Hi I am Ojaswee, the proud owner of Hero Honda CBZ-Xtreme. Now after all those hardships and pleasures of owning my machine for an odd 35000 kms {around 3 ½ years} I can proudly say that yes I have “lived off the edge” for all these years. Be it in any aspect like handling, performance, reliability, availability of spare parts etc. 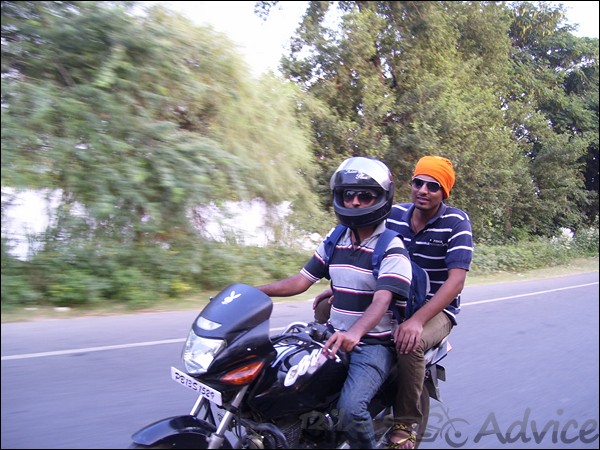 This bike has given me enough for the price I paid. Still today it can shake the roads up and live up to its extreme features.

I am trying to give you a short summary so that all that fellas who are waiting to put their hands on this machine can be satisfied. 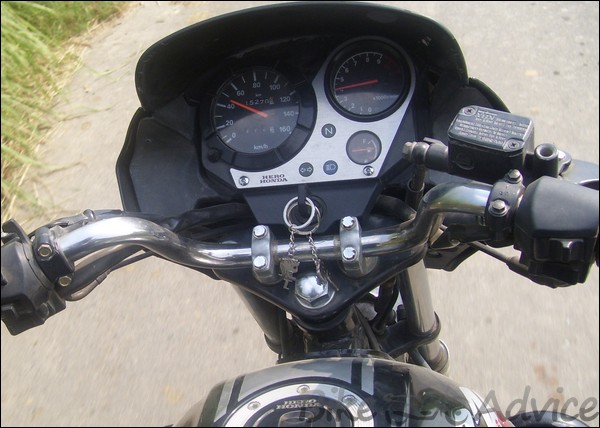 Which means that it produces enough of low range and high range torque. The engine has no vibes at all on any speed and any gear. And it easily takes you to 110+ km/hr at a flick. One have no complains about the engine .

CBZ –X does not let you down in any condition be it in traffic or in highways. The acceleration is smooth and reaches 0-60 in just 5 secs. Unlike other bikes the bike does not feel that need of punch after 80kmph it is all the way smooth till 110+kmph. I have took it to 115+ and never felt loosing grip on such high speeds.

The bike handles like a cycle in the city traffic. Although it might be difficult for a short rider to control the bike after braking. But in anyways the bike handles decent. In highways the bike is rock solid. The more you increase the speed the bike feels more planted. The bike produces good midrange and high range power output and moves whenever you want the baby to.

Now this is the section Hero Honda CBZ-Xtreme should be improved on. The rear drum brake sucks on hard braking. The rear wheel tends to lock down and drag along the road. Other wise it does its job well but not good. Although the front discs make up for that but they also lack bite and are not like the pulsars [damn the Pulsars have got really great stopping power]. The brakes when applied generously and both the brakes applied simultaneously it does a good job.

This is the con of the old CBZ-X over the new CBZ-X [ATFT]. My bike gives 38-40kmpl in city and 48-52kmpl on highways [kept between the speed of 45-55kmph which is basically not possible when you have such kind of bike].

This is a different criterion for everybody and depends on the person. I myself like the tough and rigid look of the bike with the single pilot lamp placed roght on top of the headlamp. The led brakelamp and the clip ons are awesome. The indicators are merged into the visor which improvises its looks.

One can rely on Hero Honda CBZ-Xtreme more than his girlfriend. I rode it since years and ho god the bike listens to me whatever I say. No major problems as I serviced it regularly. The parts which had to be changed or which if changed can be use ful.

I have explained all the aspects of the bike in detail as much as I could. The CBZ lovers can go for this machine at once. Those who are looking for the mileage factor can also have a look. 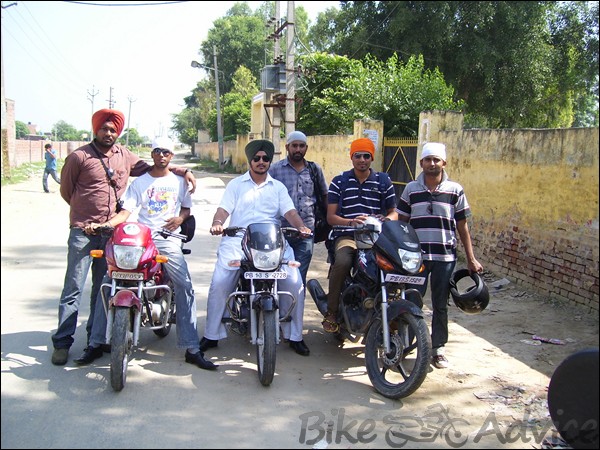 But for those who are not performance seekers will expect not too look at it. But the matter of fact is that I love my bike and its my pride. If anybody asks me which bike is the next then I would probably say that it would be the Hero Honda CBZ-Xtreme.