Probably the biggest unveiling coming from an Indian auto manufacturer at the Auto Expo, apart from Bajaj’s new bigger Pulsars, was Hero’s HASTUR. 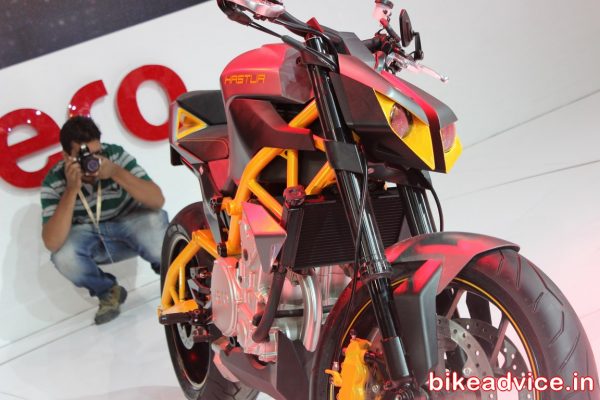 Taking the center stage at Hero’s stall, Hastur looks all the more a bike which naked-lovers will love. It carries futuristic design and wide, real wide handlebars.

Here are a few quick details on Hastur:

The new engine has been developed by Hero and doesn’t have any resemblance with Honda. Yes, partner EBR does have a role in the overall design and engineering of the biggest motorcycle from Hero. 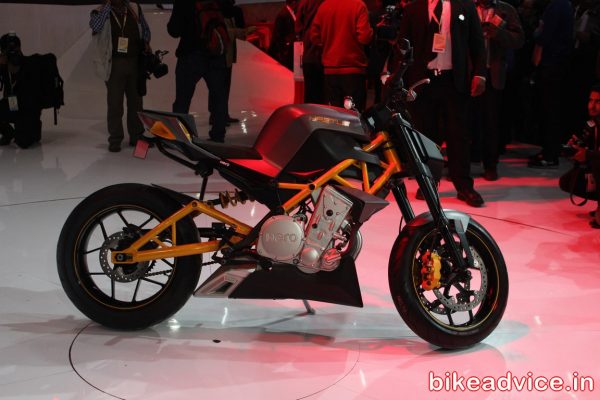 Hastur looks real radical with its twin projector headlamps and very aggressive front biased side stance. Those meaty front and rear tyres add to the overall style of the bike and the company has really showed that they are here not to merry around and continue selling those 90s 97cc models, merely!