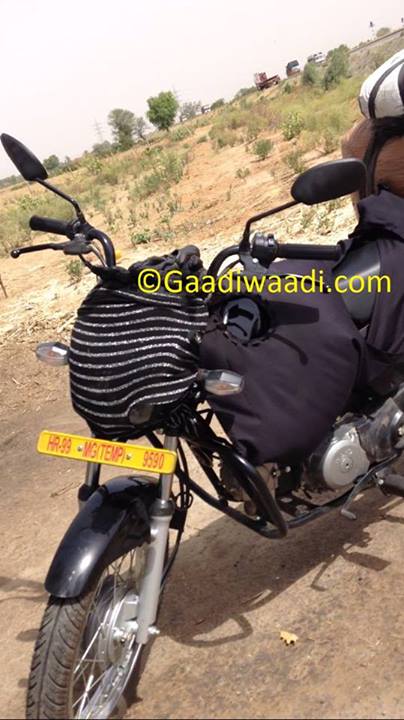 Hero MotoCorp is trying hard not to let any of its competition (did you read Honda?) get better of it. They know that if they want to keep their volumes high, products like the Karizma and HX250R (upcoming) won’t be of much help.

The mass market cheap commuters are always the highest contributors to showcase high monthly sales! After updating the Splendor, Hero is working on a new 100cc commuter bike which is to be based on the HF Deluxe. The bike is expected to be one of the cheapest motorcycles in India.

Heavily camouflaged images of the same have cropped up on the internet for the first time courtesy Gaadiwaadi.com. The bike looks to be a pretty basic one. Simple steel spoke wheels, ultra basic instrumentation cluster and a tiny engine which is bound to be incredibly fuel efficient considering Hero’s impeccable track record in this area. 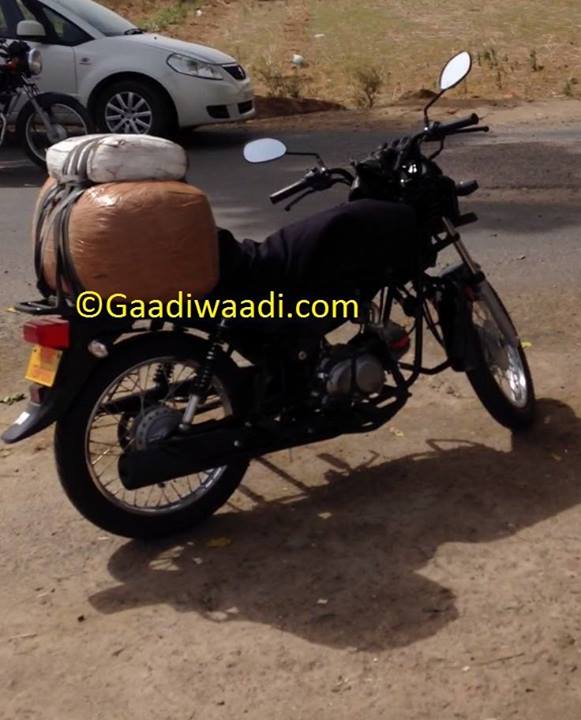 Hero will most probably be using the same 97.2cc from the Deluxe, which churns out 7.8PS of maximum power and 8.04Nm of maximum torque with the help of a 4 speed gearbox. 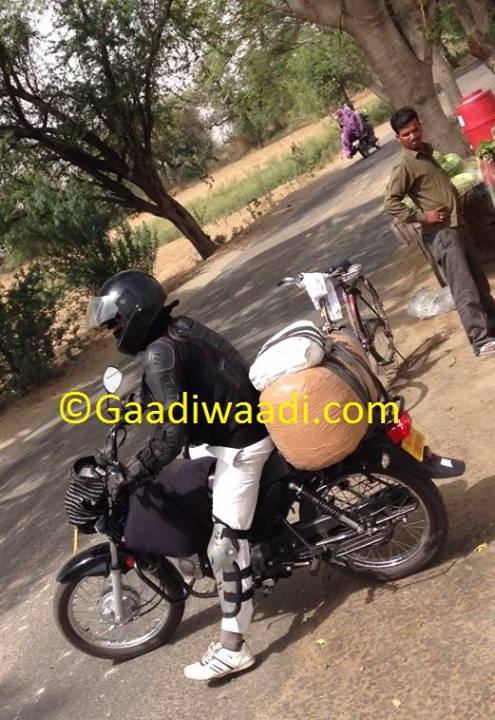 The spy shots show the new motorcycle to be carrying a sort of a load in place of a pillion rider, which indicates that it is undergoing some sort of a load bearing test. It will quite certainly be aimed at the rural segment, in which Hero has a strong presence. 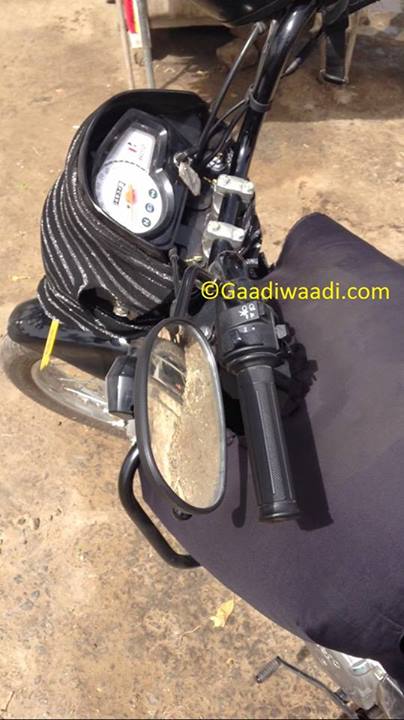 The Hero HF Deluxe starts at Rs 40,250 and Hero’s cheapest bike the HF Dawn starts at Rs 37,900 (both prices ex-showroom, Delhi). The new bike will definitely be priced cheaper than this and anything around the 35,000 barrier would be something competition will have a tough chance to catch up.

The indicator look sophisticated but the looks of the rear end is spoilt by the boxy rear lamp, but then you should not be expecting too much for a bare basic motorcycle!