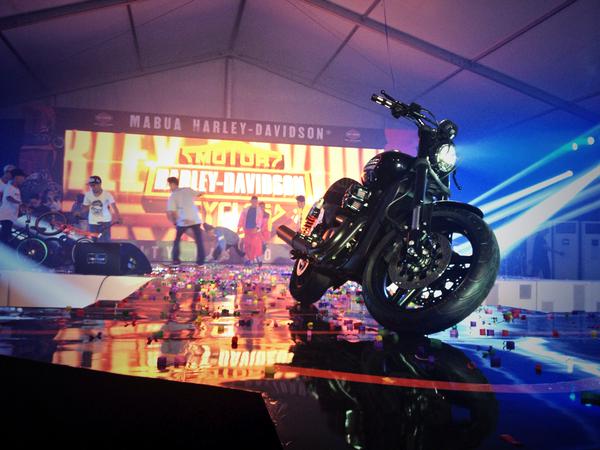 Harley Davidson has launched the Street 500 in Indonesia at a gala ceremony in Jakarta. The bike has a price tag of 219 Indonesian Rupiah which is about 11 lakhs in Indian Rupees. This made in India bike (yes Harley manufacturers the Street 500 and Street 750 at their Haryana plant), though not sold in our country, is the cheapest Harley Davidson on offer in the world and is the smaller sibling of Street 750!

With this twin cylinder 500cc motorcycle, the company intends to offer a Harley experience at minimal prices. The Revolution X engine has a peak torque output of 40 Nm at 3,500 rpm and has a claimed fuel efficiency of 27.03 kmpl. Street 500 looks very similar to its elder sibling the Street 750 in design and it is really hard to distinguish between them. 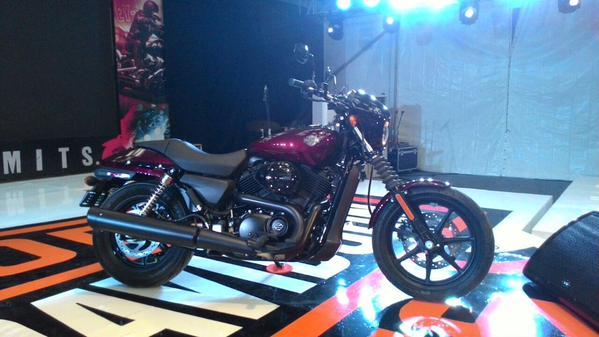 Mabua Harley Davidson did not launch the Street 750 in Indonesia as importing the bike will cause its price tag to jump higher than its other products. While the 883L SuperLow has a price tag of 368 million Indonesian Rupiah, the imported Street 750 will carry a price tag greater than that. There are rumours though that Indonesians can purchase a Street 750 on special order. 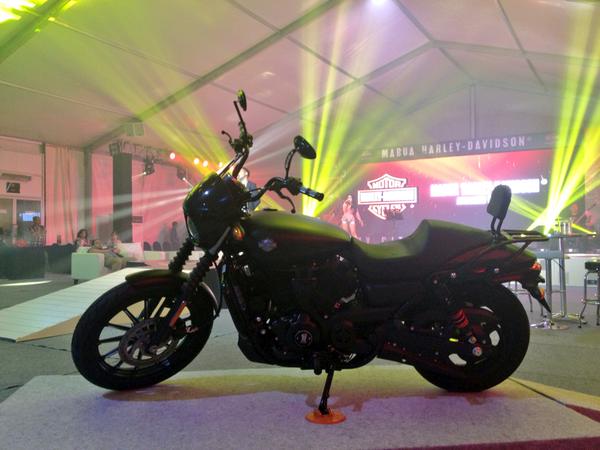 The Street 500, unlike its bigger sibling the Street 750, has a blackened engine (with polished metal fins) and black cast aluminium wheels. It also gets the first all-black exhaust to roll out of a Harley Davidson assembly line in 70 years! Look Ma, no more shiny chrome overload! :-D. The three dimensional tank medallion though looks great in steel. The overall design is well complemented with a LED tail lamp and low seat height to make it look a sizeably bigger motorcycle!