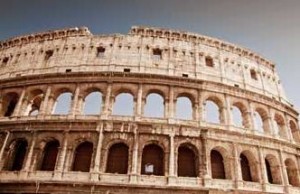 The company will first celebrate event in Europe followed by USA. It is planning to celebrate in Rome during 13-16 June 2013. The 110th Anniversary European Celebration will be a multi-site event in Central Rome, Vatican City and Port of Ostia. It will include activities such as Harley Village with entertainment, food and drink, multiple stages for music and live bands, Demo rides and Jump Start in multiple locations, Parade, Custom Bike Show, Expo and motorcycle display areas, Exclusive H.O.G. area, Dealers and merchandise and various Vatican City activities.

It will celebrate in Milwaukee, a largest city of Wisconsin state in USA during August 29 to September 2013. Milwaukee is a home of Harley Davidson and the event will be much more grand here. Apart from activities Harley Davidson is planning world’s largest Bike Night at The Harley-Davidson Museum on Thursday, August 29 and special H.O.G. 30th Anniversary Celebration starting on Thursday, August 29.

Harley Davidson is a brand which is survived in great recession and competition from Japanese manufacturer in USA and it is still dominating in its segment after 109 years of existence.