Tomorrow is a new dawn. A new chapter in the 107 year history of the company and the birth of the genuine Harley-Davidson experience in India. A billion dreams find voice in this glorious land, as India fulfills its destiny as a 21st century powerhouse. At the heart of Harley-Davidson is the promise to inspire and fulfill dreams, to free the spirit. Our paths were destined to cross… 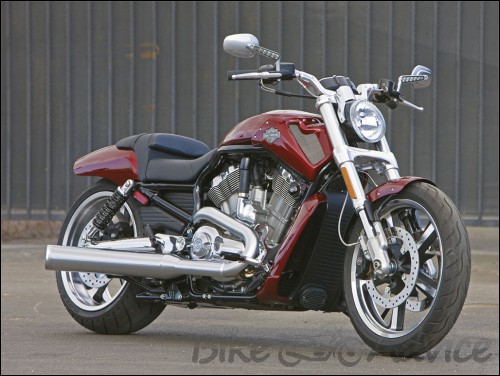 With these words, the best known cruiser company of the world, Harley Davidson makes it foray into the Indian subcontinent to entice us to chase our unfulfilled, unseen, unrealized dreams with its world class superior tech laden monstrous range of cruiser bikes. This comes at a time when Indian market has been a hot favorite among all the foreign brands. With the launch of big bikes from Suzuki, Kawasaki, Honda and Yamaha, market has been seen quite ripe for 10 lakh plus bikes in India. Although these bikes target a very minuscule yet very lucrative segment of the crowd, these advancements certainly heralds the way we are heading to.

Harley Davidson has been mulling over its foray into the Indian subcontinent for quite sometime now but due to some legal issues and stringent pollution norms they were not able to make it to India. But seems like things have finally settled down and we can experience the true Cruiser magic to be unleashed on the Indian roads pretty soon. The official launch has taken place and the bikes are expected to hit the roads by mid 2010. Harley plans to introduce the following bikes to India

The company has set up its subsidiary at Gurgaon and has started inviting applications from dealers. As of now all the bikes would come as CBUs (Completely Built Units) and later on we might see the assembling part being done here, in turn reducing the price tags of these bikes. The company, which sells motorcycles in more than 70 countries, has planned to strengthen its brand first through various customer experiences and feedback.

All the bikes would come upwards of 12 lakh INR and would ensure that you get the best of the fascinated American experience. For this sake, Harley is building a well knit chain of dealers in Mumbai, Delhi, Hyderabad and Punjab initially and later on spread to other potential cities along with service stations choosing the very best and technically qualified people from the industry.

To add to the true Big American Cruiser experience, Harleys would provide custom made tattoos and company authenticated riding gear as well which would enhance the raw looks of the bike and the biker and instill the true cruiser feeling. So what is the wait for, Big Boys are finally here! For more information read Harley Davidson India Official Website