Almost every biking enthusiast knows the oncoming of the worlds famous Harley Davidson to India and even bigger known fact is the insane prices of the bikes. The prices for the base models would start from a hefty 7 lakh rupees and would go all the way to a whooping 35 lakh Indian rupees! The heavenly prices are due to a reason and that reason is the import duties levied by the Indian Government on products which are produced in a particular foreign country and imported and sold as it is here in India as Completely Built Units (CBUs). The company has to pay close to 80 percent of the overall cost of the bike as duties to the government. Harley Davidson did negotiate with the Indian government to lower the import levies on its products but the talks did not bear much fruit. 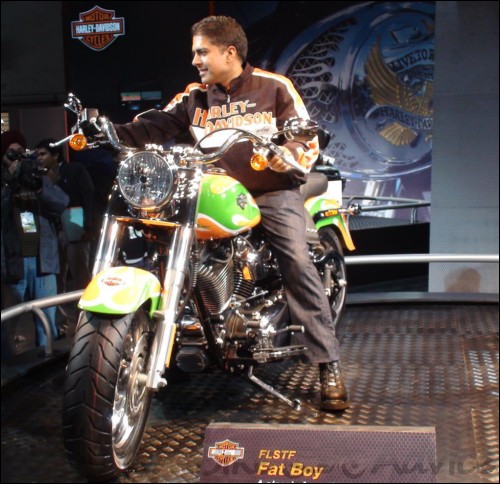 However, the company is now considering a proposal to sell its bikes here in India as Completely Knocked Down units (CKDs) as products in this form would attract much lower duties. While the motorcycles would continue to be manufactured in the States, they would be dismantled and shipped to our country as CKDs and would then be reassembled at the company factory before moving to the five dealerships spread throughout India for final sale. This would save the company a lot in terms of costs incurred in bringing every motorcycle as CBUs and make them cost effective. Harley Davidson’s Chairman, Anoop Prakash has been clear in launching his plans and wants to make the bikes as affordable as possible and this tact goes in favor of the same plan. With falling sales at their home in US, Harley is desperately and aggressively trying to capture market of developing nations, India being one of them. To tap the market a sustainable sales pattern and stable growth is required; more so, in the Indian cost conscious market.

The company has big plans set up for India and would be selling a total of 12 models for sale starting this April. By following the CKD route, Harley Davidson would be needed to pay only 30 percent of the overall bikes cost. The direct impact would be the final prices which have to be borne by the end customer and as a result prices would go down considerably to make the bikes at least (impractically) desirable. The ball is rolling at the upper management’s court and it’s still undecided which direction the higher management will think. One thing which is for sure is that the first lot of motorcycles would come down as CBUs when they go for sale this April when Harley would officially begin its operations here in India.