Good news for Harley Davidson fans. US motorcycle manufacturer Harley Davidson is to set up plant in Haryana for assembling some of its current motorcycle offered in India. The upcoming facility at Bawal in Haryana will become operational in the first half of 2011 with an initial capacity to assemble 200 bikes per year. The plant will spread across 70,000 square feet, the company said in a statement. Harley’s popular Sportster is one of the bikes which will be assembled in this plant while some model will still come as Completely Built Unit (CBU). 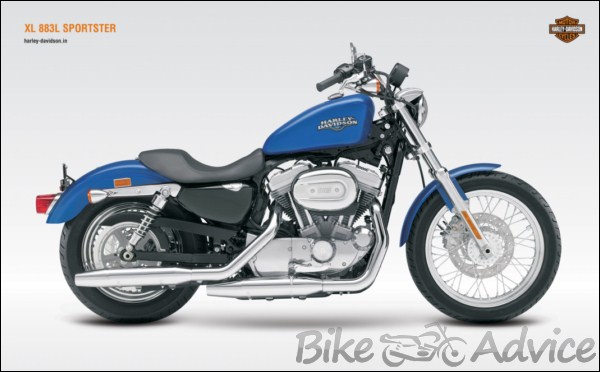 It is to be noted that a CKD route attracts 60% rate of duty while a CBU (Completely Built Unit) attracts 110% rate of duty. It will reduce the cost of motorcycle around 20-25% the benefit of which can be passed to consumer. “The new project will make our bikes more competitive in the market,” said Anoop Prakash, Managing Director of Harley-Davidson India.

“CKD assembly operations in India are a natural next step for Harley-Davidson as we build our brand presence around the world. This investment will allow us to improve our market responsiveness and production flexibility while reducing the tariff burden, which we expect will drive growth over time by making our bikes more accessible to India’s consumers.

Given the strong response we have received in the initial months of retail operations, we believe this is the right investment for this important market.” Harley-Davidson Motor Company President and Chief Operating Officer Matthew S. Levatich said in the official PR.

He also said that “We are committed to global growth and growth in India for the long term. India’s rapidly growing economy, rising middle class and significant investment in construction of new roads and highways are paving the way for leisure motorcycle riding.”

Harley Davidson entered in to Indian Sports bike market in the July month of this year. Currently the company offers 12 models in India which are sold through CBU route. India which is world’s second fastest growing automobile market has witnessed fancy of every global motorcycle manufacture.

BMW recently announced to sell its BMW Motorrad range of motorcycle via CBU route from December this year. Beside this Kawasaki also announced to launch bigger Ninja by the end of this financial year through CKD route. Currently super bike market in India is of 1,000 units which are mostly dominated by Japanese companies Honda, Yamaha and Suzuki while Ducati has small presence. The new assembly plant will give Harley competitive edge over other super bike manufacture.