The apex of motorcycle racing in the world, MotoGP is again at the corner this year with teams already readying their plans to test the new machines at various circuits. Teams are now busy testing their machines before the race schedule begins. And, on the other side, there is serious work going on with the 2014 version of the machine. HRC Executive Vice President Shuhei Nakamoto in an interaction with motogp.com at Sepang revealed Honda’s plans with its bike for the future. Honda is still not ready with its bike and its launch has been delayed to the time when teams will be at Valencia for tests after the final race ends in November. He hinted at some specifications of the RC213V, a name which Honda is desperate to change very soon with the huge amount of publicity it is going to gain in these few months. 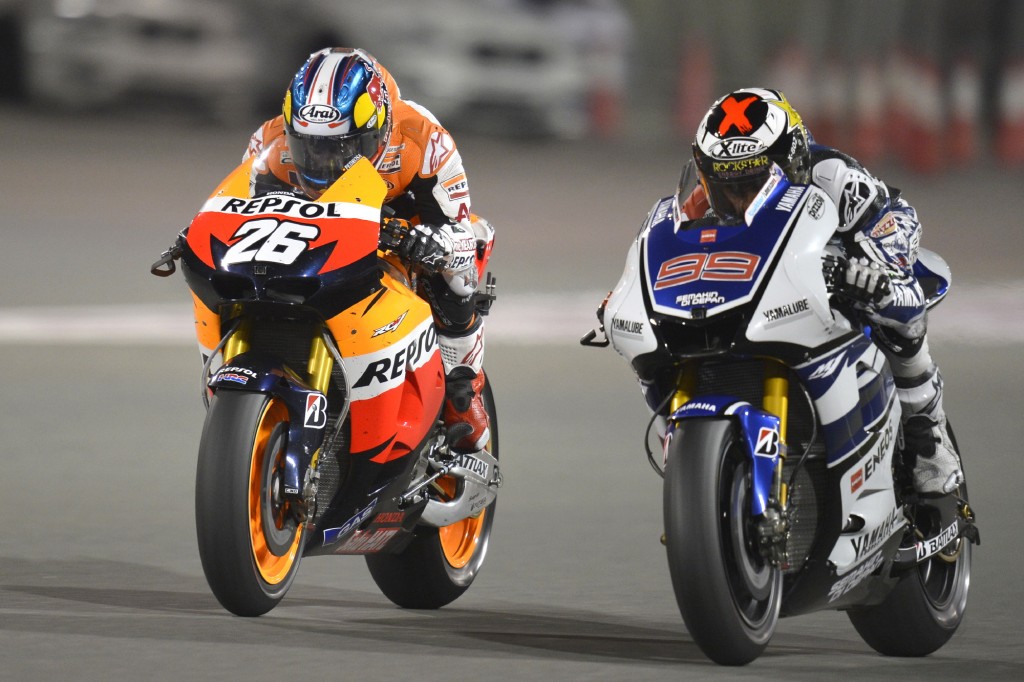 Surprisingly, the bike will be featuring conventional valve springs whereas the factory machine uses pneumatic spring loaded valves. Also, featuring will be a conventional gearbox as opposed to the seamless gearboxes used in prototypes. ECU will be supplied by Magneti Marelli with the software being provided by Dorna (common for all the bikes). This states the bike can run 24 litres of fuel. With a change in regulations, from 2014 it will down to 20 litres.

Mr. Nakamoto also added in his statement that the engine development work was very promising. But the difficult part in development of the bike was producing a chassis at a low cost without any compromise in performance. Dorna also made it mandatory that the bike shouldn’t cost more than 1 million Euros, a limit sticking to which was very difficult according to Nakamoto. “It is not easy building a Grand Prix bike for a price of one million Euros. Anyone wishing to get their hands on one will be sorely disappointed.” Nakamoto said.

Mr. Nakamoto might be right but this piece of information reveals the huge development costs involved in design and development of these machines. And this exorbitant cost is one of the primary reasons for many teams not being able to sustain themselves very far to the future.