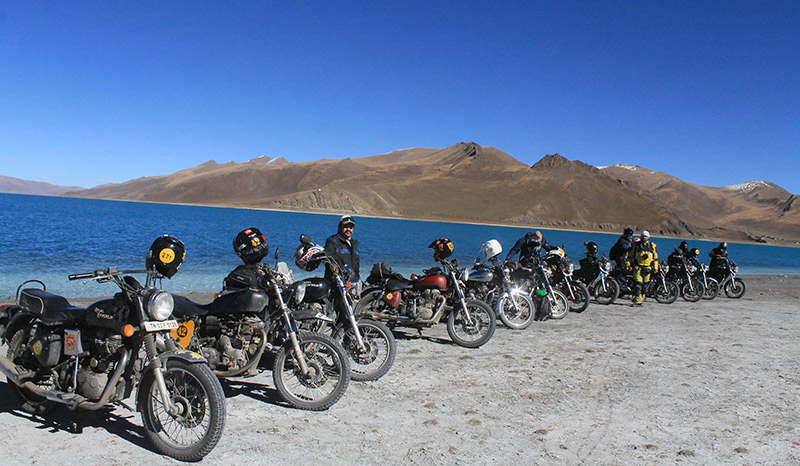 Royal Enfield has announced that the 4th edition of the Tour of Bhutan will commence from Siliguri, West Bengal. Riders from different parts of the country will be flagged off for an epic ride which for the next 12 days will take them through one of the most scenic and uncharted terrains of the Himalayan range.

The tour is set to begin on October 10, 2015 and registrations for the same have already begun on their website. The registration fee for the Tour of Bhutan is Rs 38,000 for individuals and Rs 76,000 for couples. This includes lodging and boarding arrangements on a twin sharing bed and breakfast formats. Riders however, will have to pay to for their own fuel, meals and snacks and anything else not listed and included in the package.

The tour of Bhutan is an action packed adventure in the Himalayan Kingdom through the snow-capped mountain peaks in the eastern Himalayan ranges. Royal Enfield riders will be cruising through the country roads lined with orchards and rice fields, dotted with tiny villages and bustling marketplaces; where they won’t find any long straight stretches, with most roads ascending or descending into the hills in a series of sharp or smooth curves. Traffic on the roads will be minimal but the terrain is challenging enough to ensure that nobody gets bored!

The route too has been selected carefully to provide ample challenges which includes slushy off-road trails, water crossings, gravel tracks, cross narrow suspension bridges as well as straight stretches through some of the most pristine forest.