The drastic rise in city traffic is not only a problem with Indian cities. Most of the developed nations across Geographies are also facing the same setback. This is the reason why most companies concentrate on Urban Mobility concepts assuming the fact that the scope for these vehicles would be amazingly great in the near future. Parking problem is another key issue worth concern these days irrespective of it being two – wheelers or four – wheelers. 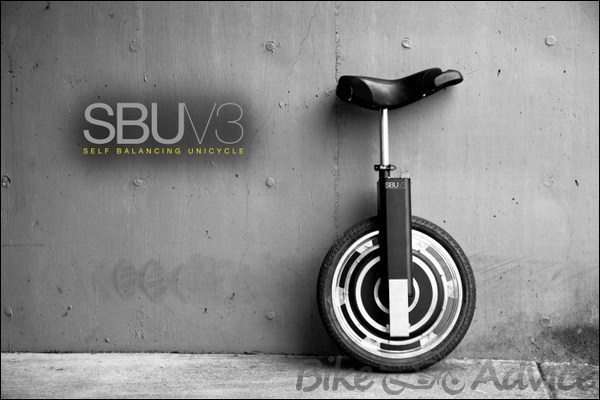 The SBUs which is the acronym of Self Balancing Unicycle has already been in few countries for quite some time but hasn’t been a great hit as the way it was expected. Despite the advantages of folding and taking it along and freedom from hunting for parking spaces and this proves to be a real head – ache when you’re running short of time. But the main reason for its failure is mainly attributed to the reason that it still works on mechanized basis.

The time has come that acts as a solution to this conventional problem. The motorized version of the SBU has now hit the market. ‘Focus Designs’ is a company that already deals in this space and has two earlier versions already in the market. These are called ‘Electric Unicycles’ in generic terms.

The third version V3 is the latest model from the company is named SBU V3 is a motorized version which proves to be user – friendly when it comes to the usage. Since the SBUs run on just one wheel, getting used to this takes a long time for the users to get used to riding of these vehicles.  The users confidently get their hands on these vehicles and zip fast their friends in a very short time. 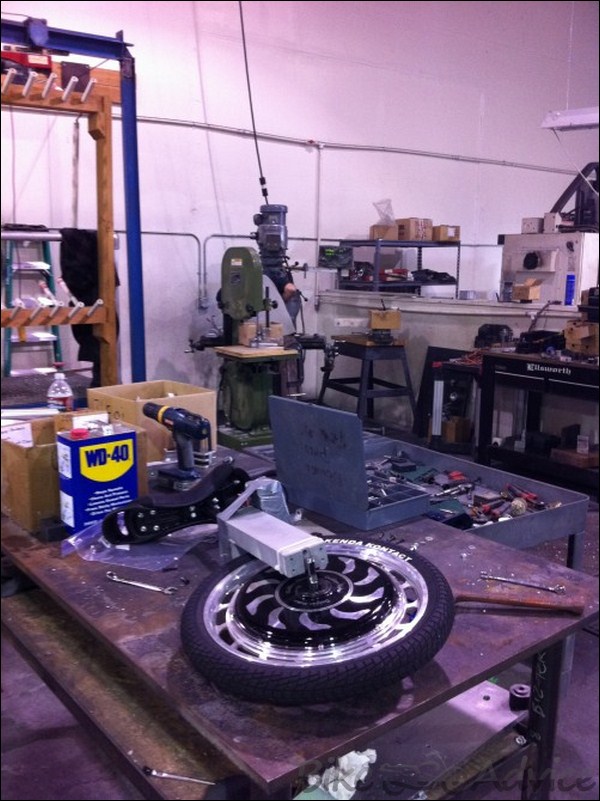 It is roughly estimated that the time to get used to that V1 was a couple of hours and the same for the V2 was reduced drastically to just 20 minutes. The time taken to get used to this latest version V3 is hardly 5 minutes. The company also offers the option of attaching Noob Wheels at US $85 for a set of two under each of the foot wedges which aids in balancing the vehicle.

The latest version has also seen a few changes compared with the old versions. The first notable change in the new wheel design which looks funky and is way too cool. There is also an increase when it comes to the top speed at the expense of range. Focus Designs – the electronics designer behind the Solowheel – has gone for higher voltage 53V/2.5Ah Lithium iron phosphate (LiFePO4) battery packs for a range of at least 7.5 miles (12 km), but the rider may be able to stretch that up to 10 miles (16 km). The SBU V3 manages a top speed of 15 mph (25 kmph) and 0 to 10 mph (which is 16 kmph) in 3 seconds of time from its 1000 Watt BLDC electric motor.

The SBU V3 manages to cater the need of the user to upto two hours of time. There is a LED light embedded in the power button which keeps the user aware of the remaining charge left in the battery. The best feature that I liked in this SBU is the way it handles once it runs outta charge. The SBU will slow down gradually and then come to a halt. (For a change just think how awkward would it be if the vehicle stops without more ado right there in the mid of the road and throws you away creating a scene there with everyone looking at you). There is also a power over – ride key lock, too, for the prevention of accidental activation during storage. 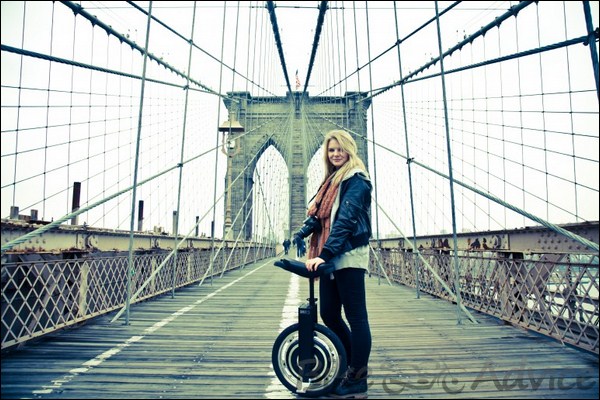 “For 95 percent of previous customers polled as well as a sampling of random people questioned this falls within an adequate range for both their commute and just plain zipping along town,” the company’s David Martschinske told us. “We’ve debated a bigger and longer range version but when it came down to it we needed to blend portability with range. It would be much more expensive and bulkier to effectively increase the range while still maintaining the performance boost of a higher-voltage battery. A lot of thought went into the decision of a higher voltage pack and users love the performance boost on SBU V3.”

As we’ve been mentioning above, balancing this vehicle is what the biggest problems with SBUs. But that’s not really the case with this one designed by Focus Designs. There are on – board sensors in this SBU which takes care of this issue. There are some 1,000 balance calculations being made per second for rapid correction which aids balancing act to a greater extent. However, leaning on the bike in order to make the bike turn is left to the user himself. A user leans forward to move, back to brake, left and right to turn. The SBU V3 also features some niche technology which makes it automatically slow down the vehicle if it detects that the rider is trying to push it beyond its capabilities.

There is a hub motor which takes care of the braking issues. It makes use of regenerative braking technology and there’s also present a variable speed control. The presence of Turn assist algorithms are said to provide stability throughout a turn, and the vehicle is able to climb a 30 per cent grade hill. 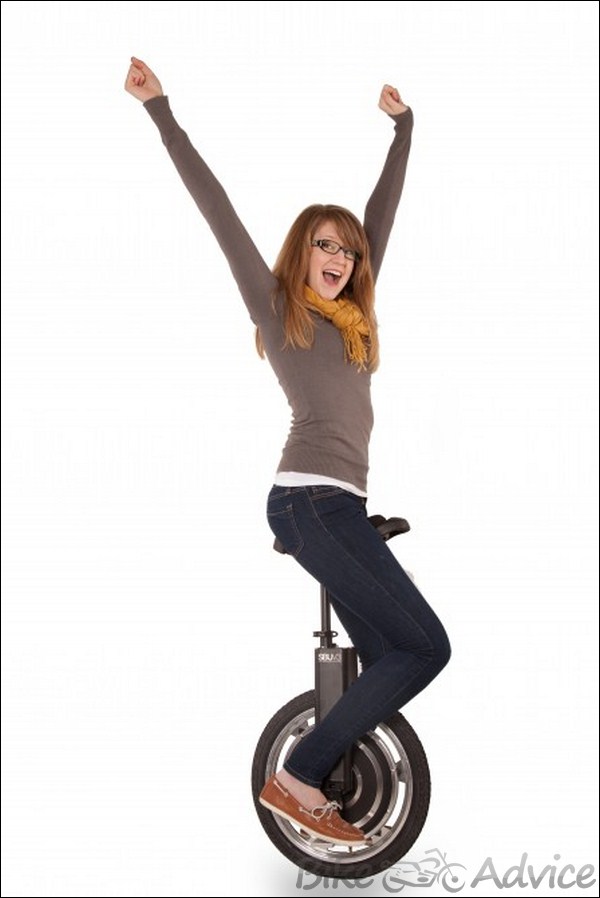 “The look of the old frame was a little too boxy for us,” said Martschinske. “We’ve completely gone back to the drawing board with the design and made this new SBU smaller and a lot sexier (at least in my option). We also removed the cheap looking stickers for labels and upgraded to laser marking.” “The old frame would get dinged up corners upon any crash,” continued Martschinske. “This new frame is actually protected by the seat. In the event of any crash no part of the frame (except for the foot wedges) will hit the ground, resulting in a clean frame after any crash. The foot wedge would occasionally twist on impact and would require re-tightening quite often. It was rather annoying for customers (as well as us). The new foot wedge is much sturdier and designed to prevent any twisting. It is also capable of lying completely flat upon storage.” 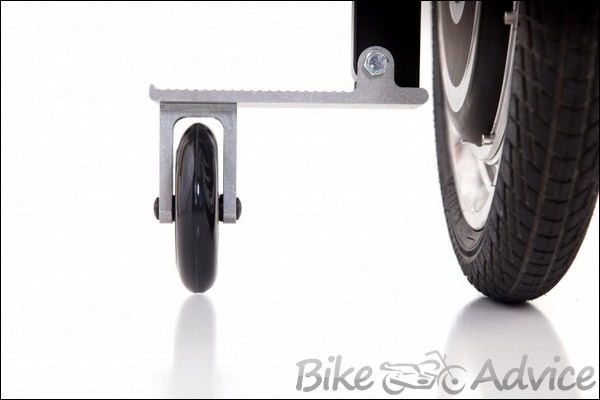 The best thing about the V3 is that this is lighter in weight than the earlier couple of versions. This weighs just 27 pounds i.e., 12.2 kg. This particular SBU comes up with a price tag of US $1,795 which is approximately INR 90,000. Do not compare this price with a bike here as this falls in an entirely different category.