Piaggio group, the Italian two wheelers and three wheelers manufacturing company has unveiled some new models in EICMA 2011. The company which is soon going to sell its Vespa brand in India. Let’s have a look to its scooter range in EICMA 2011. Piaggio group has many brands like Vespa, Derbi, Aprilla, Moto Guzzi, Piaggio etc. As far as its Vespa brand concerns the company unveiled Vespa 46.

Vespa 46 (Quarantasei) derives its designing cues from the 1945 MP6 scooter prototype and has got modern four stroke engine which has three valve and fuel injection system. Vespa 46 is a perfect blend of vintage scooter and future technology. As far as styling concern it has got retro type look. It has got a floating seat, traditional trailing-link front suspension. The headlight is placed between the handlebar which was on front fender in classic MP6 scooter. 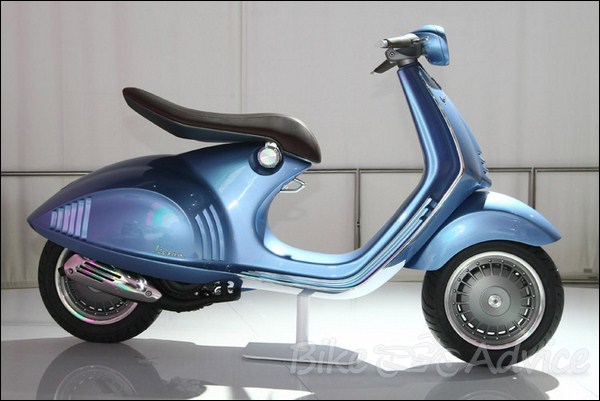 It has got futuristic speedometer and LED tail lights. As far as engine concerns it got 4 stroke, 3 valve fuel injected engine. The three valve optimizes the engine performance by increasing combustion and keeping components cool. It has two types of engine, one is 125cc and another is 150cc version.

2012 Fly is a global scooter, designed and produced to meet requirement of masses all over the world. 21012 Fly is a multipurpose, multi-faceted two-wheeler for every urban environment, from the daily commute to school or work to leisure time with friends in the city’s trendiest meeting places. 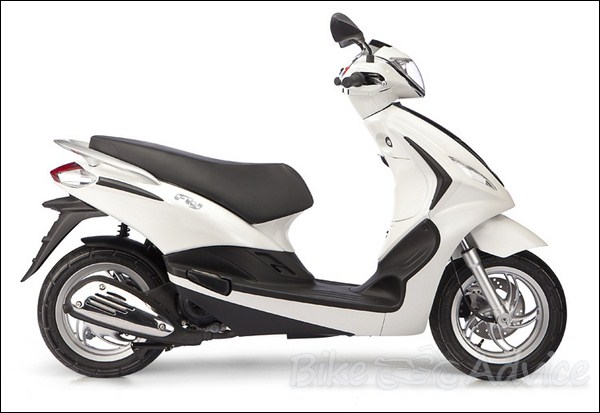 The scooter is lightweight, and offers perfect handling and safest riding. Piaggio has fully restyled this scooter to incorporate new safety features and elegant look. The company will first launch it 50 cc, 4-stroke, 4 vlave version which will be followed by 125cc and 150cc version. We will have detailed overview of this model since the scooter has lots of chances to be launched in India.

X10 is a cutting edge “maxi” scooter. Piaggio has designed this maxi scooter for those who are looking for stylish, elegant, futuristic and offers maximum comfort. Piaggio has put lot of effort in designing and incorporating new technology in X10. It has got electrically regulated rear suspension for better comfort. As far as safety concern, it has got dual ABS and ASR system and parking brake light. 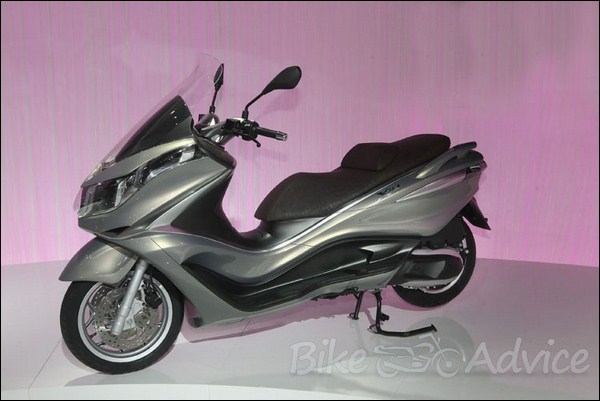 Some of the features which make it look stylish, elegant and futuristic are on board computer, LCD display, triple glove box, spacious luggage compartment and broad windscreen. X10 will three engine type 125cc, 350cc and 500cc to satisfy wider range of commuter needs.

As name suggest this is sports touring scooter which offers sporty ride and gives an unmatchable experience of sports touring. This is the Piaggio model which has brand new 350 cc engine which generates maximum power of 33 bhp. It has got new sporty and elegant look. 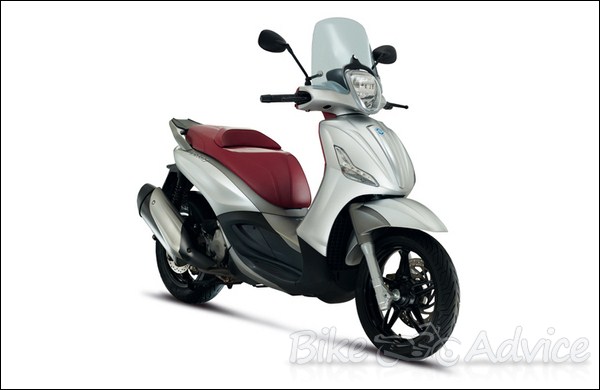 Though it has got 350cc engine, it’s capable enough of matching performance of 400 cc scooters. Similarly though its 350cc engine it has fuel efficiency, weight and emission of 300cc engine. In short you get power and fuel efficiency with ease of riding. It has 150/70 rear tyre and ABS/ASR system to ensure safety of rider while enjoying maximum performance.

Piaggio group has unveiled variant sport under the Derbi brand.

Variant Sport is an entry level scooter to meet requirement of wide variety of urban users. It has excellent ride dynamics with high class performance and optimum fuel efficiency. The entire package comes at an affordable cost. It is equipped with 14” wheels and comes in two engines 2 storke 50cc and 4 stroke 125cc. This is also a scooter which can be considered for to be launched in India. 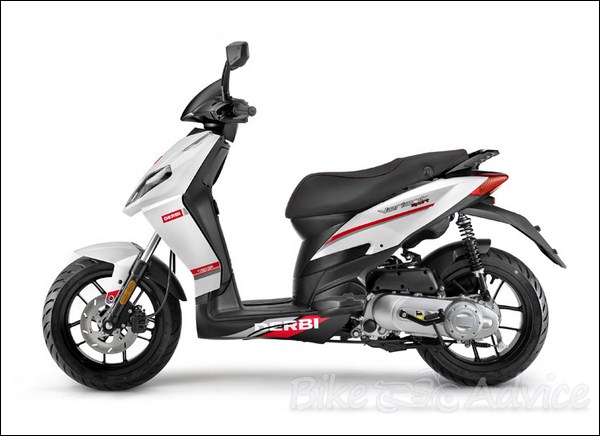 It seems that we will have new scooter breed in India considering the product range of Piaggio group.