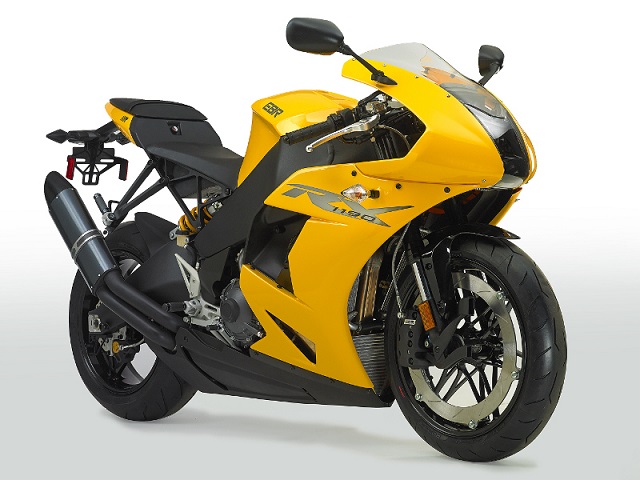 By now you must be aware of Eric Buell Racing, courtesy their partnership with Hero MotoCorp. Eric Buell Racing has unveiled their latest superbike offering, the 1190RX, at the AIMExpo in Orlando. Essentially, the new bike is a more affordable and more-streetable version of their superbike, the 1190RS. 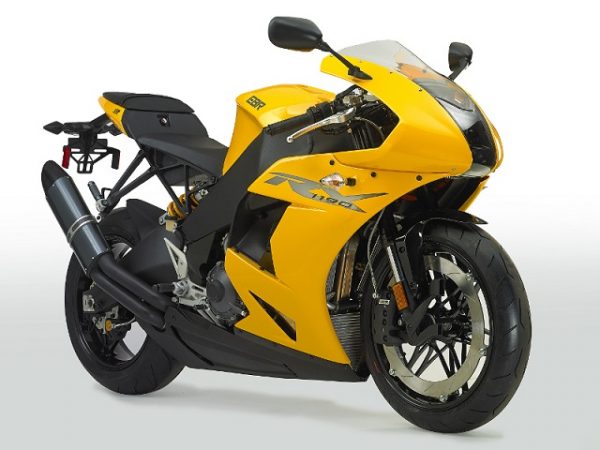 The most eye-catching facet of this bike is, infact, the price which has come a significant way down from that of the 1190RS.

The 1190RX shares quite a few parts from the 1190RS, but EBR claims 426 new parts have been developed for this bike alone. The trademark Eric Buell features remain, such as :

There is a 1190 cc V-Twin that powers the EBR 1190RX, and EBR claims a staggering output of 185 horses at the crank. Peak torque is around 101.6 lb-ft, and EBR also claims a reasonable fuel-efficiency. According to them, the 1190RX will return almost 51 mpg (miles-per-gallon) on the highways.

There is a 21 level Traction Control system that looks over the power transfer, and the 1190RX is also incidentally the first EBR model to incorporate traction control. 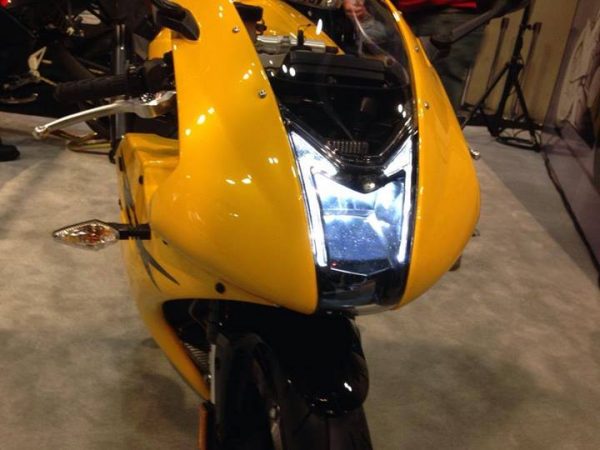 The 1190RX costs $18,995 as compared to the $41,995 price tag of the superbike 1190RS. At current rates, the EBR 1190RX will cost around 11.70 lakhs ( without taking import duties into account ). The cost-cutting has been accomplished by swapping the Ohlins forks in favor of Showa. Aluminium forks have been used in place of magnesium as used on the 1190RS.

The 1190RX will be available in three colours. They are :

EBR has stated it’s the first of three new production street bikes that is planned. It’s due to be followed by the SX streetfighter and the AX adventure bike.