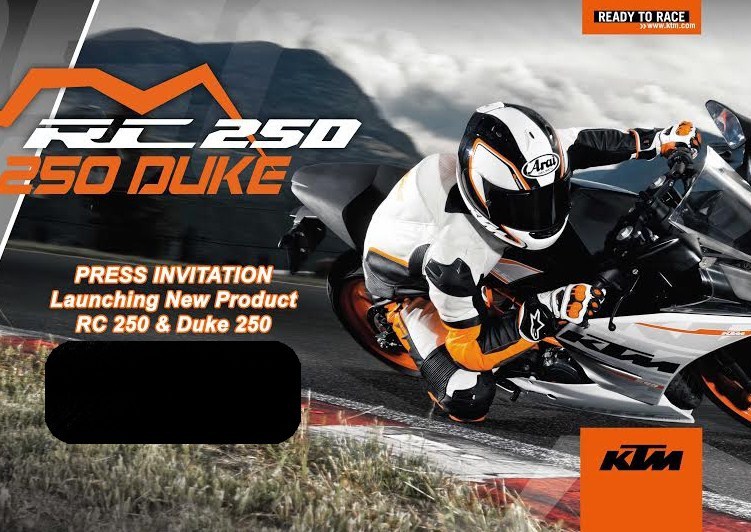 Very recently KTM unveiled their new 250 ccs – Duke and RC250 internationally and its production here in India has already commenced. What markets is KTM targeting and what will happen to their 200 cc twins was always a point of dilemma and it probably is beginning to get clear now.

According to Iwanbanaran.com, KTM has sent invitations to Indonesian media for an event which will see the launch of RC250 and Duke 250 in the nation.

Against the 25 bhp of the 200s, the KTM’s ‘Two Fifties’ produce 31.3 ps of maximum power and 24 Nm of peak torque from its 248.8 cc single cylinder motor which weighs just 37.2 kg. This light weight motor is a downsized version of the 373 cc engine of the RC390. In terms of features, the bigger 250s get slipper clutch and twin-channel ABS along with Pirelli Diabolo Rosso 2 tyres, none of which is available in any of the 200s sold in India.

This development is really interesting as Indonesia, like us, already has the RC200 and Duke 200 on sale. What will happen to them is not known at the moment. But we are keeping a close eye on this, since whatever decision they take for them is expected to be replicated here in India as well, if and when KTM decides to introduce both or any one of them here.