Ducati has developed a technological wonder for its upcoming bike 1199 Panigale and named it as Superquadro engine. The Superquadro is claimed as the most powerful engine in V-twin cylinder segment with ultimate performance excellence. The innovative Superquadro engine is named just because of it’s extraordinarily designed over sized bore to stroke ratio. This ratio is of 1.84:1 (as bore is 112mm and stroke length is 60.8mm) which is obviously very unusual in the bike industry. Its power reaches a landmark of 195hp at 10,750 rpm and torque to 98.1 lb-ft (13.5kgm) at 9,000 rpm. 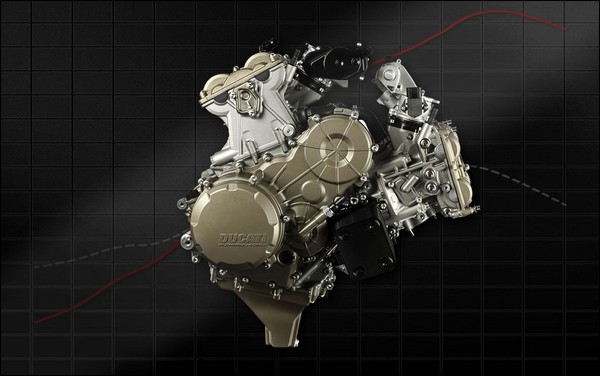 The performance curve also is an evidence of high performance of this Superquadro engine. Engine develops 70 hp even with low rpm of 4500. Power and torque curves intersect at 7000 rpm at which point engine develops 105hp. After 7000 rpm, power curve splits from torque curve and remains almost at 70 degree which indicates tremendous increase in power with rpm.  Generally, this angle remains nearer to 60 degree in other engine. That’s makes the Superquadro different from other engines.

The Superquadro engine comes loaded with extraordinary light weight components. Its construction has facilitated an essential cutback in overall vehicle weight and, allowed to elongate the period for major services up to 24,000km (15,000 miles). 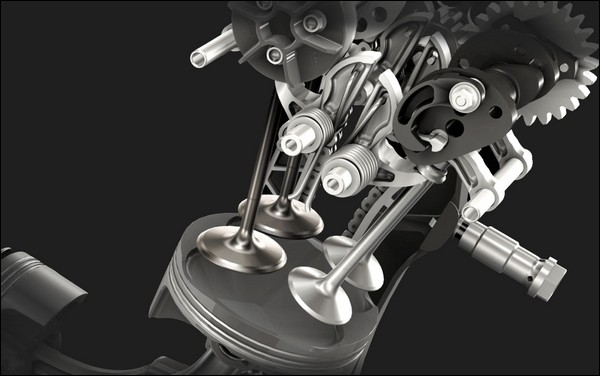 The new bore to stroke ratio is used to designed short stroke of the crankshaft which helps to increase the power output at same rpm if compared to earlier engines. Increased cylinder diameter also assisted to increase valves diameters. With these large inlet valves operating at higher rpm, the strong inertial forces have been controlled by using titanium instead of steel. The increased inlet valve diameters helped to improve volumetric efficiency of the engine. To meet the huge amount of air supply, the oval throttle body dimensions are also increased.

The new valves are put into action by plagiaristic rocker arms from racing version, and designed with reference to a process originally developed for the aerospace industry. These rocker arms are ‘super-finished’ to reduce friction and long time fatigue. To achieve this excellent smoothness, these rocker arms are coated in polymeric-like carbon (PLC). 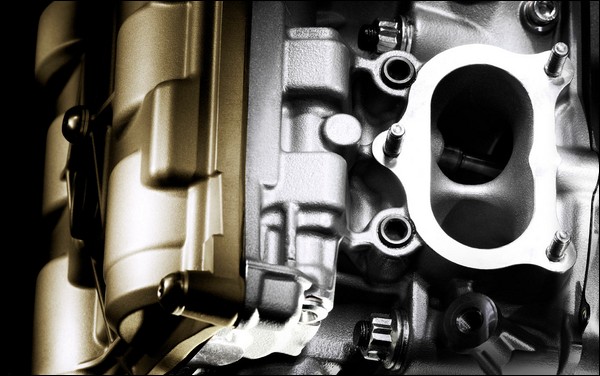 The Superquadro uses specially designed pistons which have a renowned double-ribbed construction under the crown to achieve high strength. Crown is the part of piston that carries the loads from cylinder walls. As the total piston height is kept shorter, it helped to achieve smallest piston wall surface area and reduced friction between piston and cylinder wall thus helps to decrease friction losses.

The crankcases are vacuum die-cast using Vacural® technology to ensure best possible weight reduction, unfailing wall thickness and increased strength. The primary-drive casing, clutch casing and outer cover, sump and cam covers are all cast in magnesium alloy, ensuring a feather-weight engine even though engine has to have increased strength as an integral part of the chassis.

The Superquadro uses force type lubrication and oil is fed from internal drills within the casted body to keep the new precise parts well lubricated. As the same lubricating oil has to be circulated again and again, that’s why engine uses a Ducati featured highly efficient MotoGP style vacuum pump which quickly scavenges the oil back into the sump. This fast circulation of oil avoids the generation of superfluous gases from lubricating oil. The vacuum pump is driven by the engine power and successfully maintains stable vacuum in the crankcase area below the pistons, reducing back-force during the downward stroke of the piston. 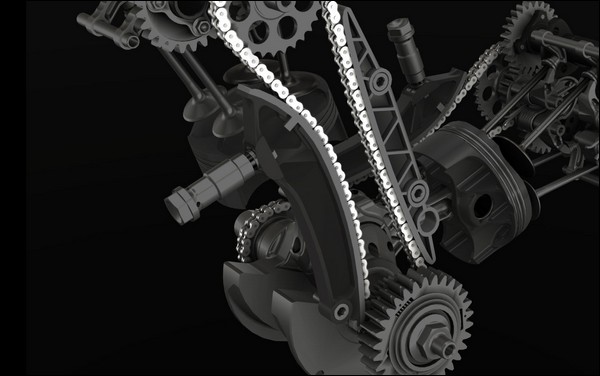 Ducati’s unique Desmodromic system was never noticed till the introduction of Superquadro. With the high engine speeds at which the Superquadro operates, with such extra large valves combined with high power, it would be impossible for the valve’s rocker-arm to follow the sharp profile of the cams using normal valve closure springs. That’s why Desmo system uses tangentially operated coil springs to ensure precision in operation of large valves even at high operating speeds.

Just like other engines, Superquadro also uses the conventional bush-type chain which runs from the crankshaft to the cylinder head. Single sprocket is positioned between inlet and exhaust camshafts. This sprocket is attached on its own short, exclusively designed small shaft. On the same small shaft, a gear wheel is mounted. This attached gear meshes directly with gears on the ends of both the inlet and exhaust camshafts. The cam chain, therefore, supplies extremely efficient drive route and, tensioned automatically, provides unremitting dependability and further dropping the cost of routine maintenance.

Besides these engineering and researches, Superquadro is equipped with some more features also.  Let’s look at them.

Superquadro proffers three different riding modes to go with road conditions, after getting assembled on the 1199 Panigale. These three modes are titled as Race, Sport and Wet. These modes are already fed in to ECU of the Superquardo to immediately alter power output. Driver can save an appropriate mode according to his driving habits and road conditions.

The Ride-by-Wire (RbW) system is a power management device for throttle. With no direct linkages between the twist grip and the throttle flaps, the engine ECU adjusts power output with respect to the amount of throttle twisted. 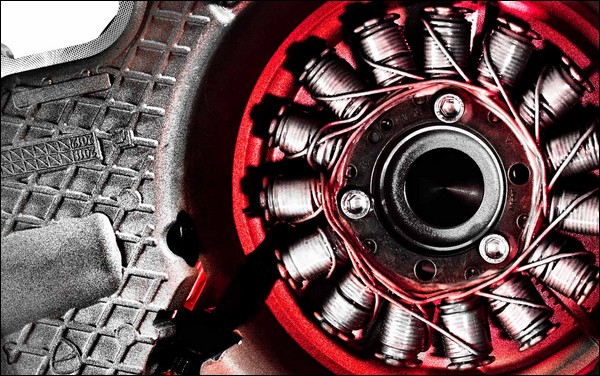 Followings are the summary for this extraordinary high speed twin cylinder engine.