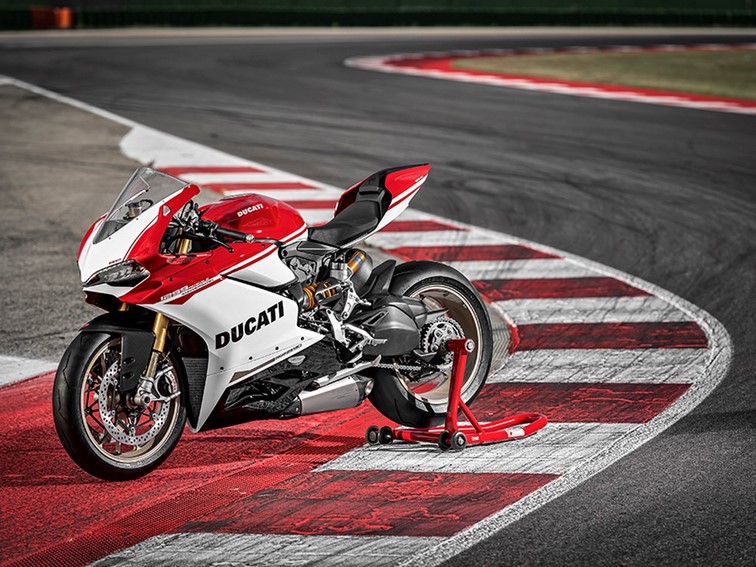 Ducati at the World Ducati Week has finally unveiled their much talked about special edition motorcycle. Yes, it is the 1299 Panigale S Anniversario! Commemorating their 90th year in existence, the motorcycle will be limited only to 500 units. Instead of being just a paint job, Ducati has also brought in a host of mechanical updates as well.

The engine remains the same 1,285 cc Superquadro, L-twin mill churning out 202.2 bhp of maximum power at 10,500 rpm and 144.6 Nm of peak torque at 8,750 rpm. What it gains is Ducati traction control’s evolved version called as DTC EVO and Ducati Wheelie Control systems which will control but also at the same time allow the rider to play with slides and wheelies. At level 1 of DTC, the rider can moderate rear wheel slide, thus drifting even while leaning.

The traction control system now even controls the throttle bodies which will allow more refined engine power modulation. The bike gets Ohlins Smart EC semi active suspension, both in the front and rear. Of course cornering ABS, bi directional quick shifter and engine brake control remains a part of the package. A special lightweight lithium ion battery, the new rear suspension, carbon fiber hugger and heel guards help in reducing the weight of the 1299 Panigale S Anniversario by 2.5 kilos! 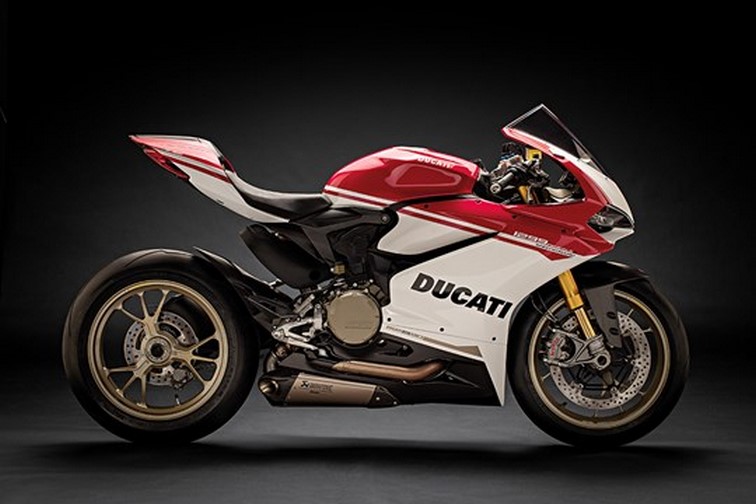 In terms of visual changes, the bike gains a new race inspired red, white and black paint job, which creates a link between their MotoGP and WSBK challenger. You also get gold painted wheels, and a gold hue on the special Akrapovic exhaust. Each bike will also get a laser etched label which will state which number of the lot you own out the 500 units available.