For some of us out here, owning a bike is a dream and for a few others, the dream is a bit on the upper side that they wanna own a sport – bike. There is a smaller segment which aspires to own a super – bike, but have anyone of you ever dreamt of owning a bike that has been used by world’s top MotoGP riders in world’s most adrenaline packed race. 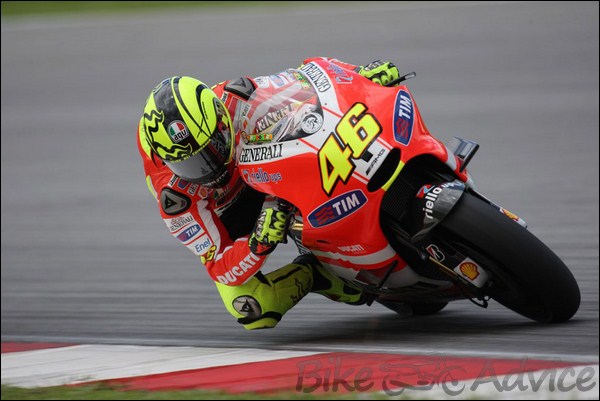 Ducati has always been an inevitable player when it comes to MotoGP races. The team became even more powerful by getting ‘The Doctor’ – Valentino Rossi in for the team from Yamaha. The news now is that the MotoGP bikes raced by Valentino Rossi and Casey Stoner are set to be auctioned off in Monaco on May 11 and 12. This is the first time that the Italian payer – Ducati has come up with such a move.

MCN states that ‘Both machines are being sold directly by the Ducati Corse racing department and will be sold at the Grimaldi Forum in Monaco alongside the huge privately owned Saltarelli Ducati collection which is also going under the hammer.’

To add on, these are not machines which were used by the team a few seasons back. These are brand new machines used by the team’s racers in the 2010 and 2011 races which means that they’re just hardly a couple of years old and not more than that and they’re fully tuned racing machines capable of doing wonders closed circuits.

“We are very excited to be working with yet another leading manufacturer and to have this exclusive opportunity to offer items that are not normally available to the public. The sale offers a once-in-a-lifetime opportunity to acquire very unique pieces of Ducati history, not to be missed.”

We’re of course clueless on why has Ducati come up with such a move at this point of time when the company itself is planning to be sold out and as you know Hero MotoCorp, the world’s largest two wheeler maker is trying hard to strike this deal and get its hands on it.

Now, here are the details shared by MCN on the two ultimate racing machines which were revved up mercilessly by Valentino Rossi and Casey Stoner respectively for the past few seasons.

Valentino Rossi’s Ducati Desmosedici GP11 “VR2” was built at the Ducati factory 6-10 December 2010 and was first started for bench testing two days later. VR2’s first track test for Rossi was carried out in the February 2011 Sepang tests and first competed in the Qatar Grand Prix the following month. It recorded a podium position at Le Mans, France in May 2011 and competed in its last race at the Dutch TT in Assen, having clocked a total of 2,342km. 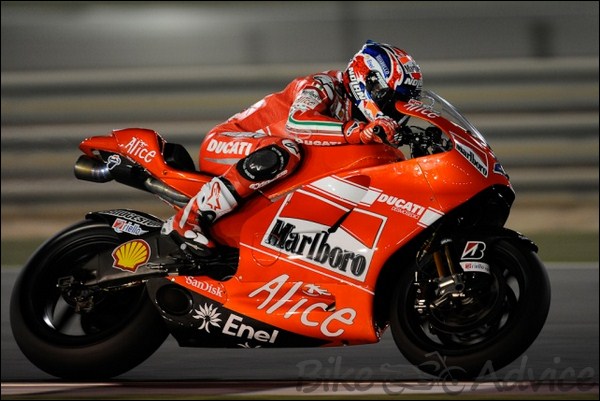 Built in the Ducati factory in Borgo Panigale, Bologna 7-11 December 2009, Casey Stoner’s Ducati Desmosedici GP10 “CS1” was first started for bench testing on 14 December 2009 before being track tested by the Australian rider in Sepang, Malaysia in February 2010. Stoner first competed with CS1 in Qatar in April 2010 and raced it to victory in the Australian GP at Phillip Island in October 2010. The machine took pole positions in Qatar, Phillip Island and Valencia and powered the Australian to podium positions in Valencia, Assen and Catalunya. Its final Grand Prix was in Valencia, November 2010 having clocked a total of 4,232km.

Ducati has also expressed its excitement on this upcoming auction. “The release of two very special machines like these is an extremely rare occasion for us, so the lucky buyer must not only enter into a confidentiality agreement, but also become a close member of the ‘Ducati family’” said Ducati Corse General and Technical Director, Filippo Preziosi. “The Desmosedici GP10 and GP11 were two very interesting bikes in our GP project history and therefore will represent exciting opportunities for serious collectors.”

We’re left absolutely clueless on what is the price for which these machines would be sold. Getting the hands on this machine along a race track should bring life to the eternal biking spirit which has been lying dormant inside the buyers of these bikes.