Imagine yourself riding Ducati on world’s greatest driving road. How does it feel? An unmatched riding experience in life never before, offered by Columbus international motorcycle holiday maker. Columbus International is Cannes (France) based motorcycle tour operator. The special thing about this motorcycle holiday that it is not just holiday, day out or weekend tour but an unmatched experience of adventurous and thrill riding. So what’s make it so special let’s have a look. 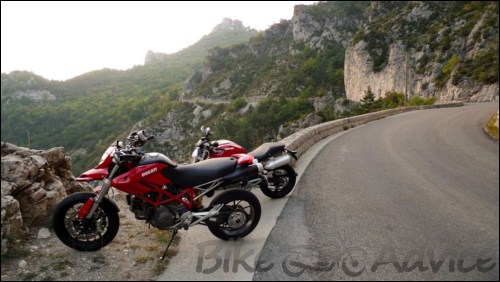 Roads in South of France: The south of France has got well developed road infrastructure. Some of these roads are considered to be best driving routes in the world as given below.

The legendry route Napoleon: The name reminds us the great warrior in the earth history Napoleon Bonaparte. Route Napoleon is the route taken by Napoleon in 1815 on his return from Elba. In year 1932 this route was inaugurated and designated as a scenic touring road. It is now a section of 325 kilometer of the French national road N85. The road passes through Alps mountain range. The route starts from Golfe Juan (the sandy cover) through Cannes, Grasse, Castellane, Sisteron and Gap to Grenoble.

There are some parts in this route which are very twisty and windy which makes it very adventurous. Beside this you will find steep roads, sloppy hillsides covered with flowers and snowcapped peaks seem like the beauty of nature in its entire splendor. A section outside of Grasse provides a panoramic view from the hills to the French Riviera coast. The road also passes through the Natural Park of the Gorges of Verdon, the “Grand Canyon” of France. Overall it’s scenic and adventurous road to drive. 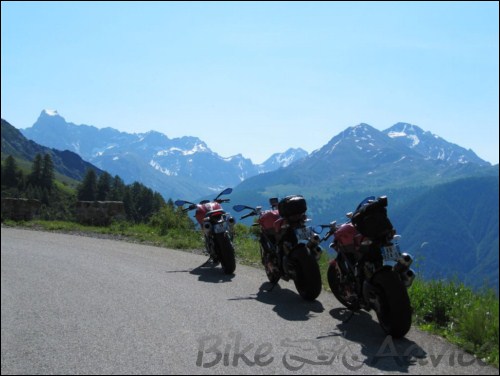 Col de Turini: Col de Turini is a mountain pass situated in south of France in the Alps. Col de Truni is a part of part of a 20 miles rally stage of the Monte Carlo Rally of WRC, which combines 34 challenging hairpins and long stretches. It is situated more than 1 mile (1.6 kilometer) above sea level. It is to be considered as one of the most complex and dangerous road to drive in the world.

Col de la Bonette: This is the highest asphalted (concrete) road in the Europe which peak at 2802 meter above sea level. It is a high mountain pass in the French Alps near the border with Italy. It is situated with the Mercatour National Park on the border of the departments of Alpes-Maritimes and Alpes-de-Haute-Provence.

Beside this there are other routes as well which are surrounded with natural beauty such as scenic Mediterranean routes between Monaco and St.-Tropez. 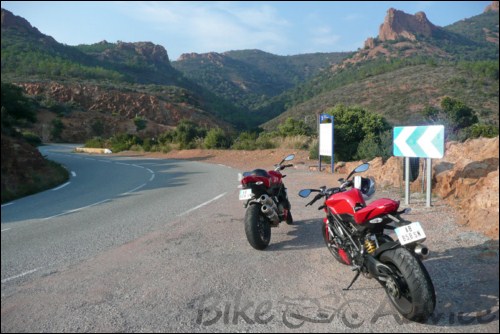 Ducati Motorcycle: The roads are the half of the story the other part is the Ducati Motorcycle. -Ducati motorcycles are perfect blend of style & performance. Mostly the only bike in the world uses dry clutch to reduce power loss to rear wheel. The unique identity of Ducati Motorcycle is large capacity, L-twin (90° twin cylinder) engine featuring desmodromic valve (which uses cam instead of spring for valve movement). In short it has unique engine features, innovative design, advanced engineering and overall technical excellence. Ducati has won fourteen World Superbike titles and more individual victories than the competition put together.

Columbus International offers you the largest selection of Ducati Motorcycles which are less then one year old and serviced to the highest manufacture standards. The range includes the latest model such as Ducati Multistrada 1200, Streetfighter 1098, Supersport 848, Hypermotard 1100, Monster 696 and Monster S2R 1000. Beside this if you are Columbus International Club member they will offer you Hollister motorcycle on your request. Motorcycle will be delivered at any location within 100 kilometers of Cannes. If you have limited luggage space Columbus International will provide you luggage transfer facility as well. They also offer helmet cameras to film your riding and create a professionally edited holiday reminder for you at no extra cost. Along the way, you will enjoy a variety There is something for everyone, with tours for gourmet food and wine lovers, sport fans and motoring enthusiasts. 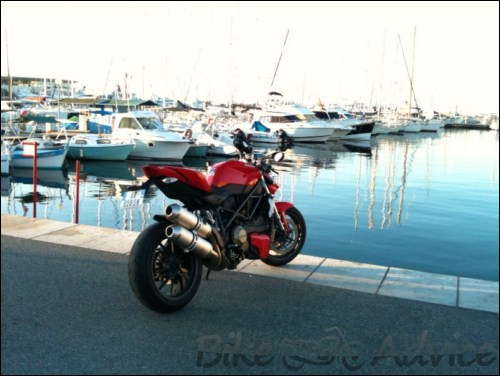 Beside this South of France offers a multitude of events. Enjoy the glitz and glamour of the Cannes Film Festival. Explore the masterpieces of Matisse and Rodin in Nice. Rub shoulders with the stars at the F1 Grand Prix in Monaco. Or, enjoy the exquisite tastes of the Truffle Festival in Forcalquier.

Access from India is easy – Nice airport is the second largest passenger airport in France with direct flights from Delhi. For added convenience, Columbus has a chauffeur to collect you from the airport.