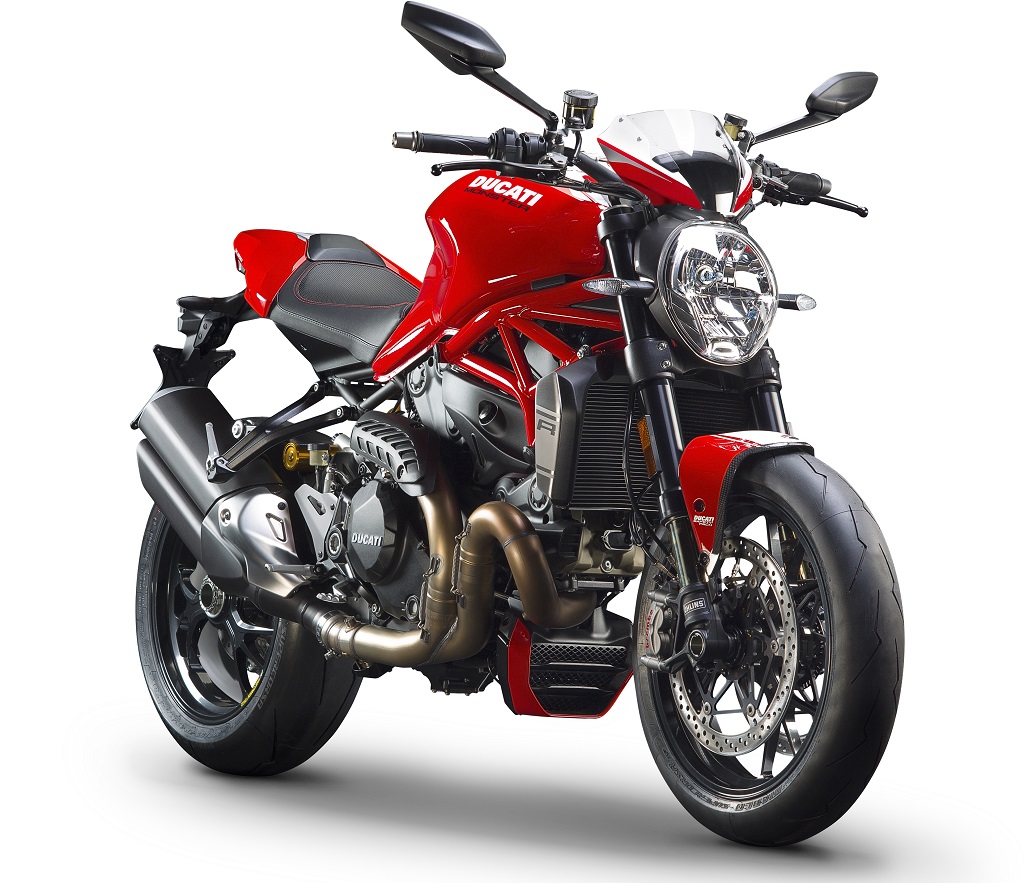 The Volkswagen Night at the Frankfurt Motor Show saw the birth of Ducati’s most powerful Monster yet – the Monster 1200R. Unveiled and designed to be a performance oriented practical naked, Monster 1200R gets a typical Monster design but several new parts.

The Monster 1200R is powered by a modified 1,198 cc Testastretta 11° DS, L-Twin, liquid cooled Desmodromic engine and produces 160 PS of maximum power at 9,250 rpm and 131.4 Nm of peak torque at 7,750 rpm. This makes it 10 percent more powerful and 5.5 per torquier than the 1200S. Shod with Pirelli Diablo Supercorse SP tyres combined with a higher stance, the bike claims to have extreme lean angles for track day outings. The low and mid-range torque grunt though will help the bike have smooth daily commutes, as Ducati promises. 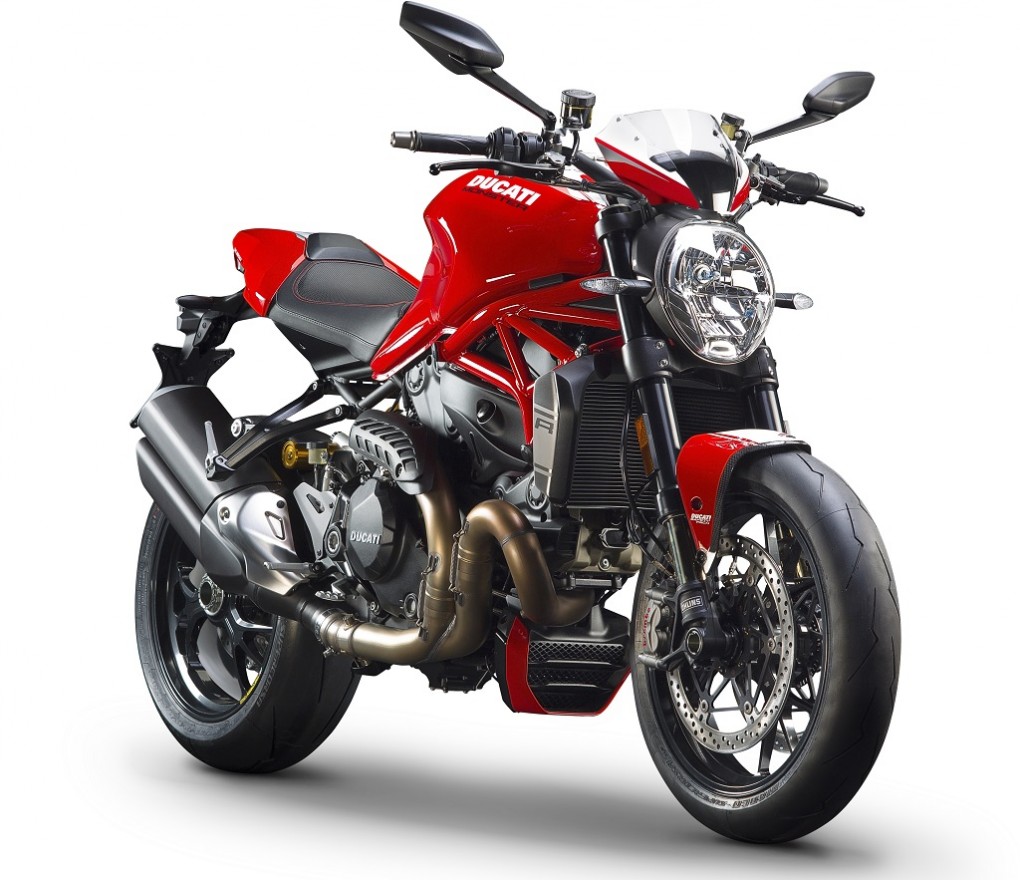 The bike gets a redesigned, lightweight, compact high slung tail piece. It also gets new Öhlins fully adjustable suspension upfront and a monoshock at the rear by the same brand; also available is Öhlins steering damper. Use of carbon fibre components help keep the bike’s weight in check which is pegged at 180 kg (dry). 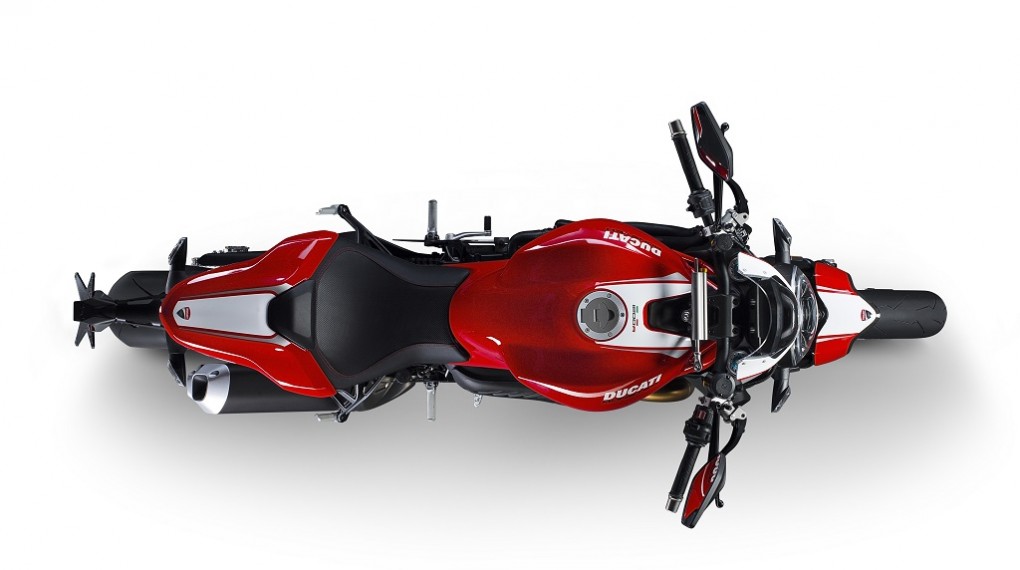 The bike is equipped with ABS as standard and Ducati Traction Control. These can be controlled via three different riding modes which include Sport, Touring and Urban. Brakes too have been upgraded and features bigger discs. The bike will be available in the following two colours, both of which are pictured on this page. 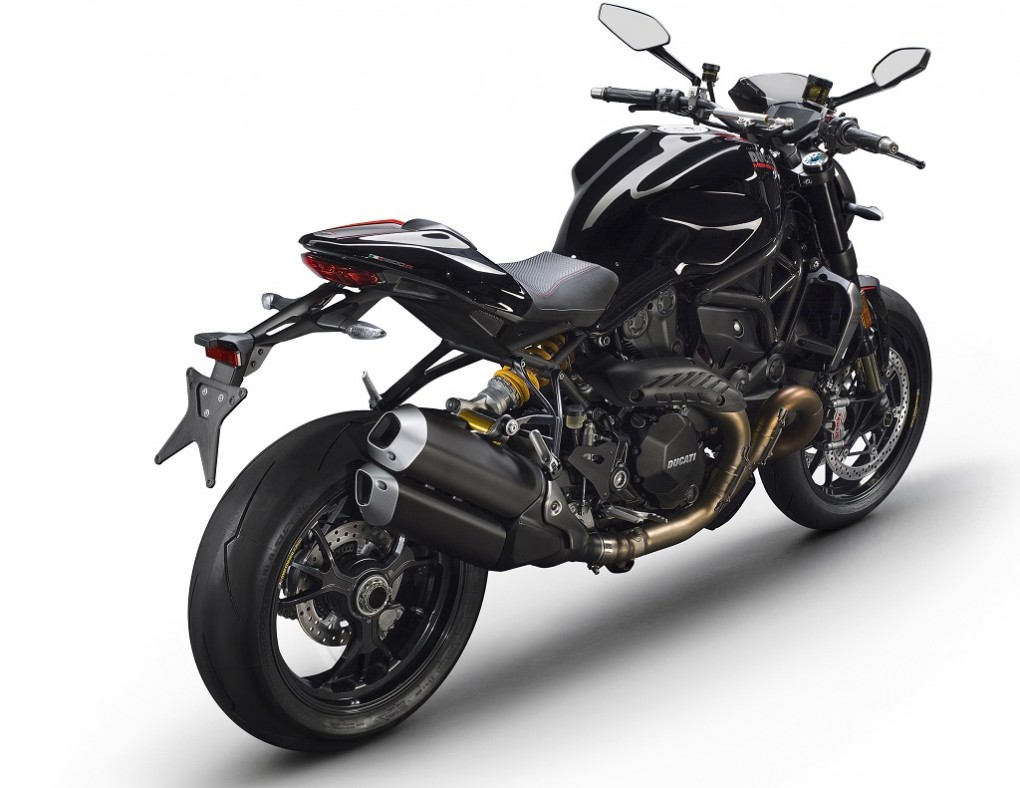