Remember the Ducati Panigale? It broke its wraps off in the month of November last year. This new superbike from the high performance stable of Ducati launched this bike in Milan, Italy. 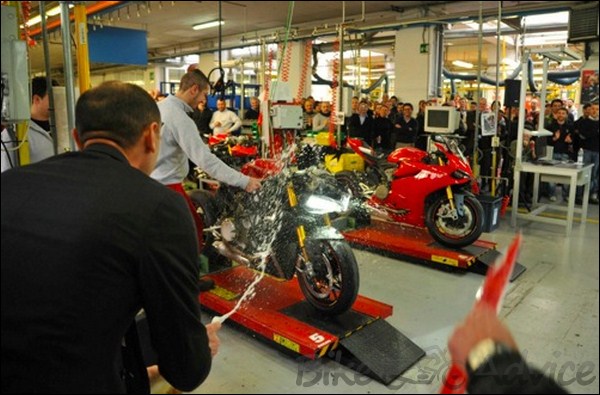 Ducati has now started the official production for this bike – The Panigale. It’s been manufactured in the company’s state – of – the – art manufacturing facility in Bologna. The first bike coming off the assembly line was ridden by The Doctor – Valentino Rossi who rides for the Ducati in MotoGp.

To get a small flashback effect, this is what Ducati President Mr. Gabriele Del Torchio commented at the time of Panigale’s launch. “Without doubt, this has been the most ambitious project in Ducati’s history and underlines our engineering excellence and ‘product emotion,’ an aspect of our brand which, in such a competitive market place, has become more important than ever. This motorcycle represents pure Italian style, the reference point for performance and a safety-enhanced, confidence-inspiring experience for our customers on road and track.” 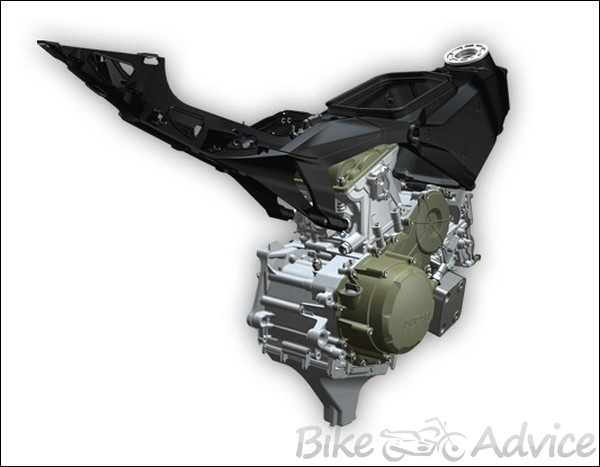 The most interesting part of this bike is basically its frame which is a monocoque one, which reduces parts, reduces the weight of the parts and is designed to make the claimed 195 hp. Earlier, the Italian bike maker was making use of trellis frame and this is the first time the company is trying this out here. The swing – arm is also an all aluminium one which again aids in reducing the weight considerably.

Panigale makes use of the new Superquadro engine which is claimed to be most powerful twin – cylinder as on date. The name – Superquadro is named after it’s highly oversquare dimensions – 112 X 60.8mm L-Twin. Besides its standard L-configuration and Desmodromic valve control system, Ducati also started with a clean slate for the powerplant of this performance machine. The company also rotated the top end of the signature 90  -degree L backwards around the crankshaft which gives six – degrees more clearance on the front wheel and allowed the front-to-rear bias to be skewed slightly to a 52 per cent front bias. 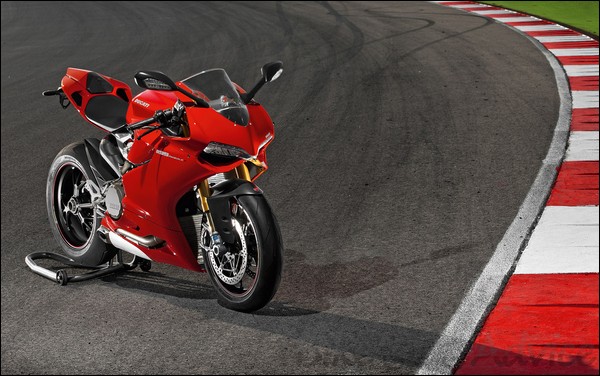 The 1199 Panigale’s chassis represents a pioneering frame design in the history of bike industry. The frame designed for Panigale is unification of condensed and lightweight element. The Superquadro engine itself is main stress member of the frame, and forms an engine based frame design where engine itself acts as an integral part of frame and carries various load. The engine based frame is directly attached to the cylinder heads of the Superquadro engine, obtruding the engine forward to assemble the steering system. This arrangement helps to generate more space for the airbox, which got sheltered and preserved under the lightweight aluminium fuel tank.

The electronic front suspensions used on Panigale is fully adjustable with respect to spring length and damping ratio. These suspension tuning can be made either by using the pre-programmed Riding Modes, or in independent mode, which allows riders to generate and use their own special combinations. The rear suspension of the 1199 Panigale features a smart and convenient side-mounting instead of central monocross. This mounting helps to increase room for the rear cylinder head, which has been tilted more towards the rear to concentrate the mass. The exclusive positioning of rear suspension provides more free length of spring against pre-loading conditions and also helps to adjust seat elevation according to rider’s height.

This ABS operates with the latest generation 9ME Bosch processor. When kept in Race mode, the system applies full ABS on the front wheel only. This allows the rider to have braking drift on the rear wheel during extreme riding conditions on race track. This ABS system also possesses a sophisticated and precise “Rear lift-up” sensor to measure the rear wheel lift. This sensor reads and feeds the lifting amount of rear wheel to the processor to avoid stoppie. Obviously this is done to avoid power loss as well as saving lap time.

The 1199 Panigale comes loaded with newly designed 10-spoke wheels in 90 mm front rim width and 154 mm rear. All 1199 Panigale editions come with the Pirelli Diablo Supercorsa SP tyres. The front tyre has the same dimensions as other superbikes have which is 120/70 ZR17.

What do you guys have to say about this next generation production bike as on date? Leave your comments in the form of words below.