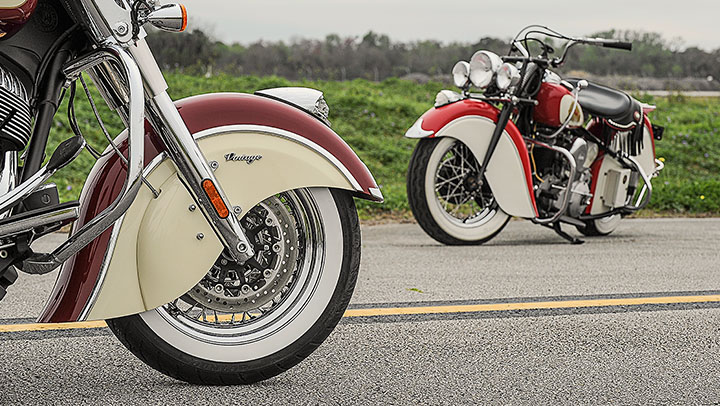 The 2015 line-up of the legendary Indian Motorcycles has been released in a sneaking preview just before the Sturgis Motorcycle Rally, the same place where they revealed the 2014 line-up. 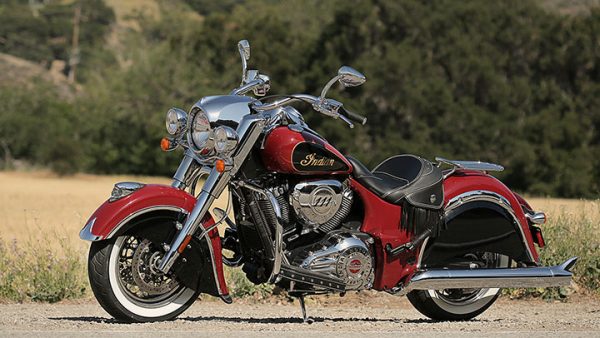 Although no new motorcycle has been announced, it sees the return of the dual tone paint scheme, bringing back the memories of the old! These Indians were showcased at the weekend during the Vintage Motorcycling Days 2014 in Lexington, Ohio.

Details of the same will be released on August 2, 2014, day one of the Sturgis Motorcycle Rally. We still have our fingers crossed, hoping for some new surprise announcement of a new motorcycle. The engine is most probably going to be the same Thunder Stroke 111 which is made by sand cast aluminium frame technology. The modern engine (with its ancient DNA) and dual tone paint scheme makes it a perfect example of the mix of old and new, a philosophy which Polaris so loves to flaunt with the revival f the brand Indian. 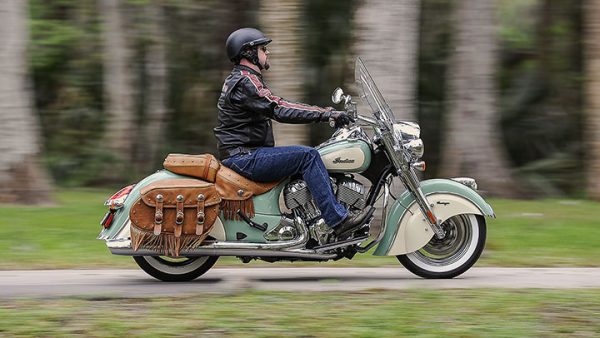 The Sturgis Motorcycle Rally will also witness the announcement of prices of the 2015 line-up. Fans and prospective customers can also enjoy demonstration rides. The Indian Motorcycles will be on display on 3rd and Lazelle Street or at the Indian Motorcycle at the Crossroads at Sturgis Buffalo Chip from 9 AM to 5 PM. One even has a chance to win an all-new 2015 Indian Motorcycle!

Europe will have to wait till September 2, when the new models will be showcased at the European Bike Week (September 2 to September 7, 2014).