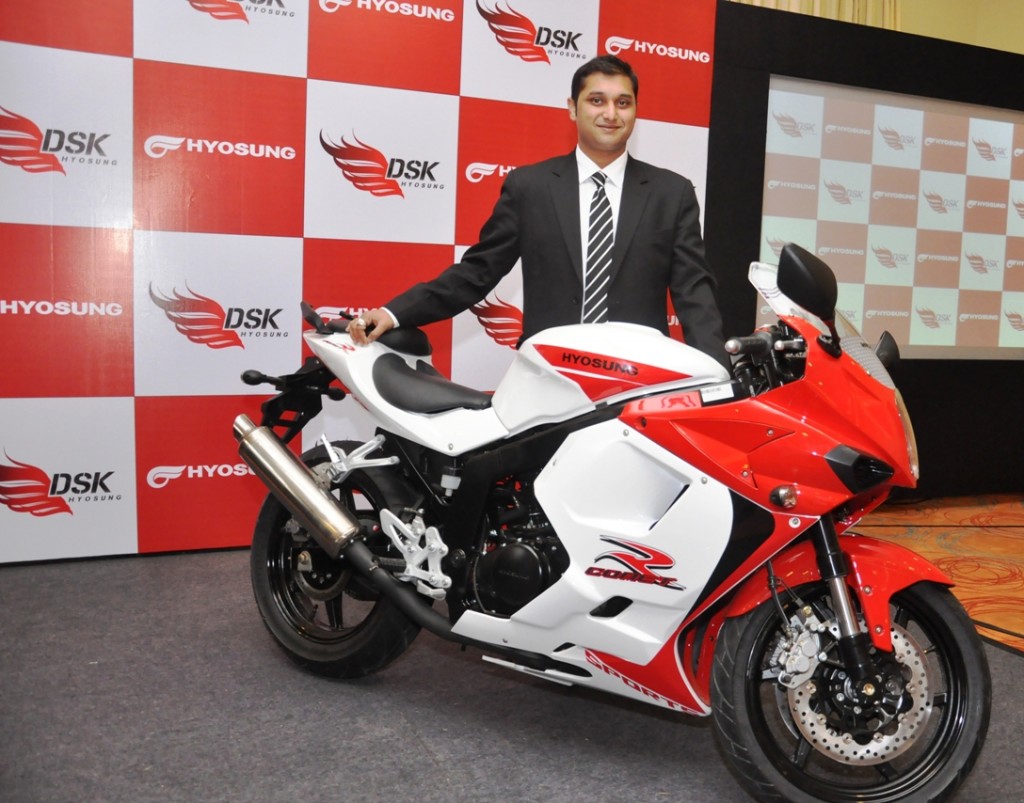 DSK Motowheels, which recently took over Garware Motors has unveiled the massive GT250R in Delhi. Unwrapped by DSK Motowheels director Shirish Kulkarni, the bike is priced at Rs 2.75 Lakh ex-showroom.

Hyosung GT250R is powered by a 250cc V-Twin 27.6bhp/22.07Nm engine.The bike would be available in 3 color variants – White/Red, Silver/Red and Red/Black. We have already taken the bike for a spin and have published a comprehensive road test of Hyosung GT250R along with loads of pictures.

Hyosung GT250R competes predominantly with Ninja 250R at this price point but also has Honda’s CBR250R in sight. Though the price disappointed the masses, GT is a looker. It looks massive and bigger for its segment. We have news that despite people writing it off, the bikes has been doing fairly well in the markets where it has been launched.

DSK Motowheels have also talked about a price reduction once they start producing the bike here in India.

At the unveiling ceremony of the bike, Shirish Kulkarni also inaugurated a new showroom in New Delhi which is located at Palam Dabri Road, New Delhi.