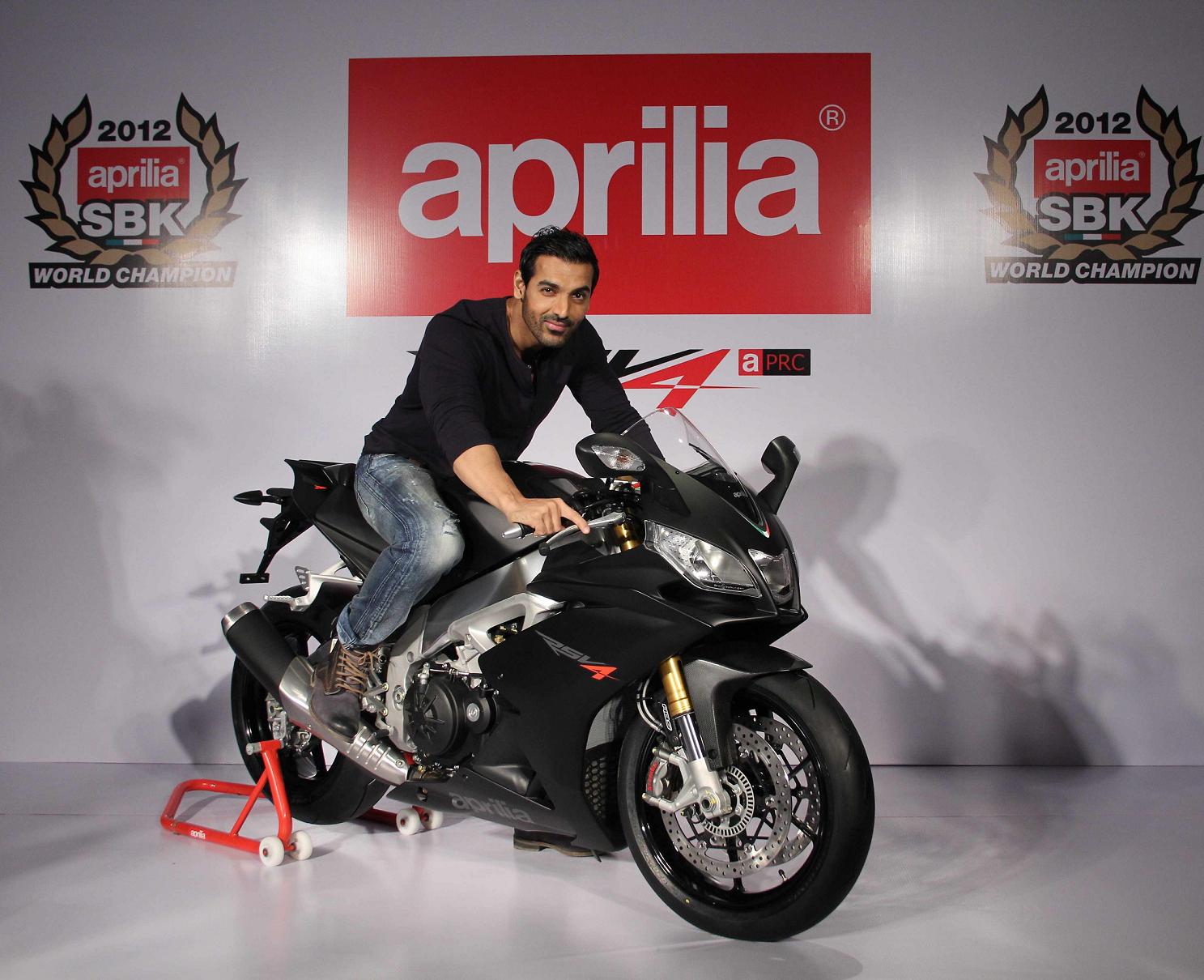 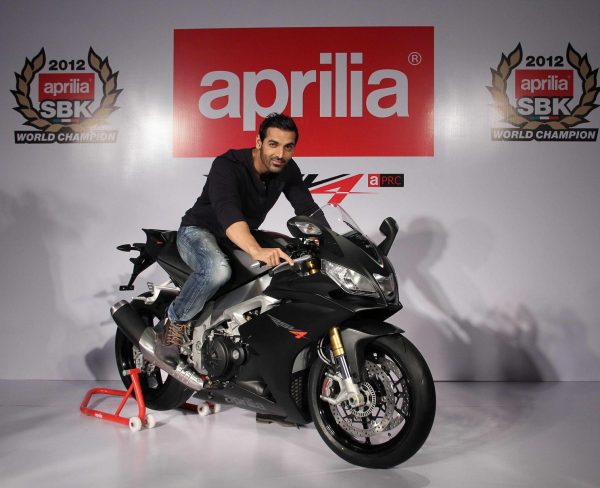 Piaggio markets Aprilia in India. The awarding was conferred as a brand promotion event. The actors association with Yamaha is well known and this recent event may hint at the change of guards (read brands) for John. However, there is no official word on that yet.

The monster hits a top speed of 262km/h and accelerates from 0 to 100 in under 3 seconds. RSV4 is a track designed superbike with Aprilia Traction Control, Aprilia Wheelie Control, Aprilia Quick Shift, and Aprilia Launch Control. As a CBU unit Aprilia Rsv4 retails at 25 Lakhs in India. 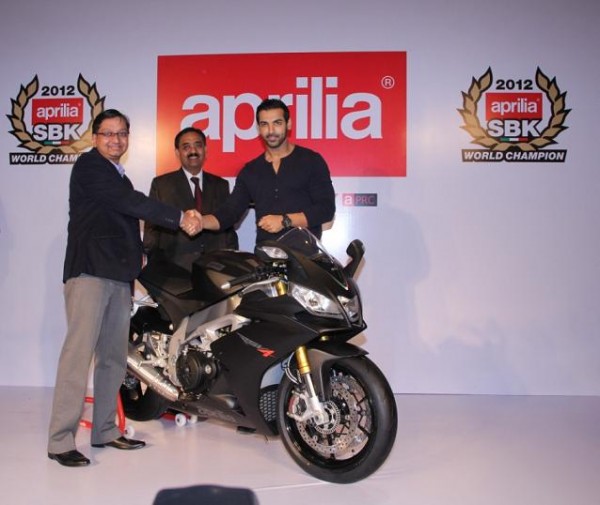 The Dhoom star has an impressive collection of Wheels in his garage which include the Kawasaki Ninja ZX11, Ninja ZX-12, Suzuki Hayabusa, Yamaha R1 and V-Max and Suzuki GSX-1000RR and……

The actor’s image as an avid biker has made him a sought after name for such youthful endorsement. Aprilia is reportedly preparing a quarter liter baby RS4 that may come to India. Once its hits our shores shores John Abraham may dawn the role of promoting it.