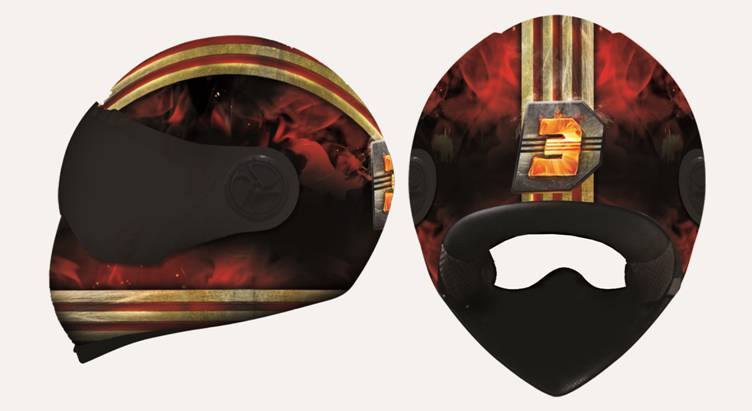 Produced under the Yash Raj banner, Bollywood movie Dhoom has been a rage among youngsters and bike crazy folks. So far there have been two movies produced and the third one is about to hit the screens on 20th of December in India. 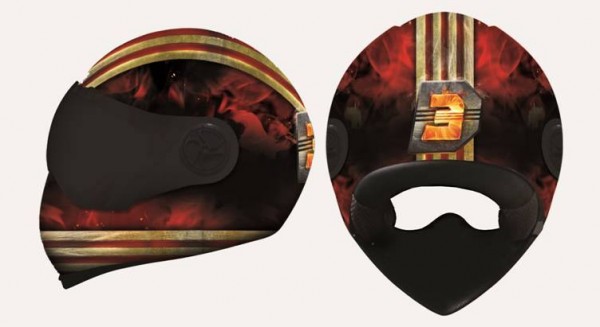 To leverage the popularity of Dhoom 3, helmet manufacturer Steelbird has officially launched licensed Dhoom 3 helmets in India. The D:3 range of helmets come with Dhoom specific graphics and colours and may actually lure movie lovers to wear one. Dhoom being a movie based on motorcycles, such a step may get people interested in buying a helmet for their wear, in all that blood rush!

Interestingly, there are no more details of the helmets given in the official press release and it just shares with us a pic of one of the helmets. We assume there would be a complete range which would comprise of half face and full face helmets with Dhoom:3 posters and graphics.

A few days back Steelbird also launched MTV branded gear which is reportedly in high demand. These D:3 helmets should be available across Steelbird retailers which is where you can get an actual price estimate.