CNBC-TV 18 in association with ICICI Bank Car Loans and Overdrive presented the 11th edition of Overdrive Awards 2011 at Mumbai on 4th Jan 2011. The aim of these awards is to recognize superior automobiles (Motorcycles and Cars) that excelled in their performances in the past year. The awards focused on the future of the automobile industry with increasing need of green revolution and environmental conversation. 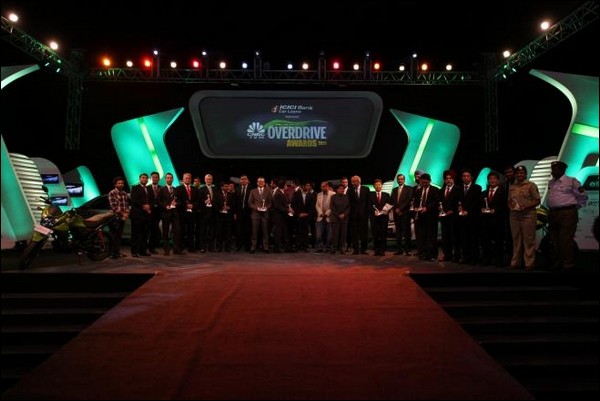 The awards also identified superior practices opted by motorcycle manufacturers to conserve environment. As expected Honda CB Twister won the bike of the year award while the car of the year was awarded to Toyota Etios.

The event basically focused on the methods to conserve environment and the need for green technology in the automobile industry. With constant increasing pollution and environmental degradation, automobile manufacturers are under constant pressures to reduce the carbon footprint (the emission of green house gases) of their vehicles. 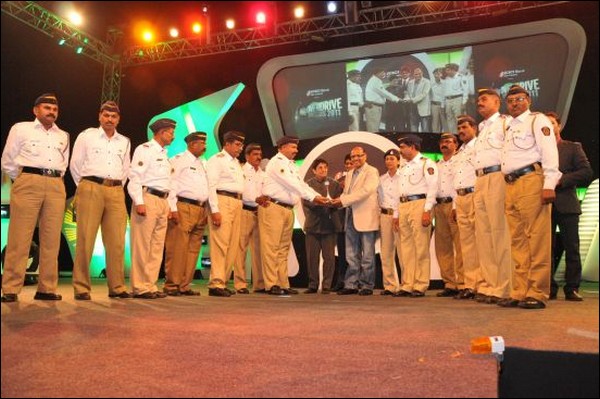 Speaking on the occasion, Mr. Anil Uniyal (CEO, CNBC) said that each year CNBC has tried to bring in some new category to the overdrive awards. He further said that CNBC awards are a benchmark for all the automobile manufacturers across the country. He said that the motto of these awards is to honor those automobile manufacturers who excel in both customer satisfaction and environmental conversation. Lastly he made an appeal to the winners and the nominees to continue cooperating towards the success of the industry by striking a perfect balance between the customer satisfaction and the environment.

Taking the speech further, Mr. Rajiv Sabharwal (Executive Director, ICICI bank) said that ICICI is proud to team up with CNBC overdrive awards 2011. He also said that ICICI was associated with CNBC TV 18 for the past five years and they are proud of this achievement. He lastly said that automobile sector is showing major upward growth changes. The auto sector has alone has seen a growth of 30% and the commercial vehicle sector grew by 32%. If this is the pace then surely the automobile industry is going to soon double its turnover. At last he added, ICICI loans have sanctioned automobile loans worth 75,000 crores for 2.2 million cars.

The ceremony was a real rocking one as the major automobile manufacturers were present on the occasion. Well, now let us look at the winners of the 11th Edition CNBC TV-18 Overdrive Awards: 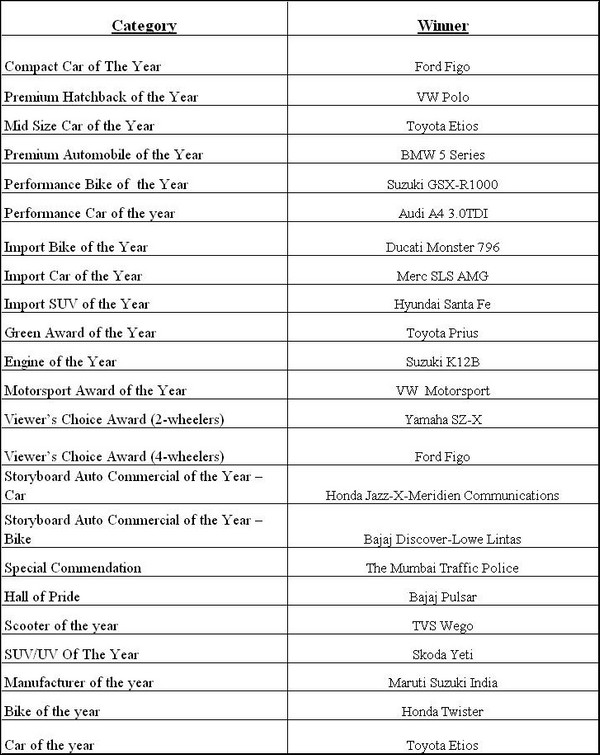 The awards also presented special commendation to the Mumbai traffic police for working round the clock and maintaining the traffic levels 24*7. CNBC recognized the contribution of the Mumbai traffic police in making Mumbai a safer place. We only hope that such awards recognizing the top class bike and car manufacturers continue in future as well so that every automobile manufacturer understands their responsibilities towards environment and society.