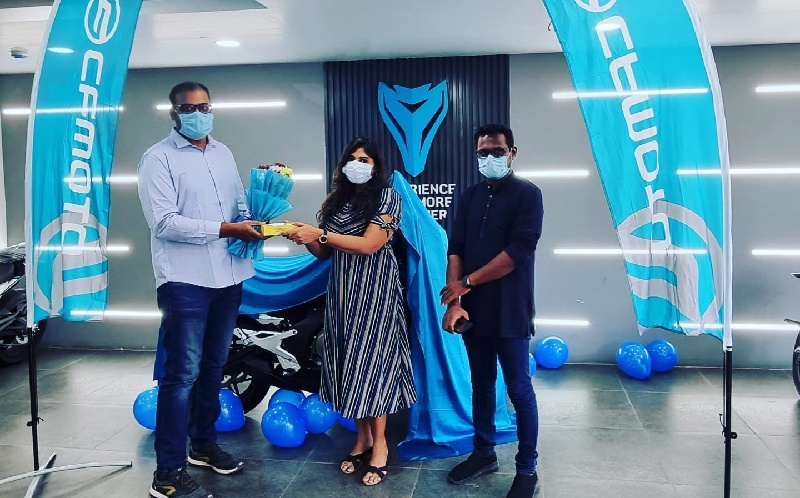 CFMoto BS6 deliveries have commenced at its dealerships. However, we do not have any idea on how many units is the maker selling…

Through its social media platforms CFMoto India has informed that it has commenced deliveries of its 650cc BS6 range. It has shared pics of deliveries of the 650MT and 650GT.

The 650MT is the Adventure version which is priced at INR 5.29 Lac whereas the sports tourer 650GT carries a price tag of INR 5.59 Lac (all prices ex-showroom).

The GT is a bulky sports tourer whereas the MT is, kind of, an adventure tourer motorcycle. Apart from these two CFMoto also sells the 650 NK and the 300NK which are the two most affordable motorcycles in the lineup.

As of now, the Chinese automaker is only present in 5 cities of India-Coimbatore, Thane, Chennai, Bengaluru, and Hyderabad.

Currently, CFMoto is accepting e-booking on its official website for all the 4 models which it sells in India.