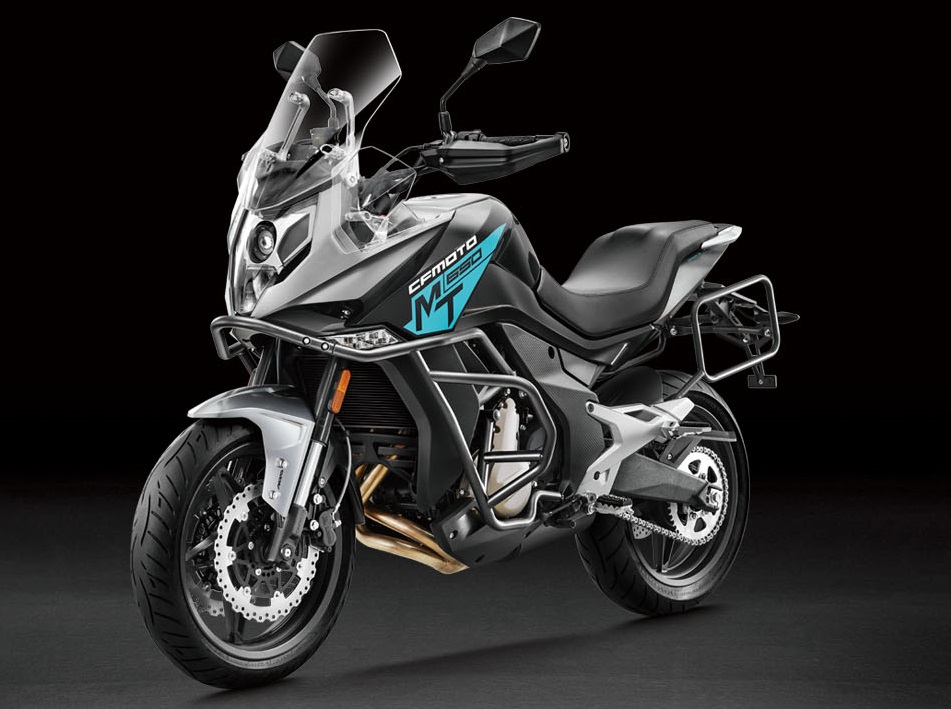 The other motorcycle in CFMoto’s lineup which has been launched in India is the very interesting 650MT. While the 650NK is a streetfighter at shocking prices, the 650MT is for those who like adventure tourers.

650MT is also powered by the same inline twin cylinder, liquid cooled 649.3cc engine, it produces a higher power output of 71 hp at 8750 rpm and a peak torque of 62 Nm at 7000 rpm. It continues to be paired with a 6-speed gearbox and has a claimed top-speed of 170 kph (slightly lesser than the streetfighter sibling).

At this price, the 650MT undercuts Kawasaki Versys 650 by 1.70 Lakh but remember these are introductory prices for now.

650MT continues with 17 inch tyre setup both at the front and rear and doesn’t have spoke wheels which are preferred for motorcycles of this genre. It also confirms that this is a soft roader and will not be an apt machine for heavy off-road trails. CFMoto is offering it in two colours – Matte Titanium gray/Nebula black and Athens blue/Nebula black.