A few months ago Hero Honda had announced that they will be launching more than ten new models for 2009. But it’s a little disappointment that all of them are just paint and sticker upgrades with no improvement in the performance. However, for some models they have added extra features such as electric start, black colored leg guards etc.

Today I went to the nearby Hero Honda showroom and captured CBZ Xtreme and a few other models in my digicam. 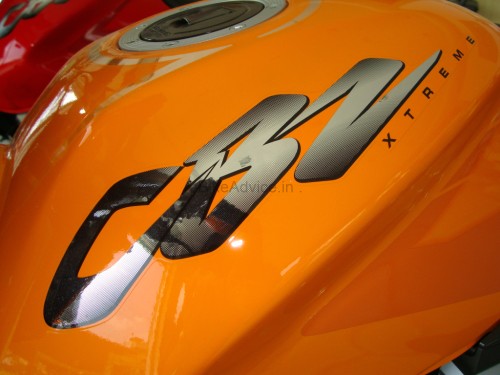 I have already tested the CBZ Xtreme a few months back. Since the new model is just a face lift, only looks are being discussed here. To read about the performance, head to the Bike Reviews page.

The body coloured rear view mirrors with a black lining looks unique. On the fairing, the words CBZ Xtreme is stickered only on the right side which is not a good thing for people who love symmetry. 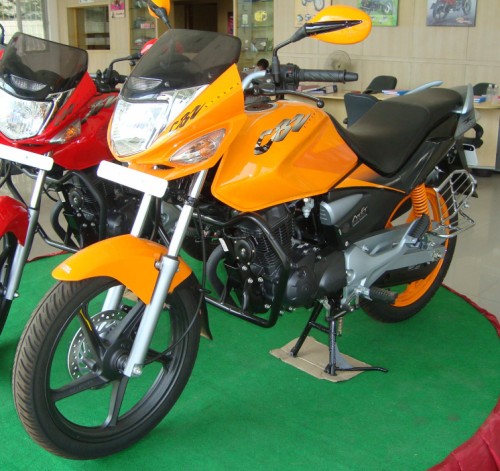 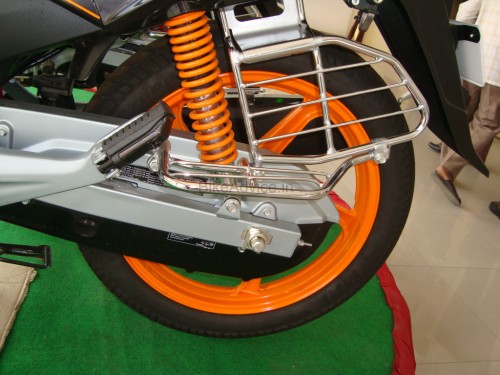 The New CBZ Xtreme would have shot up in value if Hero Honda had provided digital consoles. Analog dials is a let down for a bike like CBZ. Xtreme logo at the centre of the handle bar is something new. 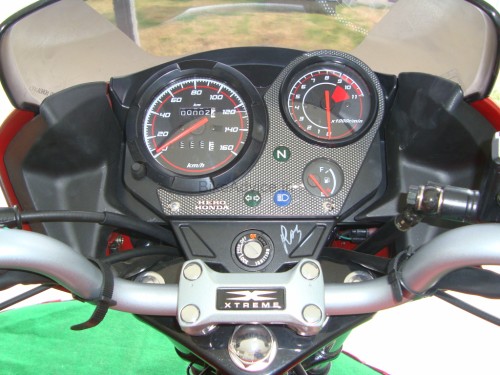 I hope you enjoyed the photos. If you want more, visit the New CBZ Xtreme Image Gallery. Tomorrow I will post a pictorial review of Passion Pro Power Start.