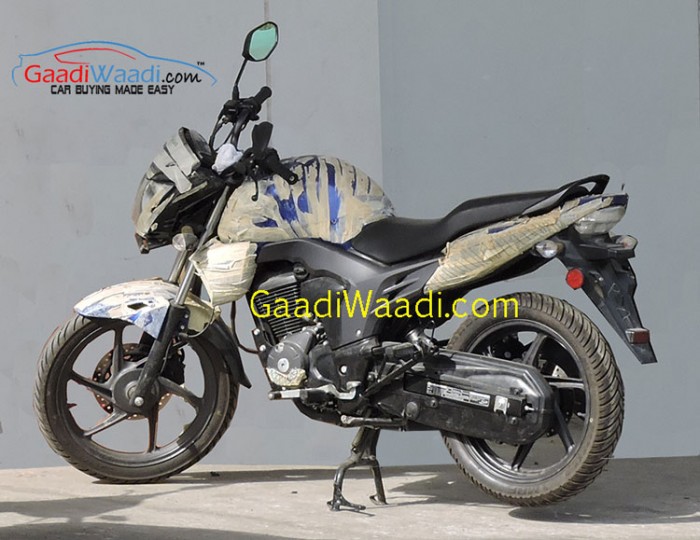 Apart from the reasonably successful Unicorn 150, Honda has NOT been able to penetrate in this segment through their now-discontinued Dazzler and Trigger offerings. The Unicorn 160 is still very new to talk about but we do not see it cutting the ice too much!

So it is imperative for Honda to be concerned and they seem to be preparing a new 2015 version of Trigger to catapult sales. A camouflaged unit has been snapped by the guys at Gaadiwaadi.com and frankly we would need magnifying glasses to spot changes, if any, apart from that new blue color.

We do not expect Honda to be testing (if the motorcycle is indeed under tests) an existing motorcycle merely for color changes and very very minor cosmetic enhancements and hence, we believe there may be something related to the engine and mechanicals – so either there are some tweaks to the existing 150cc engine or better, they are planning to plonk the new torquier 160cc engine from Unicorn 160.

And, if Honda feels that some very minor cosmetic niptucks and new colors will do the job, they may be mighty wrong because, despite being a decent offering in this segment, Trigger gets overshadowed by the sportier or established ones and is generally not in the shortlists of majority of 150cc buyers!