Here is some good news for all the Indians and mainly the bike lovers. Earlier it was speculated that there will be an increase in the excise duty by 2% which will make the prices of cars and bikes go up but there is no such increment in the excise duty as such i.e. the excise duty remains at 10%. Now the only thing that Mr.Finance Minister has changed is – he has added more items in the ‘to be taxed list’ but we need not worry about that because the prices of the automobiles would by no means be increased now. 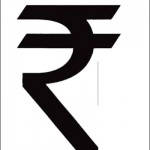 Mr. Pranab Mukherjee has bought more 130 items in the purview of Excise duty but has retained the rate of duty at 10% only. Most of the items bought in the net of excise duty are related to the consumer goods sector. This addition of new 130 items is estimated to give out an extra revenue of 4000 crores.

Earlier it was speculated that the automobile manufacturers would increase prices if the excise duty was increased because they were not able to absorb the input cost. Thankfully the excise duty remained the same and all the threats regarding the price hike have vanished. This certainly is good news for all the people who wish to buy bikes and cars in the coming months. Overall, the budget 2011 was not as humongous as expected but it is good for the bike lovers.