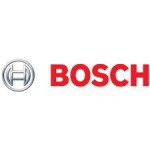 Hi Readers! As you know Bosch is among the world’s finest auto component makers, they are now all set to enter the Indian two wheeler service industry and pioneering it. Recently, as a part of their service footprint expansion in India they have introduced workshop concept for motorcycle industry.

As a part of their strategy they are already planning to open two wheeler service centers throughout the country. As the component maker announces its foray in the two wheeler industry, they have already opened 10 EBS (Express Bike Service) outlets in Coimbatore city following the lines of sole service center in Delhi.

Bosch Vice President S.Murlidharan said that the company plans to open as many as 50 outlets throughout the country by the end of 2012 with 10 outlets in the important cities. Murlidharan was of the view that these service outlets are aimed at filling a huge service network gap in the country.

Murlidharan also said that the no of EBS service centers could go up to 500 in the future since the company has already got 500 car service centers throughout the country. The company will aim to provide good service to multi brand two wheelers and offer various high quality and genuine two wheeler parts and equipments. Further he said that the company itself is a manufacturer of the auto components and thus the quality will remain high as far as meeting the benchmark standards are concerned.

Murlidharan was of the opinion that though the prices of petrol are uncertain these days in India, there will be a massive increase in the two wheeler service space in tire II and III towns including the rural areas and thus the company sees a lot of scope in the industry. Lastly speaking on the future of the initiative; Mr. V.P said that the company is under stages of planning for 24*7 mobile service centers in the future.

Therefore one could say that the company has its vision and mission clear and that is to serve the two wheeler space. We wish Bosch all the very best and hope that they will serve our bikes better.