Damping control of suspension system for cars is known to the world. This is done with the help of semi active or active suspension system. This system becomes more complicated in two wheelers as it is a single track vehicle. Dynamics and equations behind the motion of bike are also somewhat complex to deal with.

As equations are complex, practical becomes more complex to handle. Parameters of suspension, braking and motion interact with each other at every fraction of ride. We don’t feel this complexity in our daily ride because of limited top speed in dense traffic. Although, many of you have often felt some difficulty at the time of initiating the turn, maintaining the turn or completing the turn at high speed.

These difficulties are in the form of skidding, overturning, underturning, over steer or under steer. If not controlled, the final effects of these difficulties are wobble, weave, low side or high side. So to control these types of unbalanced and undesired motions, BMW is preparing electronic ride control for 2012.

Its Dynamic Damping Control (DDC) system is a combination of semi-active, electronically-actuated suspension system linked to the traction control system and ABS controllers via the CAN bus. DDC is designed to adapt suspension damping automatically and effectively time to time, as the braking, cornering, throttle, and road-surface conditions require.

DDC controls and adjusts spring compression and rebound damping separately using spring-travel sensors and electrically-actuated proportional damping valves, with inputs from the other primary subsystems like gyroscope sensors, lean angle sensors etc. Let us first discuss some basic systems and their functions which are used to built this system.

ABS is already discussed in the article published on 23th June, 2011. All the components of ABS and benefits from the ABS were also discussed. So let’s skip this portion. 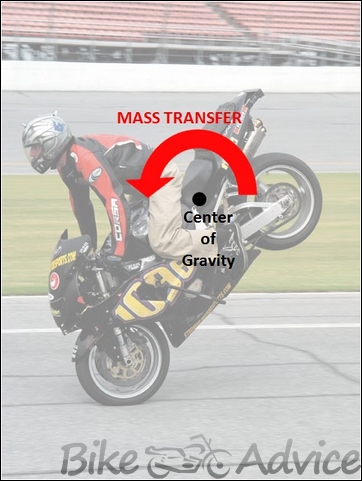 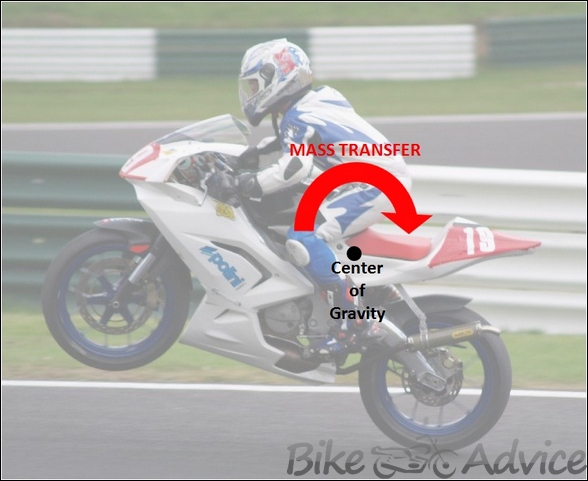 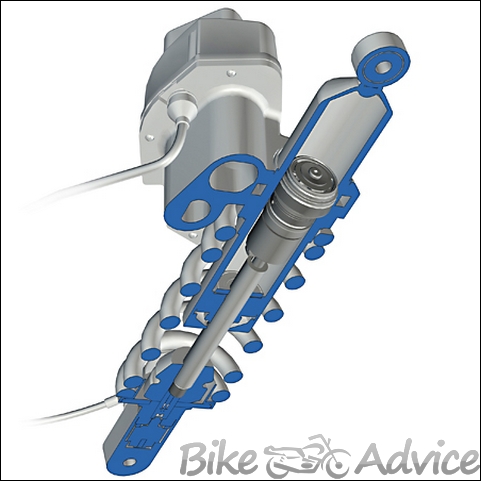 These are the smart small antenna which works with the help of piezoelectric materials. It measures the compression or elongation of the suspension springs. According to the effective length of the spring, we need to change the damping ratio of the damper. The reading of spring length is provided to the control unit for calculating the opening of solenoid valve of the damper. According to compression or elongation, the volume of damper oil changes by solenoid valves.

Lean-angle sensor—two piezoelectric gyroscopes mounted in an under-seat module close to the bike’s centre of gravity. Simply, we can define the gyroscope as device used to control the directional stability, as used in aeroplanes and ships. The gyroscopes monitor three axes of rotational positions (Pitching, Rolling and Yawing), plus the motorcycle’s rate of change of position during turning. It provides the feedback of leaning angle to the Dynamic Traction Control unit to distribute power between two wheels.

If the bike is perfectly vertical, i.e. making zero angle with vertical then input from the lean-angle sensor to the DTC unit is “0”. The tractive effort is distributed to the wheels normally. In fraction of tuning period, rear wheel has to travel a little more distance to complete the turn without skidding. If fails, the rear wheel tries to match up with the bike speed by sifting the rear mass in forward direction (Drift).

To avoid this condition, either driver can decrease the linear speed of bike or can increase the rotational speed of rear wheel. DTC controls both the actions at the same time. It controls the linear speed of bike by controlling the throttle opening (ECU) and controls the rotational speed of the rear wheel by controlling gear ration in the gearbox. No doubt, here also we required microprocessor with programmed mathematical equations.

It is just like a DTC and works with microprocessor. It gets the initial energy from battery. Programming in the DDC unit includes dynamic mathematical expressions to combine the parameters given from ABS, DTC and spring travel sensors. After the rapid calculations, it gives the result in the form of digital signal to solenoid valve of the semi-active suspension system. Valve controls the flow of oil in the damper to control the damping ratio.

It indicates the initialization and working efficiency of DCC system. 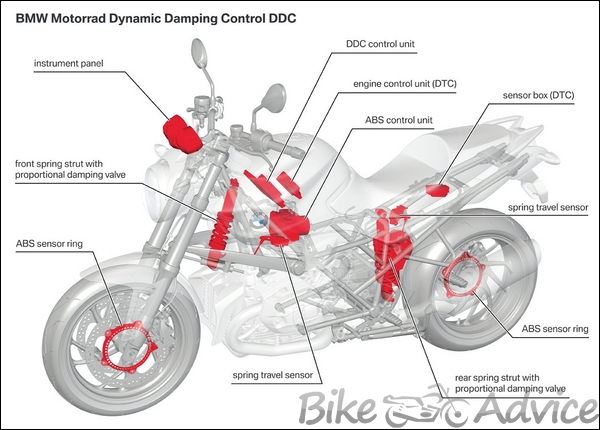 There are three brains work behind this system: ABS control unit, DTC unit and DDC unit. ABS and DTC units work for individual systems as well as at the same time with DDC system. Let us go one by one to understand easily.

Inputs from DTC & ECU to DDC

As said earlier, the mass transfers from front to rear at the time of acceleration. The amount of acceleration is measure by ECU. The tractive effort required by rear wheel is calculated by DTC. Both these data is given to the DDC unit to control the damping ratio at rear. DDC provides stronger actuation of solenoid valve at rear suspension. This causes more oil to flow into the rear damper which increases damping ratio. This happens in fraction of time and prevents the bike from flip (Wheelie).

Inputs from ABS to DDC

As said earlier, the mass transfers from rear to front at the time of retardation. The amount of deceleration is measure by ABS unit. The braking effort at front wheel is controlled by ABS. These data is given to the DDC unit to control the damping ratio at front. DDC provides stronger actuation of solenoid valve at front suspension. This causes more oil to flow into the front damper which increases damping ratio. This happens in fraction of time and prevents the bike from forward flip (Stoppie).

We have already discussed the effect of turning on suspensions. Because of tilt, suspensions are loaded more. This load is directly depends on tilt angle. So the lean angle sensor also feeds reading to the DDC unit to control the damping ratio of each damper as and when required.

Each of the three riding modes (Turning on slippery surface, on smooth surface and on rough surface) is calibrated with a specific lean-angle threshold—from slippery surface mode’s moderate 38° from vertical to smooth surface mode’s 53° maximum lean angle under hard throttle. No doubt, straight motion of bike is a result of series of alternate rolling motions. So there is constant data input arise from lean angle sensor to DDC unit to control the damping ratio.

Suspension springs are always remain loaded even at stationary condition of bike. This causes a small change in spring length. Suspension spring lengths are also affected by uneven road surfaces. The spring travel sensors create a digital input by measuring the compression or elongation of springs. This input is provided to the DDC unit to manage the damping ratio at each damper as per the need.

All of the above said factors (Braking, Acceleration, Leaning and Uneven surface) work mutually and creates silky ride without ant loss of grip or tractive effort. Riders can turn off the system completely for track-day events. In racing context dynamic behaviour like wheelie, stoppie, skidding, wobble, weave and drifting spoils the lap time or many times creates disasters. The best possible solution is DDC.