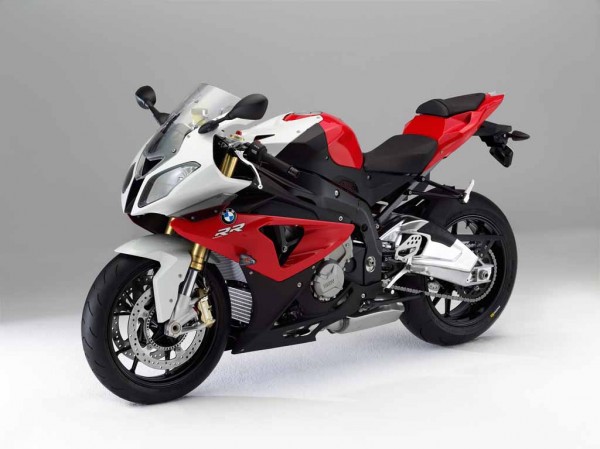 Some time ago, we looked at the innards and working of Ducati’s latest semi –active suspension system called Ducati Skyhook Suspension (DSS). Today we look at one of its biggest competitor, BMW Motorcycle’s semi active technology. BMW has termed its semi-active suspension control Dynamic Damping Control (DDC). This technology was first introduced into BMW Motorrad bikes on the event of the BMW Motorrad Innovation Day 2011 and since then has been one of the favorites among the riders. However, BMW Motorcycles isn’t new to the field of semi-active suspension systems like Ducati. Back in 1986, BMW Motorrad had launched the Paralever swingarm , a technology that improved driveshaft rear suspension through the transfer of forces. Then in 1993, BMW introduced the Telelever which separated steering inputs from suspension and then in 2005, the Duolever was introduced that offered torsional rigidity through dual swingarms for the front wheels.

Also, BMW has not restricted the DDC technology to just 2 wheelers. Cars like the BMW M3 and M5 have been given the treatment of the DDC technology too. Coming to bikes, the DDC’s main philosophy is to adapt the suspension system to the requirements of motorcycle physics and integrating this in the relevant control systems. The DDC control system can be rightly viewed as a a step further in the evolution of the ESAII control that BMW introduced in 2004. The ESA technology allowed the the rider to adjust suspension elements at the push of a button which was a first in production motorcycles. The ESAII gave the additional control of spring rate variation.

Being the evolution of ESAII, the DDC reacts electronically to rider inputs in terms of braking, accelerating, and cornering on various road surfaces and further analyzes the parameters provided by sensors to set the correct level of damping at electrically-actuated proportional damping valves. In DDC, the rider gets 3 riding modes- “Comfort,” “Normal,” and “Sport”, each having its individual characteristic control maps. Let us examine how the DDC comes into life right from the point when you get on the bike. When the ignition key is activated, a complete system check is performed from ECU to the ABS module to the DTC control, spring travel sensors and DDC control unit. When you set off, the front and the rear damper valves are actuated only marginally. Now, when you leave the city limits and go to highway cruising, the rear damper valve is actuated more strongly due to increased dynamic wheel load distribution and in the drive torque. 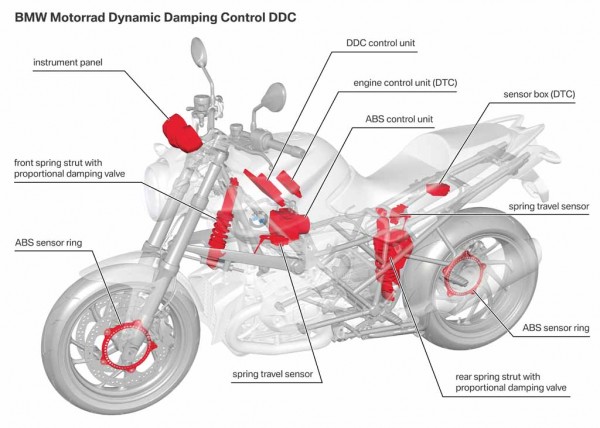 When you are cornering, things get slightly complicated. Initially both the valves are actuated more strongly with increasing inclination until it reaches the vertex. When the rider comes to the original position between 2 corners, the actuation of the two damping valves constantly drops to the original power level with decreasing inclination. Again when the bike dips into the next corner, the loop begins. The control flow takes place from the DTC sensor box to the DDC control unit and then to the valve actuators in the spring dampers. Finally, the valve controls get de-activated when the motorcycle is brought to a stop.

Check out this video: