The 64th IAA International Motor Show got under way on Tuesday in Frankfurt, Germany. The world’s largest auto show usually has some very significant unveiling and launches and one of the most interesting concept that went on display this year here was the BMW Motorrad’s Concept ‘E’. 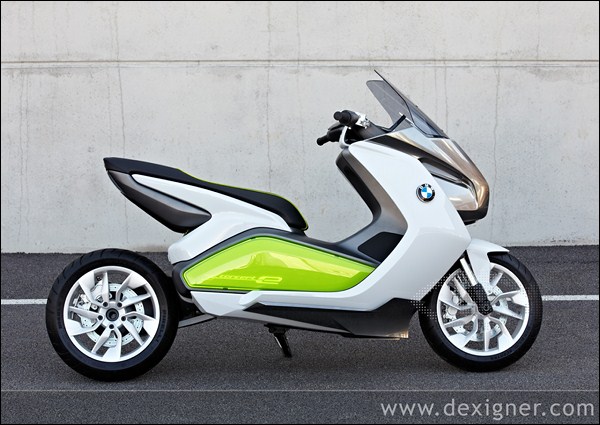 The Concept ‘E’ is an electrically powered scooter that follows the lines of the previously launched Concept ‘C’. ‘Urban Mobility’ is the new business which BMW is now into and thereby to prove the company’s potential to come up with most styling electric scooters, such exhilarating products are showcased in world class auto expos.

With the rise of traffic in most of the cities followed by an increase in fuel price is becoming an issue all across the globe, the rise for the need of electrically powered vehicles are felt which the company tries to work and develop on an e-scooter with sustainable technological solutions and the aesthetic design of the Concept e provides a response to these changing urban mobility needs. 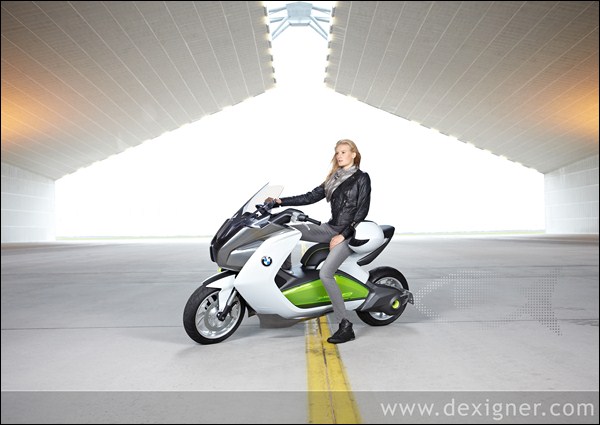 Dexigner.com has reported that‘BMW Motorrad designers have developed the style and shaping of the e-scooter of the future – electric, digital, dynamic. The designers deliberately allowed themselves plenty of freedom so as to be able to strike out new, creative paths in the design of components and surfaces.

The intelligent arrangement of the electric motor, power electronics and battery in conjunction with the special design of the vehicle geometry promises a high degree of agility and light-footed handling.

BMWi High Voltage Technology makes it possible to achieve acceleration levels which can perfectly match those of a scooter powered by combustion engine. Efficient energy regeneration during braking in conjunction with the powerful high-voltage battery extends the realistic range to 100 kilometres. 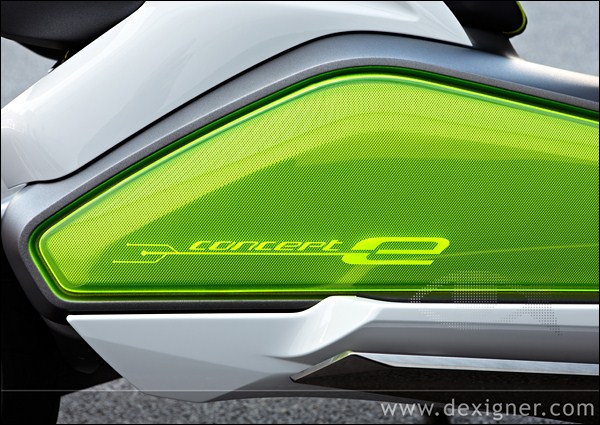 Full capacity is restored for the rider’s use after just three hours of charging at a regular household power socket. Just enough time to admire the exceptional design.

The Concept ‘e’ perfectly reflects the exclusive design style of BMW Motorrad, conveying emotion, dynamic performance and innovation. The so-called split face runs from the upper trim section to above the front wheel cover, giving the study an unmistakable and dynamic front silhouette.

The Concept ‘e’ is more than just an idea for a new vehicle. In addition to the technical functionality and quality of the scooter, the BMW Motorrad designers attach importance to an emotional dialogue between rider and vehicle. Their basic premise is that a vehicle has to do more than just function – it has to arouse the rider’s emotions, too. It has to inspire the rider again and again, as well as reflect its specific technological features. 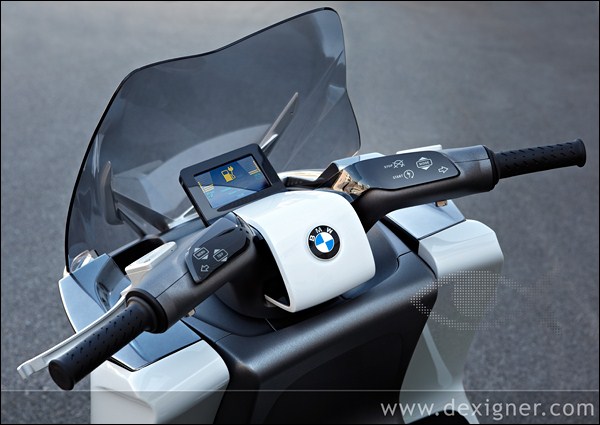 The ultimate reason for the coming up of Concept ‘e’ from the stable of BMW is to set benchmark in terms of both quality and innovation when it comes to electrically powered scooters apart from  projecting this type of urban mobility brands as the next alternative to the present two wheelers.

The website mentioned above also states that ‘The successful BMW Motorrad design style is reflected in the styling of the twin-tipped spoiler in the floating panel of the front trim, a boomerang-shaped, aerodynamically formed floating panel. The short, sporty rear highlights the active riding character of the electrically powered scooter, giving it a visual sense of dynamic performance which is underscored by the low cut windshield.’

The concept’s overall impression of high quality is borne out by finely cut details in “Natural aluminium”, the asymmetrically designed, solid-milled holder for the front trim section and the central tunnel in “Textured steel”. The design of the light alloy wheels is derived from the styling of the BMW i automobiles.

What differentiates this scooter from the rest is the technological advancements that is incorporated in this concept. To give you an instance, this concept is fitted with any rear view mirrors as in any traditional two wheelers. Rather, what happens here is that two rear cameras are fitted in the glass of the rear light cluster which clearly what is happening behind the rider on two LCD monitors installed in the speedo cluster.

If BMW Motorrad continues conceptualizing such brilliant brands, they are sure to be the market leader in another few years (for which we, the riders don’t have to regret!)