BMW is a world class manufacturer manufacturing both cars and bikes. As a matter of fact BMW has recently celebrated production of their two-millionth bike on may 6 at its spandau plant in Berlin. It is obviously a great thing to roll out two-millionth bike for any manufacturer BMW is no exception. Spandau, Berlin has been a center for motorcycle production since 1969. Motorcycles are not only being manufactured at Spandau but also are exported to 130 nations from there. 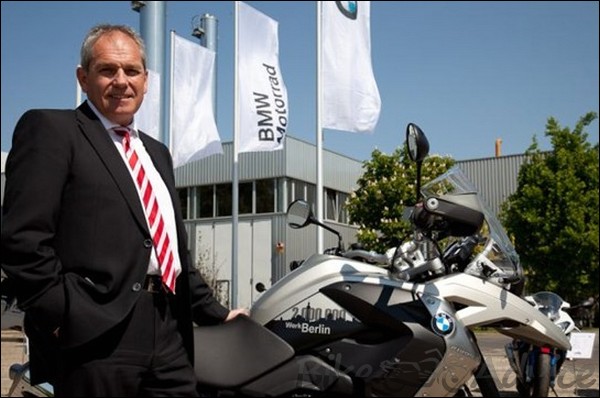 BMW celebrated the production of their two-millionth bike by presenting it to the VIP’s which included Berlin mayor Klaus Wowereit. The two millionth motorcycle was none other than a very special edition R1200GS.

The special edition bike was presented by ace freestyle stunter Chris Pfeiffer to the “Be Berlin” campaign for promoting the spirit of city amongst its residents. After this kind gesture Chris jumped on to his stunt machine F800 R for displaying his unusually cool stunts. He finished the stunt display in the coolest fashion as it ended with a rear tyre burnout. 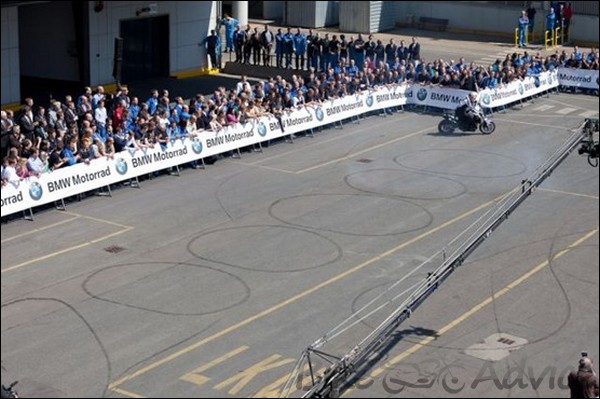 Spandau plant’s potential increased almost eight folds when compared to 1969. The annual production of the plant in 2010 was 97076 as against 12000 units in 1969. The plant employs 1900 people and produces 510 motorcycles a day. All in all it was a gracious moment for both Berlin and BMW as they have managed to crown themselves with yet another achievement.