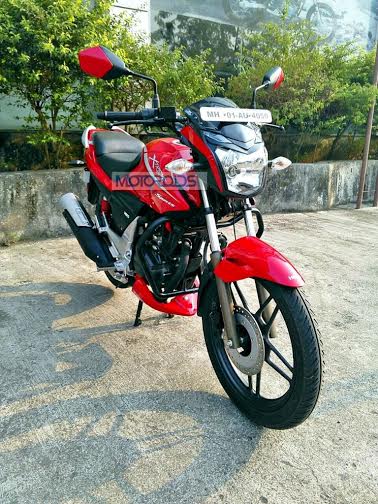 Hero MotoCorp may be the world’s largest two-wheeler manufacturer, but it is majorly because of the hoards of 100ccs it sells in the country. What gets evident from our earlier reports is that, apart from this entry segment, Hero lags in almost all the others.

As we have told you earlier, despite having as many as 4 offerings in the 150cc segment, Hero stood as the lowest seller in the segment, even behind new entrant Suzuki. Its not that they have not tried but, for some reason, things are not clicking for them. Nonetheless, in the premium 150cc segment, as we all know, Hero is planning to launch their new Xtreme Sports which was showcased many months back.

While it was captured during an ad shoot and we have reported about it yesterday, Motoroids, have put up pics of the motorcycle snapped at an undisclosed location somewhere in Mumbai (going by the registration number). 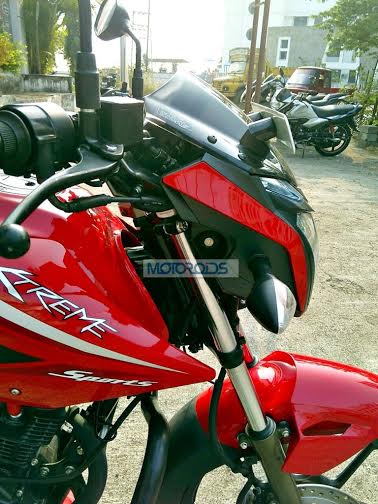 The bike, no doubt looks better than the new Xtreme refresh which was launched a few months back. First up, it has a more sorted front face and simpler instrument console, much better looking than the extremely jazzy one featured on the regular Xtreme. The new Sports look good and from this report, it gets confirmed that there will at least be three colors on offer – white, red and black. 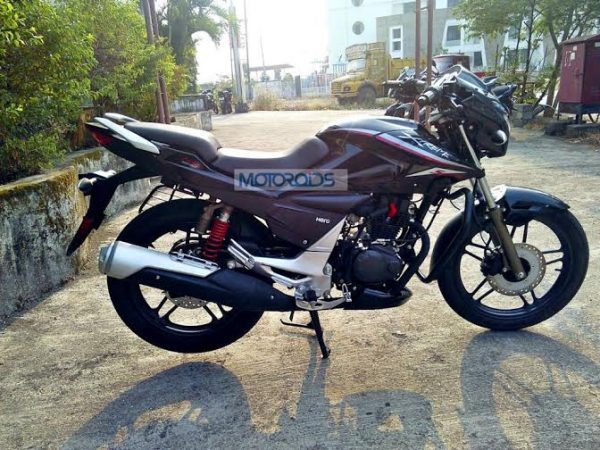 Powering the Xtreme Sports is the same 149.2 cc engine found in the standard version (and other Hero and Honda 150cc motorcycles) but produces 1 full bhp of more power. The max power of 15.2 bhp comes at the same 8,500 rpm and the peak torque remains the same at 12.8 Nm. The bike however loses a kilogram of flab and comes out a bit leaner, weighing 148 kg.

We believe Xtreme Sports will come with a standard rear disc brake but what is really not clear is where will Hero position this motorcycle. Considering that the regular Xtreme Sports with rear disc brake already costs Rs 82-83k on road in Delhi, we do not believe there will be many takers for this motorcycle at anything over this, specially when it has competition like Gixxer and the upcoming Pulsar 150NS and Honda’s 160cc. 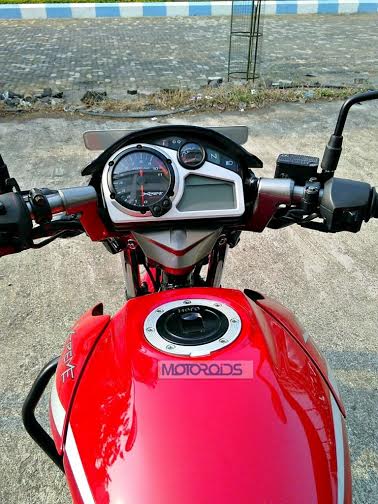 With the recent developments, it gets clear that we are very close to the official launch of the  motorcycle, which may happen anytime now. The question is – will you buy the Xtreme Sports at an on-road price of about Rs 85,000…?