So far, various motorcycle brands across the Globe realized the fact that India is a great market for them and now it’s Google which has realised it. Sound annoying right? Go through this complete article and you’ll get to know what I mean here. 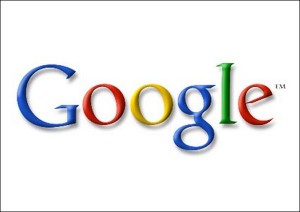 Google is fast becoming the Indian auto lovers’ favourite haunt when it comes to searching anything and everything related to bikes and cars. A report by the search engine shows that Indian consumers were ahead of their counterparts in the US and Europe in using the Internet to research car and bikes in 2010.

According to Business Line, The report claimed that Web searches related to auto (which includes 2 wheelers too) grew faster than those for travel, consumer electronics and finance. Shopping queries accounted for 49 per cent of all auto-related queries.

The report also revealed that Indians are more research oriented when it comes to auto related purchases, with 65 percent of the Indians using the internet as the first place to do their research. Only 62 per cent of the internet users in mature markets like US and Europe use internet as first stop.

“We have seen over 150 per cent growth in revenues from the auto sector in 2010 and expect the share of auto spends on digital ads to grow significantly in the next few years,”  Mr Rajan Anandan, Vice-President, Sales and Operations, Google India, told reporters here. Online marketing is a Rs 1,000 crore industry, growing at 50 per cent year-on-year, he added.

According to the Google report, mobile searches for auto-related queries grew at over 300 per cent in 2010.

Here is the most interesting part of the report. Bike related queries grew at 96 per cent in 2010, the report said. Here, bikes are classified into Premium and Deluxe bikes. Premium bikes i.e 150 cc plus segment registered 90 per cent year-on-year growth, in terms of query volumes, from January 2010-May 2011, compared to a year-ago period. Deluxe i.e bikes in 125 cc to 150 cc are the fastest growing category registering 193 per cent growth in query volumes.