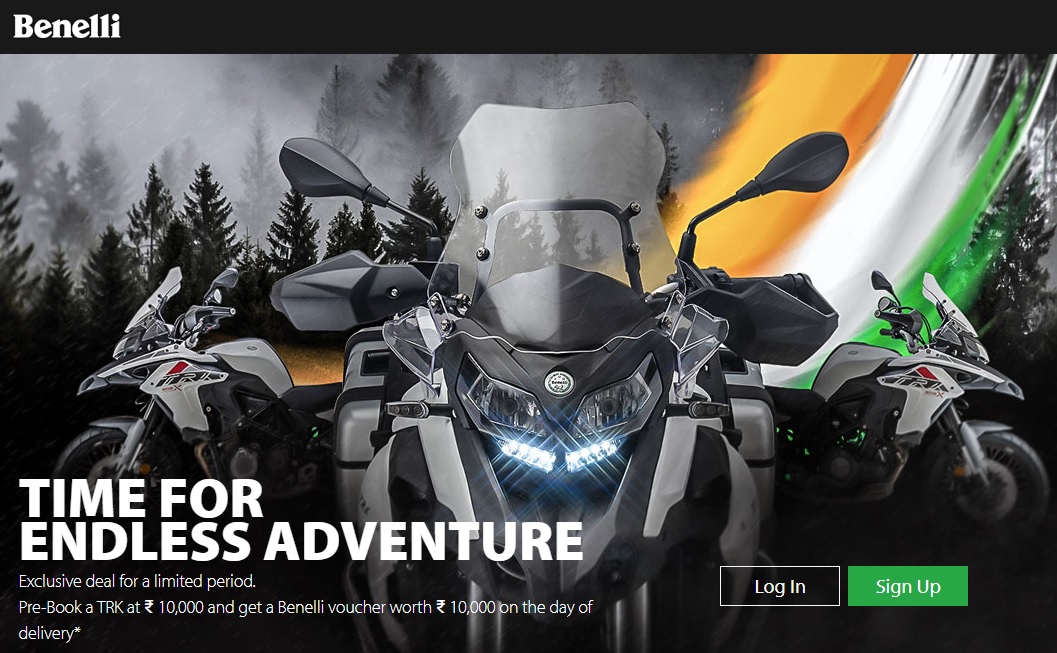 Benelli has officially introduced their most interesting motorcycle – the TRK 502 in India and it is being offered in two forms – the standard 502 and the off-road focused 502X. We have discussed about it here. Benelli is promoting them as Adventure Tourers and not hardcore Adventure motorcycles, and rightly so!

With its official launch today, Benelli has also opened bookings of the motorcycle at prices beginning Rs 5 Lakh. You can secure your motorcycle by paying Rs 10,000 online at Benelli’s official website. As a launch offer, Benelli has also announced that customers who book their motorcycle online will receive a Rs 10,000 worth Benelli voucher which can be redeemed for the purchase of accessories and merchandise from the showroom when you finally take up the delivery of the motorcycle.

For some reason, they haven’t mentioned anything about offline bookings at its stores at the moment.

After its earlier partner DSK got bankrupt, Benelli recently partnered with Mahavir Group of Hyderabd and has re-launched the 600i, 302R and 300i in India. TRK 502 is its fresh new product and with it, they have ventured into the adventure segment in India. Along with this, they have plans to launch Imperiale 400 and Leoncino this year.

Apart from new products, Benelli has also reduced the maintenance costs of its motorcycles by announcing an increase in service intervals. They are also aggressive with their reach and from 15 dealerships they had in December 2018, they plan to reach to 40 by March 2019.