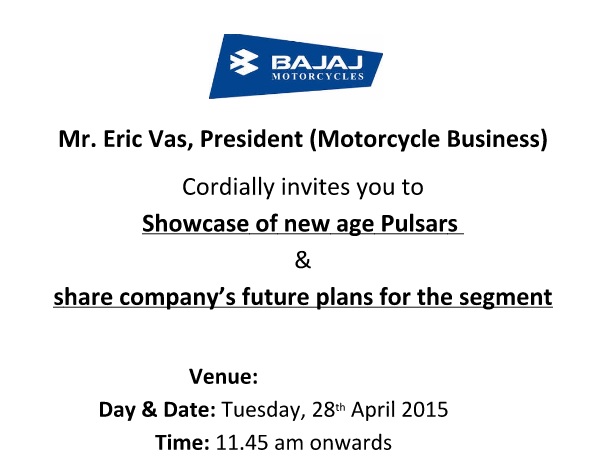 Bajaj has an event scheduled for tomorrow in Pune. While this may get you excited but let us, at the very onset, kill all the excitement since there is no new launch planned. According to what we gathered just now, it is just a regional showcase of the new Pulsars which include the RS200, AS200 and may be the AS150 as well. 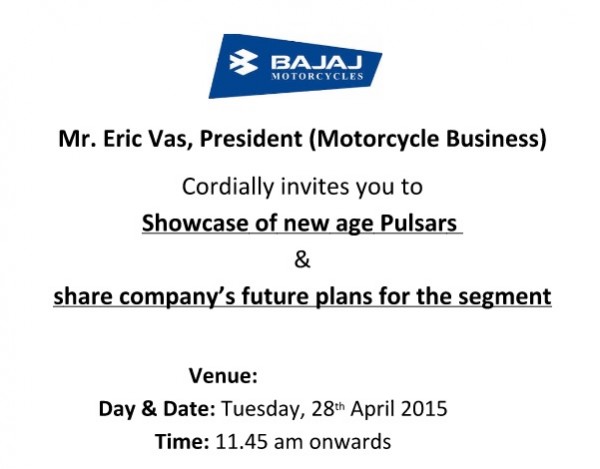 So, if someone told you that Bajaj may launch a new Pulsar – the 150NS or something else tomorrow, that is not on the cards for now. The event will be presided over by Eric Vas, President of Motorcycle Business and the invite reads – ‘Showcase of new age Pulsars and share company’s future plans for the segment‘.

Bajaj, however, may share their future plans for their upcoming motorcycles and we may have some more details of the new Avenger and the 400cc Pulsars.