Just like most of us, I hope you have been watching two girls on TV fight with each other to grab the pillion seat of the Bajaj XCD 135 DTS-Si. Even though the concept is very lame because every bike in India has only one pillion seat!, Bajaj has managed to create quite some buzz around this bike by spending heavily on advertising. Yesterday I went to the nearby Bajaj showroom to have a look at this bike. 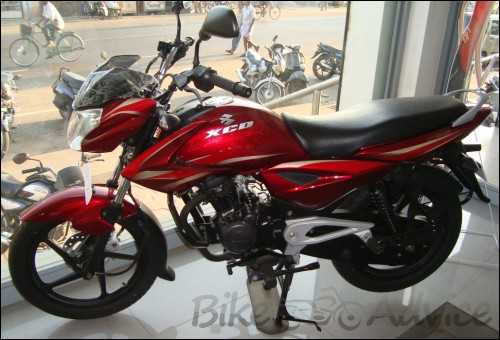 The bike is priced around Rs.51,000 here in south India and packs quite a lot of features for a bike of this segment. Some of the major highlights are – 135cc DTS Si engine with the same technology used in Pulsars, Electric start, Disc brakes, Nitrox suspension and 5-speed gear box.

After the launch of the Suzuki GS150R, the digital instrument panel has become quite famous. Bajaj XCD 135 DTS-Si incorporates the same kind of console, but I would say that the quality of finishing is not that good. 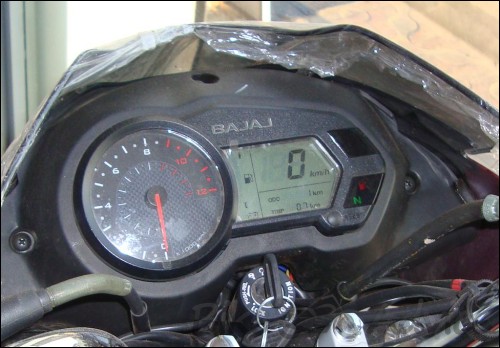 The design of the head lamp is something new and different. Some may like it and some may find it not so appealing to the overall look of the bike. 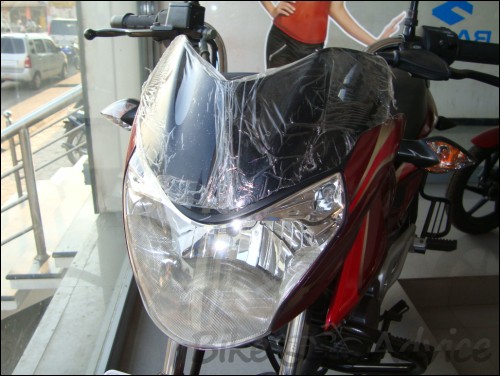 The indicator lights have a unique and aggressive design not found in any other bikes. 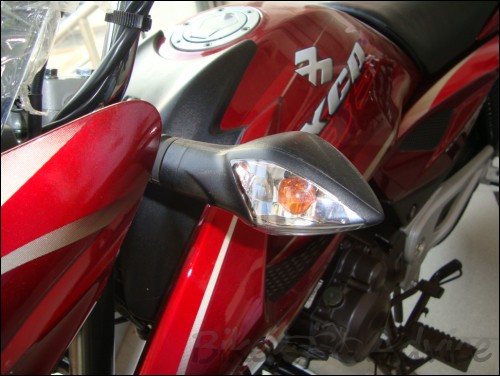 The tail light of the bike could have been made more prominent. Anyway, for a bike of this price, you get more than what you pay for. 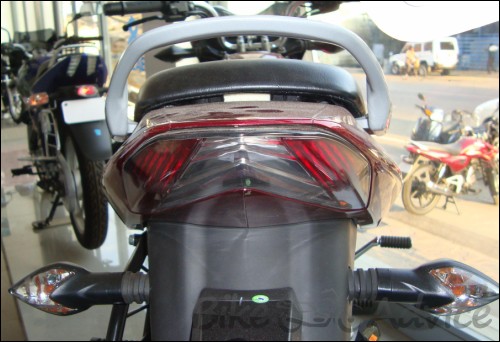 If you are ready to spend another 10 – 15 grand, you can get a much better and solid bike from Yamaha or Suzuki. I would give this bike a rating of 6/10… honestly, I am not impressed with this bike.