If we date back our thoughts to the era when we only had the expensive CBZ (classic) or the ‘not-so-good-looking’ Fiero as the only performance bikes available in the country: And then came 2001 when Bajaj launched the Pulsar twins – 150 and 180 which revived the motorcycling scenario in the country completely. 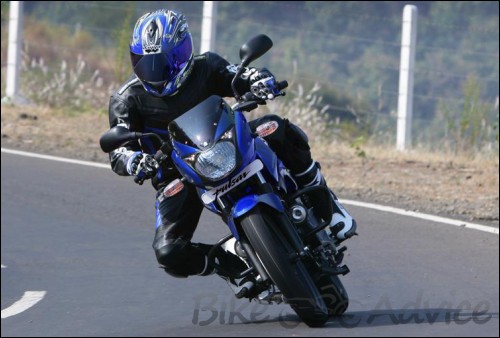 Since then and till now, in a period of approximately 10 years, Bajaj has sold 5 million Pulsars. It was announced by Bajaj while declaring March 2012 month’s results that they have exceeded 5 million sales of the iconic Pulsar.

With the completion of 10 years of sheer dominance in the more powerful segment, Bajaj’s next generation Pulsars are in the queue and the first trace is the Pulsar 200NS (Naked Sport). The next gen Pulsar has already been touted to be the next big thing in the biking market even before its launch. Currently Bajaj is testing the Pulsar 200NS and the bike should be making its final appearance soon. We hope to write the ten millionth Pulsar article sooner than this…