Country’s second largest manufacturer, Pune based Bajaj Auto, which till now was having a horrendous time with its sales for the past year, is on a roll and has posted the best quarter ever in its history till date. The net profit of the firm increased a whooping 118 percent to Rs 402.83 crore from Rs 184.91 crore it reported in the same period last year. 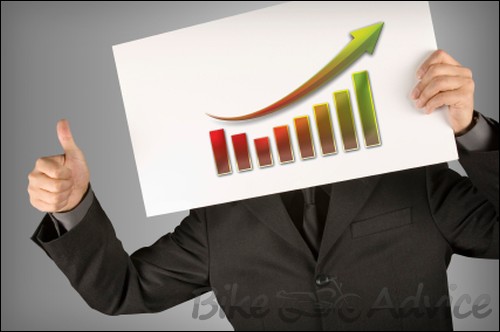 Total sales during the quarter were 5,99,641 units up 7 percent in contrast to 5,61,477 units during the previous year. Total income also rose 15 percent to Rs. 2887.51 crore from Rs 2519.18 crore during quarter two of the last fiscal. Operating earnings before taxes, interest and depreciation were 22 percent against 13.6 percent last year which also surpassed the previous best of 19.5 percent in the first quarter of the last fiscal.

Mr. Kevin D’Sa, Vice-President, Finance, said that the good results were on account of the strategy to focus on the more profitable category of bigger and sportier bikes. The company will continue to build brands going forward which is a great sign for performance enthusiasts all over the country. Bajaj has identified Pulsar and Discover brands which would be the primary growth engines for the future. Recently launched 100cc Discover DTS-Si has already sold more than a lakh units in its first 50 days and cumulative sales to date are in excess of 1 lakh 60 thousand units which is a remarkable number for the company and a proof enough of the mistake Bajaj did leaving the most volume churning segment of the market nascent. Bajaj has decided to post 1 lakh unit sales for each brand (Pulsar and Discover) with Platina and XCD brands chipping in more to the tally by March 2010. However ambitious the figures may seem but looking at the roller coaster ride Bajaj is on, anything seems possible and achievable.

To bolster its image as a performance biking manufacturer Bajaj recently unveiled the most sought after 250cc bike in the world, the Kawasaki Ninja 250R which heralds a new beginning to performance biking in the country. This along with the launch of “the Fastest Indian” Pulsar 220 DTSi clearly depicts the company’s intentions. Forthcoming launches from the company are expected to target the performance seeking crowd in the market. Indications are that there is a new Pulsar on the cards within a few months along with one more premium segment bike and we might also see upgrades to some existing bikes as well. So everything seems set for Bajaj, let’s hope they continue to provide us bigger and better products with each passing quarter.