Bajaj auto is probably the one most scouted for motorcycle makers in the country. As per the latest news and happenings, Bajaj, raised their stake in the Austrian’s KTM Power Sports AG by 1.21 percent. With this additional stake of 1.21 percent Baja’s share in KTM will increase to 39.3 percent. News has it that Baja were interested in KTM from the very beginning as they were keen to invest and were thus buying shares of KTM from an open market. However KTM group has made it clear to the Bajaj group that they will not be ready to sell out. This news will certainly have a good impact on the forth coming street bike called KTM Duke. Cross Industries (the group that operate KTM) said that they will continue to hold at least 50percent stake in KTM. 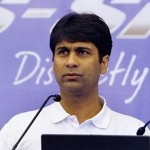 Back in 2007 Bajaj had invested 1000 crores approximately to bag in 14.5 percent f the KTM’s stake. Back then Rajiv bajaj was expecting a seat on the supervisory board of KTM but he did not outline the company’s strategy. As per the latest stats the stake holders in KTM consist of Cross Industries holding 50.1 percent, Hoffer Private Foundation with a little more than 5 percent and other investors with a marginal 5 percent stake. Bagging such a wonderful percentage of stake has helped Bajaj achieve the honor of second largest stake holder in the company.

Even after bagging 39 odd percent of stake in KTM there is no stopping Bajaj group. The company aspires to acquire the management control of KTM by the year 2013.The total value of Bajaj’s share in KTM is valued at Rs.1400 Crores. The two companies have been working together in the areas of R&D, manufacturing, developing new models and increasing revenues. The new models developed by the joint venture will be sold under the brand name KTM starting from Europe. These new bikes will be manufactured in the Chakan plant of Bajaj. Bajaj is much interest in KTM because the Austrian company made a fast recovery after it was hit by a meltdown and also the use of technology by the brand is great. All in all, the news from the center is that Bajaj has raised their stake in KTM and is looking to even run the management of KTM by 2013. We will have to wait and see what happens next.