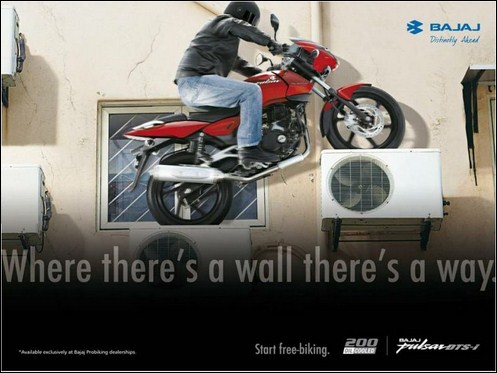 During the two-day festival, delegates will have opportunities to learn and be inspired by the greatest minds in the field, see showcases of the best in marketing effectiveness, and honour the winning work at the AME Awards ceremony. This year’s theme of ‘unpacking effectiveness’ will set about to examine what effectiveness means in the modern day marketing environment.

The Asian Marketing Effectiveness Awards, now in their 9th year, are designed to celebrate the outstanding collaborative efforts of client marketers and agencies. The Awards have come to be recognised as the region’s most rigorous effectiveness competition.

The Awards provide the industry with a platform on which to encourage great work and talent, thus elevating the standards of marketing in the region. They are notably different to other competitions; they not only identify the best creators and thinkers, but crucially reward those that add value to consumers and businesses. Importantly, the Awards acknowledge the role of innovative strategy as well as creative craftsmanship in achieving results, and therefore unite creativity with effectiveness.

Awards were distributed for 16 sections under various titles. Among that, there was one section called ‘Best Sustained Success’ in which the winner was Pulsar bike’s ad created by Ogilvy & Mather.

Here are the details of it…

Objectives: India’s home-grown Bajaj Pulsar sports motorcycle was in 2004 facing serious competition from Japan’s Honda, which controlled 60 percent of the market, and Yamaha, both of which were ramping up their presences with new sports bikes. The Japanese brands had superior racing credentials and Honda by the end of 2004 claimed 30 percent of the performance segment, which until then was dominated by Pulsar. The Indian brand set two big goals to combat the competition: grow faster than the Japanese by outselling Honda and Yamaha combined annually; and make Pulsar a US$1 billion brand by 2010. 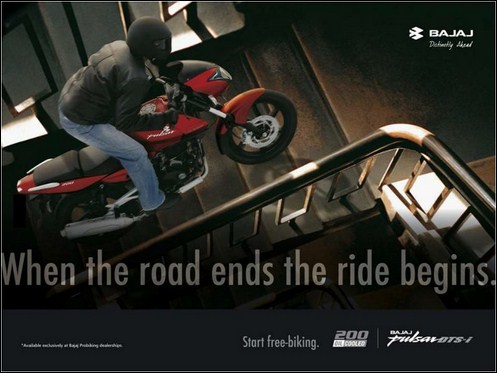 Strategy: Realising the brand had a technology disadvantage against Honda and Yamaha, and that those brands were synonymous with racing, Pulsar decided to create a measure for performance that was beyond racing and that connoted performance. By focusing on its uniquely strong attribute of ‘handling’, Pulsar turned to bike stunting to prove the bike’s taut handling, quick throttle response, rugged build, and manoeuvrability. Through its advertising from 2005 to 2010, the brand used stunting to show its superiority over its Japanese competitors, including a famous 2008 TVC that featured a ballet of bikes. In 2009, Pulsar created Pulsar MTV Stunt Mania, India’s first bike stunt reality show, which ultimately replaced conventional advertising in Bajaj Auto’s marketing plan. In 2011, Pulsar became the official sponsor of India’s first professional stunt riding team, Ghost Ryderz. 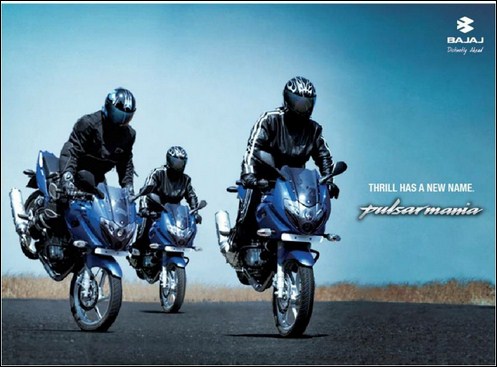