Continuing with our report on the speculated bikini faired Pulsar 220 DTSi, we bring to you the news of its official launch along with a sneak into what the bike offers. Bajaj has launched the naked version of the most powerful (single cylinder) sports bike in India, the Streetfighter Pulsar 220 DTSi ‘S’. 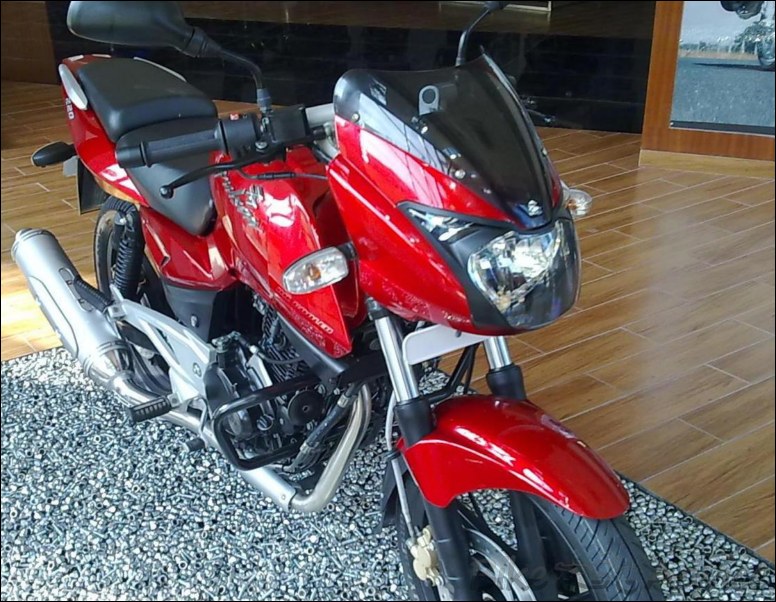 This might answer the many questions we receive about the reason of the discontinuation of the best looking Bajaj, the Pulsar 200. We enlist the various features and changes in the new version.

Bikini Fairing: The front bulbous semi fairing gives way to a smaller sibling’s reminiscent bikini fairing. It’s a similar fairing which has been doing rounds on almost all the versions of Pulsar, right from the 150 to the 180 to the discontinued 200. The smaller headlamp would enhance the beastly looks the bike boasts off. We were more interested in a round headlamp as well similar to the ‘classic’ era! 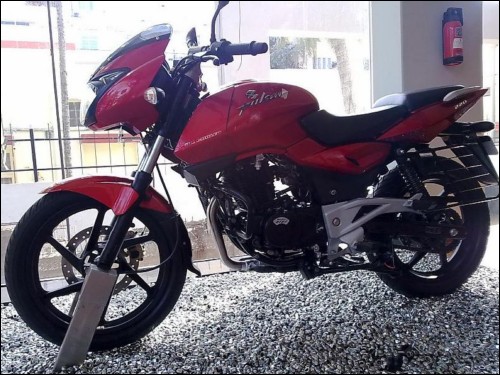 No Projectors: With the removal of the semi fairing, the bike also sheds off the projectors it sported on the F version. While the 220 F and the 220 DTS-Fi were the best and the most applauded bikes when it came to lightning dark roads and highways because of the projectors they came fitted with, this bike would need to do without all of that. It’s imperative that the small headlamp did not have enough space to accommodate the projectors. We would have loved to see Bajaj accommodating projectors in that small set up to show us their engineering prowess. Even a single beam would have been a worthy applaud. But, it was not done all because of a reason, COST!

Altered Rear View Mirrors: We repeat, the standard mirrors on the 220 Fi and F were/are as useless as talking sense to Rakhi Sawant! With the faring giving way to a smaller headlamp, the mirrors are mounted on the handle and, hence, we expect a better view from the RVMs now. 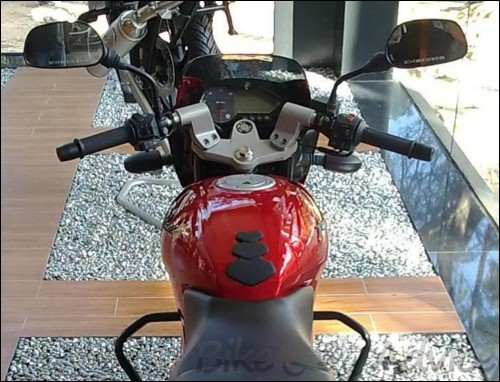 Revamped Stickers: All the Pulsars have gone a slight revision in the sticker which read the model of the bike and this 220 also has a ‘220’ embossed sticker with nothing else written apart from it on the side fenders. You ask our view? It doesn’t look good!

Almost everything remains the same apart from the above mentioned changes. This means that the bike would sport exactly the same engine, same power, same 32mm carburetor, and same ergonomics along with the sheer fun and the adrenalin rush the bike has become known for. 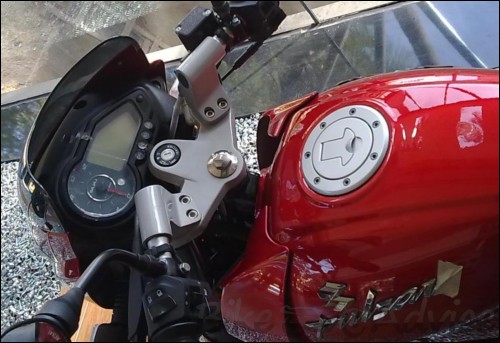 Expectations from the new model:

Pricing: And here comes the decider which would put all the other companies to scratch their heads and compel them to rework on their strategies. As reported earlier, the bike would cost around 3 grands lesser than the existing 220 F version. The current Pulsar 220 DTSi F retails for less than 79k (OTR, Pune) and this naked version of the bike would retail at a little less than 76k (OTR, Pune). In Delhi the bike would sell at a price tag close to Rs 72,500 OTR. Can it get any more VFM than this! 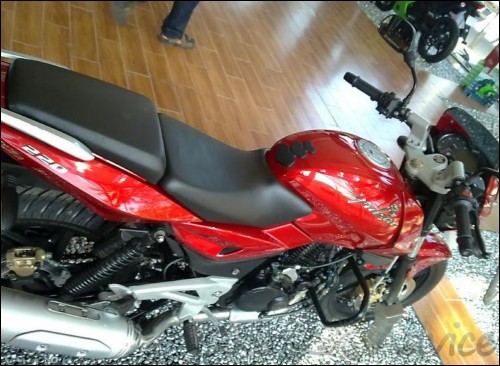 Competition: Through this masterstroke Bajaj has targeted a huge myriad of bike options in the country today which would include Apache RTR 180 from TVS, Yamaha FZ 16, FZ S, Fazer and YZF R15 from Yamaha and Karizma R and the recently launched Karizma ZMR from Hero Honda. After launching the 4 valve Pulsar 135 LS recently along with this one, Bajaj has cleared their intentions of challenging the bigger players of the game. We just hope Bajaj works this hard on their after sales service and quality of parts as well!