Some call it a bumblebee, some call it a street fighter, and for some, it’s a newly styled muscular beast. Yes, I’m talking about Bajaj’s latest product “Pulsar 200NS”. A bike which stands for the term “evolution” in Indian biking history. I’m Anand, a bike enthusiast from the ‘City of joy’, Kolkata. Here’s the review of one of the best things in my life.

How It joined my life

It was the month of June when I had my CPT (C.A. foundation exam) and the only words that was tingling my mind were ”Pass the foundation exam n then u can have a bike” (Said by my dad). So after the exam (which went so good which I knew for sure I was going to pass) I started shortlisting bikes. Those days I used to ride my dad’s 15 year old Hero Honda Splendor, even though I learnt biking on TVS Victor and Bajaj Discover, I used the Splendor for more than a year to get my hands on a bike perfectly so that I can jump on to a bigger one easily. 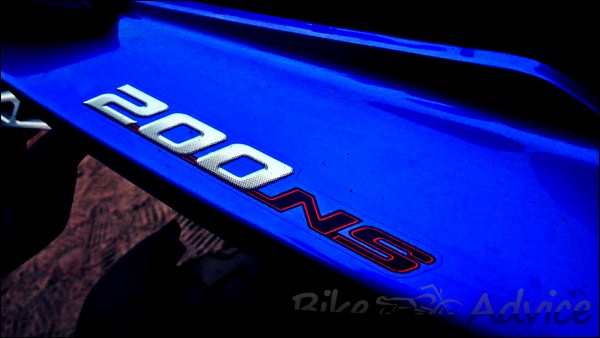 A year before when I used to learn, I really liked the TVS Apache for its acceleration, looks, the exhaust note, etc. But when it came for me to choose a bike, TVS discontinued it and introduced a ‘Beast’ RTR. I was really disappointed with it. So I thought of shortlisting bikes (Sport Oriented). My dad advised me to go for Honda CBR 250R. I also liked the CBR for many reasons. 25 Ps of power, the handling, smooth engine, it was very tempting. But if it was to buy a bike after paying 2Lakhs (cost of CBR250R ABS variant approx.) it would had been better to move on to Ninja 250R. But since I was jumping to a bigger bike from a 100cc bike, I never had that confidence that I could control so much of power.

So I started shortlisting bikes those were good at handling, rear disk brakes were a must, performance and a decent fuel economy. The bikes which came out of shortlisting were (In preferential order), Honda CBR 150R, Yamaha YZF R15 v2.0, KTM Duke 200 & Bajaj Pulsar 220F (since at that time 200NS was launched at some places in India and I was really not so sureabout how that bike would be). 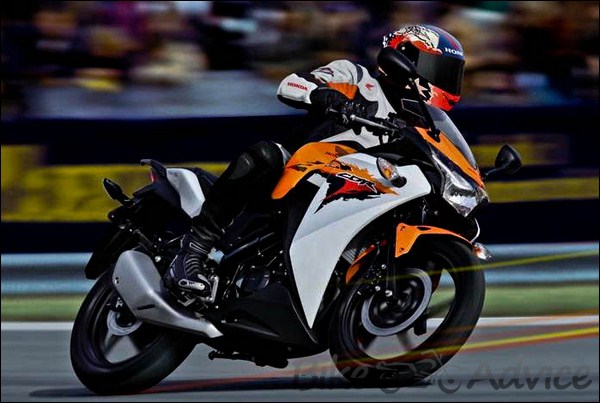 It’s a great bike for starters. Nice handling, flickable, 18PS of Power. It was all good. The major downer I faced was its price. It was highly over priced at 1.4L (on-road). Plus the rumors surrounding the non-availability of CBR spare parts restricted me from buying it. 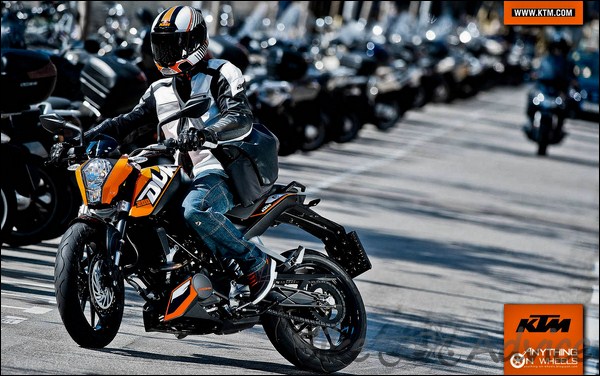 The Duke of street bikes; a fun to ride machine, the refined KTM engine, full digital console, and the sexy trellis frame, the orange machine grabs attention of everyone on the road. The bike can be considered the best when it comes to performance, but comfort? Duke wasn’t up to the mark. Plus the light machine, the power to weight ration king had too much of power in it to make me confident about it. It was also priced almost same as the CBR 150R. 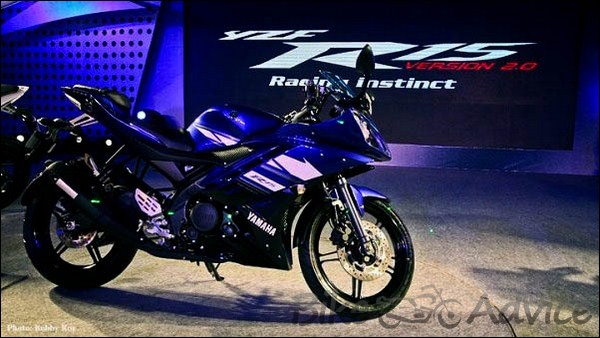 This is the bike which has got the super sport looks to die for. Its styling inspired from its elder siblings was very aggressive and one of the best present in India (for those who want to taste a track machine). I myself prefer the faired bikes like this than any other kind. But I guess it didn’t please my parents that much. The super leaning seating posture, high raised pillion seat, even lack of grab rails, made them go against it. After a long argument in which i failed to convince them, I had to drop the option.

So the only choice I was left with was Pulsar 220F. It was priced nicely, was a good performer. It was a nice option, but my father was still against it because it was quite outdated, and advised me for 200NS. Then the long tussle over the two products, which one is the better one, hovered over my mind (which I saw many people were facing). My friends also started forcing to take it. Then one day when I was surfing over pages saw a Delhi boy’s mileage figure (shared of his 200NS) to be 45kmpl. 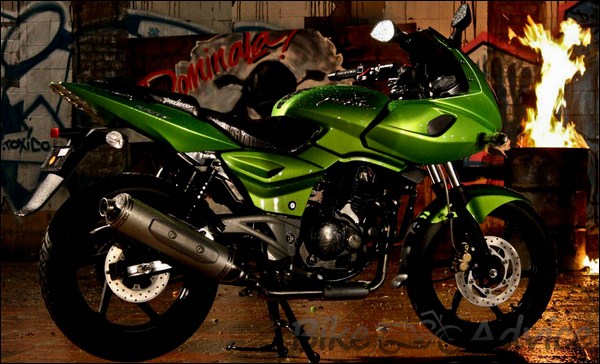 I was really astonished to see it as for a 200cc bike, it was really surprising. It gave more mileage than all of the bikes I shortlisted which meant I can ride it even more without worrying about the fuel prices. I quickly read about the KTM inspired triple spark engine Bajaj invented and thought it was worth giving a try. I saw many bike reviews and videos by them (one of which really influenced me was of the “Power to the Rider” ) and made me realize that the bike was really a blast and maybe I’m wrong about the way I think about it (Like it stand no where against to 220F n all).

Then the day came when I came to know that 200NS is launched in rest of India. I quickly went to the showroom to have a look at it, and there it stood, a big muscular yellow NS. I looked at the specs the bike and everything seemed good to me. I asked for a test drive and they were kind enough to let my try the yellow beast. The bike drove me crazy the moment i released its clutch. Everything in the bike was according to my needs. One cannot feel the power as a raw brute force, its rather more like a polished creature, which i didn’t find it difficult to control.

The mileage figure quoted by them was 35-40 kmpl in city, which was like other shortlisted bikes of mine so it really didn’t bother anyone in my family too. So I went directly to the main dealer (Since he quoted the cheapest price for it) and booked my NS in blue color. I was given a waiting period of 25 days min but they said they’ll call it in evening and tell the date when I can get it. I happily returned home and as I reached, they called and asked me the blue color has arrived and whether I can take delivery today?

I was very excited. The following day I went to the showroom and took the delivery (Costed me @95500 plus 900 for registration which was way low in costing when compared with other bikes i shortlisted) & as I rolled down the streets, I got the amazing feeling of a headturner (Mine was one of bikes that came in the first lot, so people were kind of watching the bike for the first time).

The CB1000R inspired headlamp, pressed steel perimeter frame, sleeker tail, fatter rear tyre gives it a stunning naked street-fighter’s look. The bike has also got a huge muscular tank which adds to the look of the bike. I mean if the 220F looked a beauty due to the Ducati 749 styled headlamp, I’ll say it’s the muscles on this bike that makes it best looking Pulsar ever. 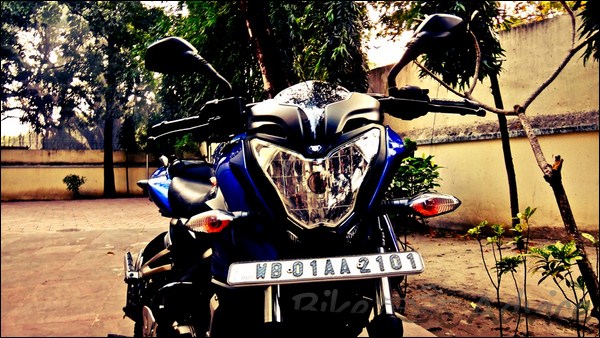 The bike has got a new digital console as well which provides more info than the previous one and looks cleaner and better than it too. The few downers in its styling are rear tyre hugger which splashes a lot of mud especially on the pillion rider (If there’s any). Then it’s the height of the bike, its high for a short heighted person to drive. It also makes it difficult for the pillion rider to mount on the bike. But other than it Edgar Heinrich (The one who designed it) has done a great job. Almost nothing is similar to the older generation except the pulsar speedlines which made it look similar to the pulsar brand. 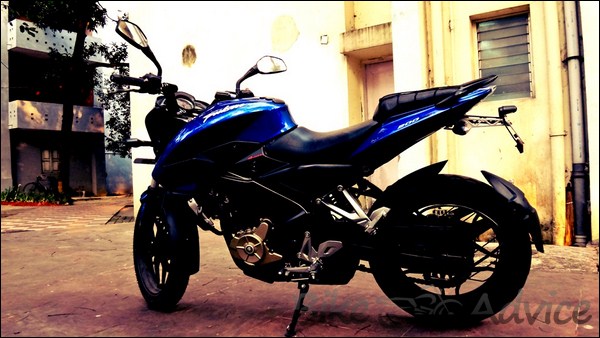 The 4-valve triple spark liquid cooled engine delivers 23.52 Ps of Power @ 9500 rpm & 18.3 Nm of Torque @ 8000 rpm and weighs about 145 kgs which gives it an impressive power to weight ratio of 162 Ps/ton. The bike achieves 60kmph at just 3.61s and 100kmph at 9.83s (Company claimed). It’s got 280 mm & 230 mm Bybre front and rear petal disks with floating calipers. They work like a charm and stops the bike smoothly irrespective of what speed you are driving at. But as far as the tyres are concerned, they are really not up to the mark. 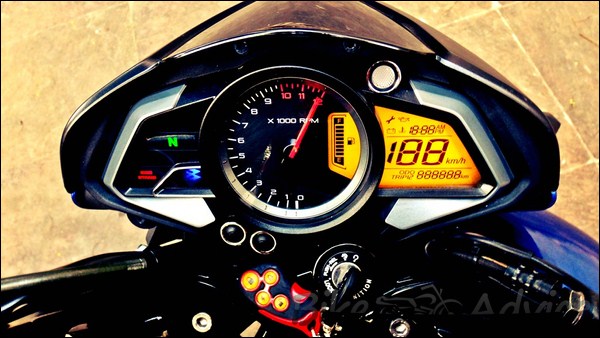 Coming to the handling, the perimeter frame and stiff suspension along with the underbelly exhaust (which helps a lot in mass centralization) allows u to take corners beautifully. Many people often complain about older generation Pulsars or even Pulsar 220’s weak fairing, which made one feel like a ping pong ball, the perimeter frame gives you the confidence of cornering like an experienced track rider. But when it comes to off-roading, the stiff suspension will be a pain in your butt. But the bike stays stable on those conditions as well pleasantly makes its way through it. The 200NS with its upright seating posture is quite comfortable. Seats are also well padded and are comfortable on long rides as well.

Small Downers of the Bike

1. The horns are very weak, especially for highway riding.
2. Eurogrip tyres aren’t good enough, Replacing it with a set of Pirellis will be great.
3. Height of the bike is high n can be a problem for medium built guys, also it requires a lot of effort for the pillion to mount on the bike like the R15 v2.0.

As far as I hope one cannot find any more downers other than these because otherwise the bike is great. 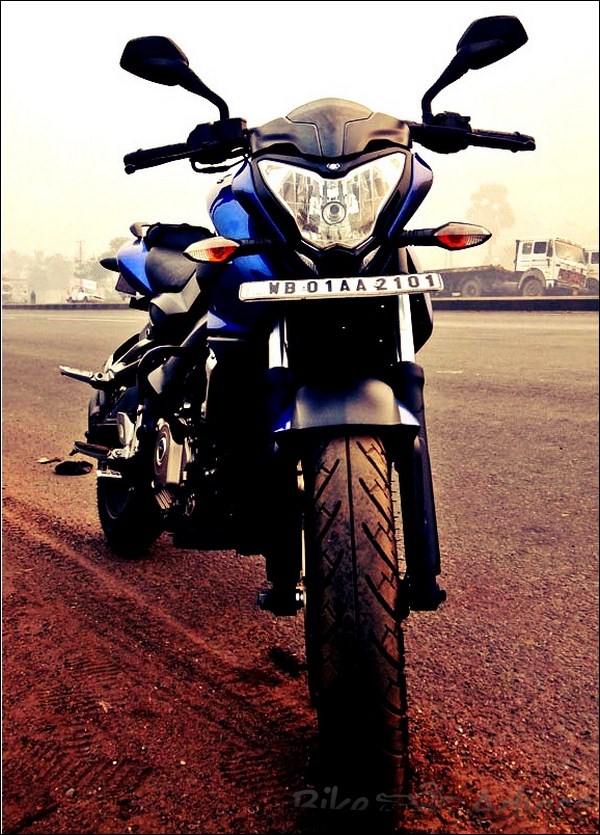 After using this bike since 24th August, I never felt that i have made a wrong decision by choosing it than the other bikes (even tough its a non faired bike, but its got the styling which would make you forget about it). The Pulsar 200NS has truly come out as a Next-gen Pulsar. The value for money machine can easily attract anyone from taking other biggies of the market from the package its offering at such a low price. We can now say that it’s going to be hard for other manufacturers to compete against it in the market too. Overall the Engine Smoothness, Linear Power Delivery, Exhaust Note, Styling, Handling, it excels in all of them when compared to the older generation pulsars. Hence, one can say without hesitating that it is “The Best Pulsar Yet”..