In continuing with our earlier report, Bajaj Auto has launched the new sibling to the Pulsar family, the Pulsar 135LS today. And as we see it, Bajaj has come out with a huge seller. The bike is powered by a 135cc DTSi engine and as has become the trend with Bajaj, the bike boasts of some pretty good “Indias firsts”. The prime-most and the most impressive among them is the introduction of 4 valve technology because of which the smaller 135cc engine produces power which might silent some bigger 150ccs to death. 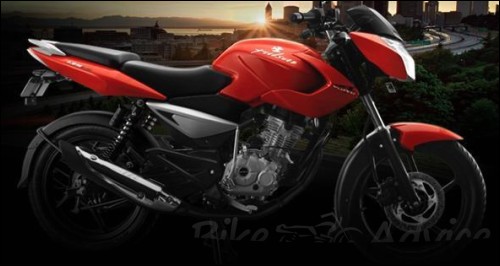 The peak power output of the bike is a striking 13.5ps @ 9k rpm and the peak torque of 11.4Nm is produced @ 7500 rpm. The weight of the bike has been kept bare minimum to give it an edge in the power to weight ratio which in turn would lead to better driveability. The bike would be available only in two ravishing colors, Wine Red and Midnight Black. Various other (typical Bajaj) features have been incorporated on this bike to make it a different package all together, contrary to the way we were perceiving the bike to dilute the brand Pulsar. The bike has been priced at an ex showroom (Delhi) price of 51k and as we have predicted earlier would fall close to 57k on road Pune. Keep visiting this space for more as we compile the “First Look” report of the bike.