Bajaj has finally revealed its 4 valve Pulsar 135 LS DTS-i bike!  The mill of the Pulsar 135 LS is a four stroke air cooled 135cc 4 valve single cylinder DTS-I engine that mills out 13.5ps at 9000rpm with a torque value of 11.4Nm at 7500rpm. The bike is loaded with a lot of goodies to please it’s customers and one of the main features for the technical junkies are the revolutionary 4 valve engine technology where there are two intake and two exhaust valves instead of the prehistoric two valves present. 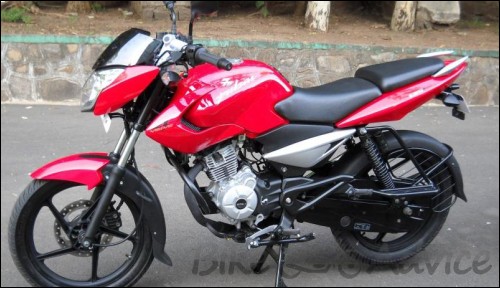 Bajaj also claims that these valves are smaller and light in weight when compared to the conventional two valve engine which helps in performance by improving the engine breathing with the additional advantages of better engine performance, pick-up, fuel efficiency and lower emission norms. The engine is also equipped with auto-choke feature as present in the new pulsar 220 DTS-I which improves cold starting conditions. The bike is also equipped with a 8 bit microprocessor chip equipped digital C.D.I unit that delivers optimum performance with advanced spark delivery and an optimum engine timing for any given rpm thus giving the best performance overall. 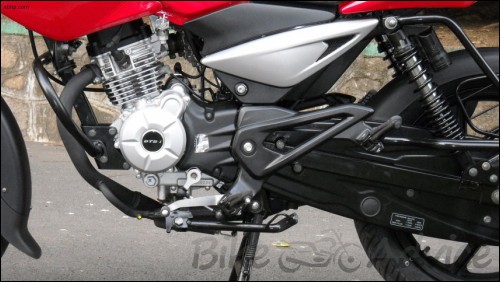 Suspension & Brakes: The bike is equipped with a telescopic front fork with antifriction bush and a rear gas charged adjustable shock absorbers with triple rate coil springs. The Pulsar 135 LS is equipped with a 240mm front disc brakes and a 130mm drum at the rear that talks of it’s stopping power.

Electricals: The bike is equipped with a 12v full DC system as seen in the latest range of pulsars with a 35/35w headlight with two pilot lamps and an all LED tail lamp. There is also a battery charge indicator that shouts out the battery charging rate.

Style: The styling of the new Pulsar 135LS is of a new age and hats off to Bajaj to think of something like this which is the first of a kind for an Indian manufacturer. Although it’s a bit disappointing when seen the bike from the rear one has to see the bike in flesh to decide whether to Love it or Hate it! The bike comes with clip-on’s as seen in the 220 and the new UG4 180 which adds style to substance. 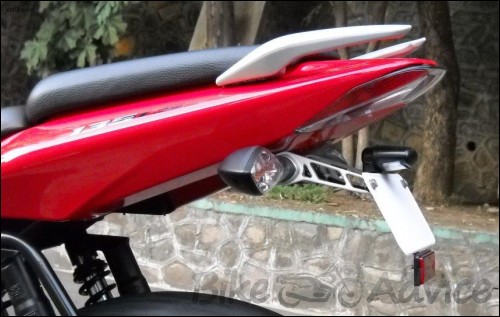 The tachometer is a digital type with analog display with fuel gauge and tripmeter being digital and the speedo in analog. The bike also comes with 17″ alloy wheels that makes city riding a pleasure. There is also some coloration in design that is derived from the premium pulsar range like split seats and split grab rails which are attention grabbers for a 135cc bike. The stop lamps are of LED’s this time which will be pretty bright when compared to halogens and will also tend to consume less energy.

Verdict: Seeing the specs the bike is all game for traffic and daily commuting and with an 8 liter fuel tank capacity and a mere 122 kg weight the bike should be well capable to handle peacefully in the city. Although the ex-showroom price and detailed specs ahs not arrived, expect a full hands-on reviews soon for the final word.