Someone removed the curtain and revealed the bike inside 2 weeks before the launch date! Here’s the photo of the to-be-launched Bajaj Pulsar 135cc DTS Si (May not be DTSi). Although the Pulsar brand name as a performance bike will get damaged a little, Bajaj probably saw the greater good (maximizing profits for the company in the short term) and decided to roll this out. 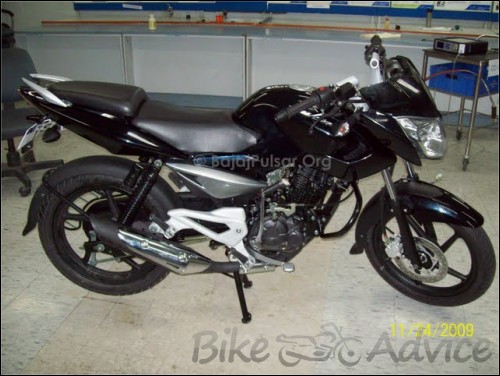 Nothing seems to be authentic in this bike. Every bit of it is taken from the original Pulsar and also from the other bikes. I heard someone say that the head lamp looks like FZ16’s with a half face helmet on it… On a second thought, it does look like it! 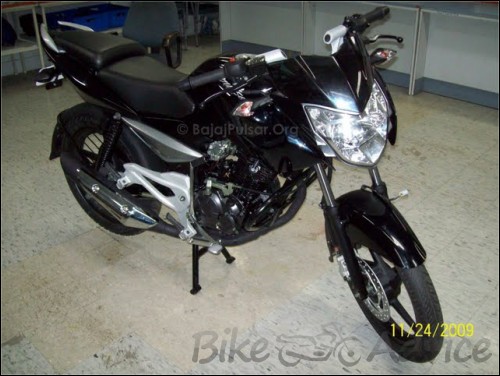 I am pretty sure that the pricing will be very competitive and Bajaj is perhaps planning to attract the 125cc market with this new Pulsar. Is this still ‘Definitely Male’? Perhaps not a full grown “Man” male… but definitely a teenage adolescent male 😀 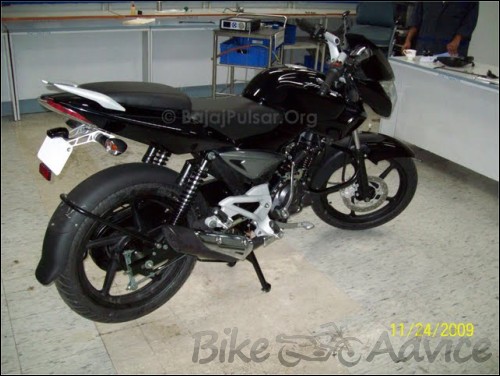 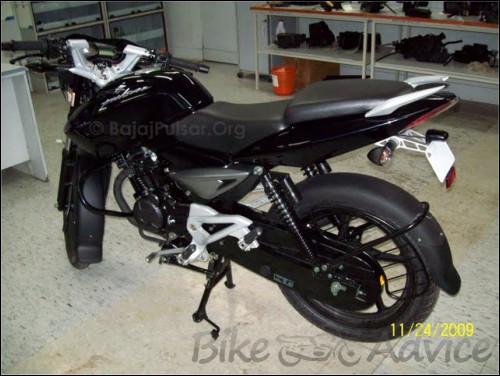 Source: No idea where these photos originated… but I took it from Motorbeam.com. Courtesy to the Man who took the photos yesterday without fearing whether Bajaj will sue him like Hero Honda did to the poor guy who released photos of Karizma ZMR, a few months back.