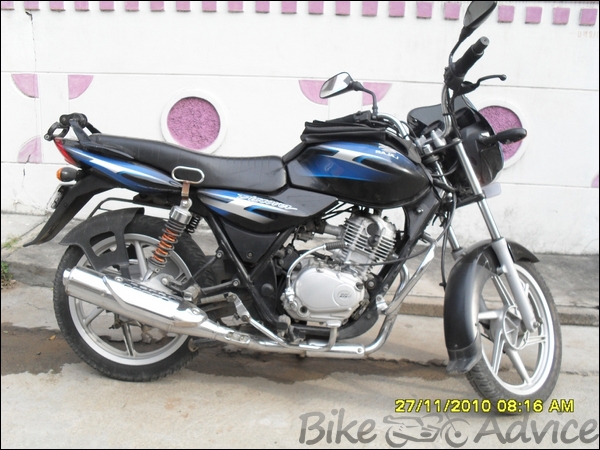 I have been reading a lot of ownership reviews and while all these are very recent, there are hardly any that you’d find for some of the older bikes, most probably due to the paucity of internet access. It has been five long years since I’ve been riding my Bajaj Discover 125 DTSi and in spite of some niggles, it has never let me down and there has never been a situation that I was stranded in the middle of nowhere, except, of course, when I was foolish enough not to check if it had enough fuel in it. 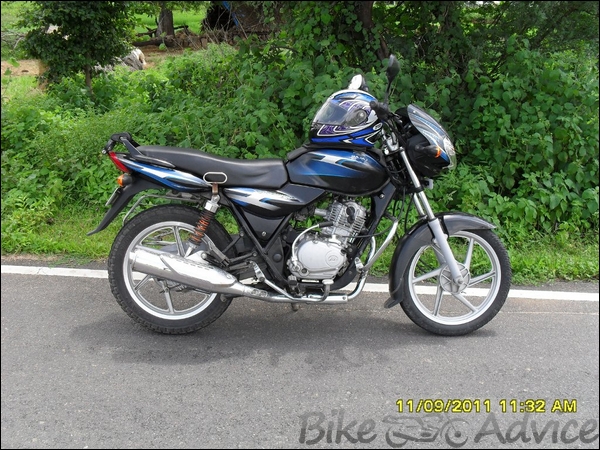 Back in the day, since May 2006, I was in the need of a bike, my office was around 10Kms from home and to avail public transport, I need to change three buses and walk around 1Km to reach office. So, I then decided to buy a bike. Prior to this, my only experience with bikes was a few runs on a cousin’s Bajaj 4S and a friend’s Boxer AT.

Just enough for me to learn how to operate the clutch. I was mostly using a Bajaj Spirit. As you can understand, my knowledge and experience of bikes was very limited. So, I started a hunt, with a friend in tow, who had much lesser knowledge than what I had and could only advice on the cosmetics of the bike.

I had already removed Hero Honda from my list, cos I was not interested in an overpriced 100cc. I was left with only the following bikes

I had to strike of the Unicorn, since there were not too many service centers at that time and I was working in the night shifts and could not travel too far to get the bike serviced. I then checked out the Libero G5 and found that though the bike was nice, it had spoke wheels (alloy wheels had made their appearance and was a rage) and the quality of switchgear, was not too good (too many gaps in the switch panel). 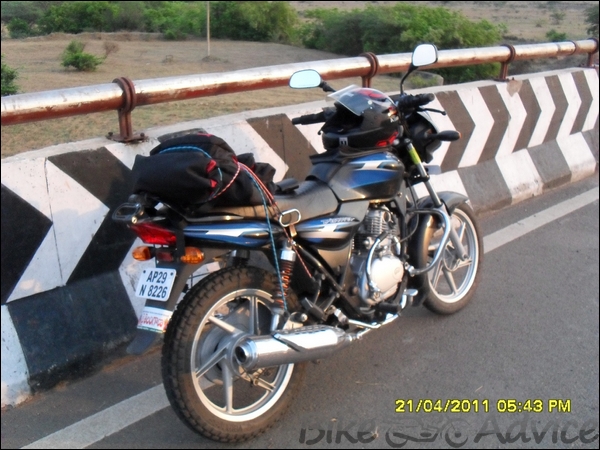 Also, a spate of accidents involving the Pulsar at that time had my parents dead against the Pulsar. So, that leaves me with no bike from my list. In the meanwhile, I went to every showroom possible and checked out all the bikes, but none really was appealing.
I was having this discussion over dinner one weekend and suddenly saw a bike, which was being shown on TV.

It was the D125 (Black-Blue). The anchor was showing the features and I stopped my dinner and kept gazing at it and listening to all the specs. It was love at first sight for me. I decided that this was the bike. I could also reason that this bike, being a 125, was a great compromise between the power of a 150cc and the economy of a 100cc.

Finally, my Dad’s colleague, who knew someone from a Bajaj Showroom, had a Sales agent get the same colored bike and I had a look at it and took a small test ride, which became a longer one since the sales guy insisted that I ride it a little more to get a hang of the bike. So, rode it from my dad’s office to home, got the necessary documents and then rode back to the showroom.

The loan formalities were completed in 15mins and yeah! I had finally got my first real bike. The On road price was 52,800 Rs and I had made a down payment of 10,594 Rs. With the rest in instalments. From then started a journey that I cannot forget. Started reading about how to care for the bike and with help from the manual and various online sources, I have been constantly keeping her in the best of shapes possible.

My first long ride was in October 2006, when I had finished my second service. It was a 600Kms round trip and I was riding Solo. I started off on Saturday morning at 9:00 AM and reached my destination at around 4:00 PM with a break of around 2 hrs in between. So, a distance of 300Kms in 6 Hrs (with other breaks).

Since then, I’ve had several solo and group rides to several places and the bike has been performing consistently. But after the first 6 months of using the bike, I had to change my job and my new office was around 25Kms away but I was being provided company transport. So, my bike rides were reduced to weekends and to run some small errands.

I have been ensuring though, that the bike gets the best attention possible, with the exception being, in 2009, when I got her serviced in March and till November, I had hardly ridden her for 1500Kms. Finally, gave her to the Castrol bike zone, which did a tremendous job with the servicing.

The bike was feeling as good as new, but all these days of neglect, or the mechanic’s incompetence, left her with a permanent scar in terms of mileage. I used to regularly get a mileage of 60-65Kmpl (I swear). But after this servicing, though the bike was feeling new, the mileage reduced drastically to 35Kmpl. It was after several rounds of servicing at various places, it has now settled to a steady mileage of 45 in the city and 40 on the highway. I have recently completed 35,000Kms on it and the only parts I’ve replaced are:

I had started searching for a new bike in the recent past, since now, my regular commute is my bike and my office is 35Kms away from home, but except for the decrease in mileage, there is no real reason for me to sell my current bike. Some points I noticed during all these years.

Now for the Pro’s and Con’s

Hope you liked my review. Please leave your comments 🙂